Samuel Moyn is Henry R. Luce Professor of Jurisprudence at Yale Law School and Professor of History at Yale University. His areas of interest in legal scholarship include international law, human rights, the law of war, and legal thought, in both historical and current perspective. In intellectual history, he has worked on a diverse range of subjects, especially 20th-century European moral and political theory.

Economic and Social Rights Are Not Egalitarian
By Krisztian Simon, Samuel Moyn

Human rights and neoliberalism both rose to prominence in the last decades of the 20th century, but what is the relationship between the two? 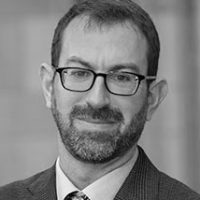