Pierre Jonchkeer is a Co-President of the Green European Foundation. He was member of the European Parliament from 1999 – 2009 and is a Professor of European affairs at the University of Louvain (UCL). Pierre is an Honorary Senator of Belgium.

For a Europe that unites, rather than divides people
By Krisztian Simon, Pierre Jonckheer

The idea of a European Community, based on a promise of shared peace and prosperity, was dealt a strong blow this summer, in a way that we couldn’t have expected even months before.

EN
Read more
“Europe Is Us”
By Pierre Jonckheer

“L’Europe, C’est Nous” (Europe is Us), by Edouard Gaudot and Benjamin Joyeux, invites us to consider the “real Europe” – a daily reality made up of exchanges, networks, mobility and cultural dialogue – in the face of huge challenges. The worrying results of the May elections mean we must look beyond the present and, above all, not despair. A review by Pierre Jonckheer.

The Green European Foundation aims to provide a platform for Green foundations to interact and collaborate at a European level.

The Eurozone crisis is driving further integration and exposing weaknesses in the Union’s structure. However, the need for reform shouldn’t be used as a cloak to introduce further neoliberal measures.

Responding to the debate sparked by the publication of ‘For Europe’ by Cohn-Bendit and Verhofstadt, GEF Co-President Pierre Jonckheer argues that the crisis is forcing each Member State to question staying together, each presenting a different response.

EN
Read more
How Green Is the State of the Union?
By Pierre Jonckheer 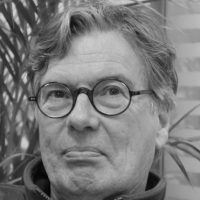