Laurent Berger is a French trade union leader, who has been involved in the trade unionism since the early 1990s. Since 2012 he has served as the general secretary of the French Democratic Confederation of Labour. As of May 2019 he was also elected president of the European Trade Union Confederation.

Trade union leader outlines why the cost of living crisis is key to the French elections. 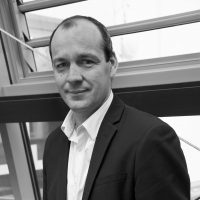