Lefteris Ioannidis is the Mayor of the town of Kozani, in Northern Greece. He was an MP candidate for the Green Party in the 2007 and 2009 elections.  After running with the municipal movement ‘Kozani Place to Live’ he was elected Mayor in 2014. He is also the President of the Green Greek Cities Network.

How much difference can a Green mayor make? An interview with Lefteris Ioannidis, mayor of Kozani, Greece. 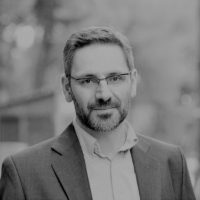