Roccu Garoby has been a policy advisor working on budgetary affairs for the Greens/EFA group in the European Parliament since 2011. Politically engaged in the Partitu di a Nazione Corsa (PNC) since 2010, he was the President of the European Free Alliance Youth between 2011 and 2016. He also publishes weekly articles on European affairs in the Corsican weekly newspaper ARRITTI.

From Corsica to Scotland: Autonomy in Europe as the Progressive Alternative
By Roccu Garoby

In overlooked parts of Europe, nationalism or regionalism is the basis for a progressive politics looking beyond the status quo.

There is a kind of nationalism in Europe that is not only progressive, but has the potential to reinforce European integration. 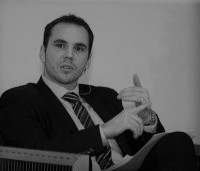