Thomas Fazi is a writer, journalist, and activist. He is the author of The Battle for Europe: How an Elite Hijacked a Continent – and How We Can Take It Back (Pluto, 2014) and of Reclaiming the State: A Progressive Vision of Sovereignty for a Post-Neoliberal World, co-authored with economist Bill Mitchell (Pluto, 2017).

Italy’s elections: what do they mean for Europe?
By Thomas Fazi

Distinguishing between drama and reality is key to understanding an Italian election that lacks substance on all sides when it comes to Europe.

EN
Read more
Tax havens must be closed, but not for the reasons you think
By Thomas Fazi, William Mitchell

It's not just about the tax havens, the state can do better than blaming tax evasion for poor public services.

European progressives must prevent Macron and others' efforts to increase the extent of the EU's fiscal union, as these will only make Europe more undemocratic and neoliberal.

EN
Read more
TTIP: We Were Right All Along
By Thomas Fazi

Despite some positive signs, the European economy remains extraordinarily weak. To escape deflation and solve problems like unemployment, what is needed is a whole new approach to getting money into the economy.

The sovereign bail-outs of Greece, Ireland, Spain and other countries are often framed as loans handed out to the poor, irresponsible countries of the periphery by rich, responsible countries like Germany. They might come with very harsh conditions attached, but their aim is nonetheless to help the recipients. But is that really the case? 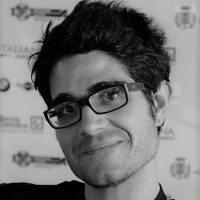