Tjitske Akkerman is a researcher at the department of Political Science at the University of Amsterdam. She is interested in nationalism, populism, and radical right-wing parties. Her work has been published in Party Politics, West European Politics, Government and Opposition, Patterns of Prejudice, Political Studies, Journalism, Journal of Political Ideologies, Acta Politica. Together with Sarah de Lange and Matthijs Rooduijn she co-edited the book Populist Parties in Western Europe. Into the Mainstream? London,  Routledge 2016.

Will Liberal Democracy in Europe Survive 2019?
By Tjitske Akkerman

Populism is malleable and isn't the problem. The xenophobic nationalism that underpins certain populist movements is what threatens democracy. 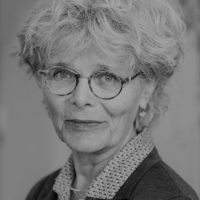