Yannick Vanderborght is professor of Political science at Université Saint-Louis – Bruxelles (Belgium), where he belongs to the Research Centre in Political Science. He is also a guest Professor at the University of Louvain, and a member of the Hoover Chair for economic and social ethics. In 2014 and 2016, he was a visiting professor at Kobe University (Japan). He has published several books and articles on basic income and poverty alleviation. His most recent book is Basic Income. A Radical Proposal for a Free Society and a Sane Economy (with P. Van Parijs, Harvard University Press, 2017). He is also the co-editor of Basic Income: An Anthology of Contemporary Research (with K. Widerquist, J.A. Noguera, and J. De Wispelaere, Wiley Blackwell, 2013), and of Basic Income in Japan (with T. Yamamori, Palgrave Macmillan, 2014).

The Progressive Package: Getting Unions Behind Basic Income
By Yannick Vanderborght

An interview with Yannick Vanderborght on why trade unions oppose basic income and whether we can expect that to change. 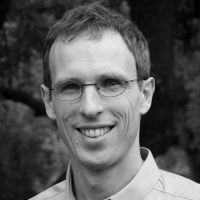