It would be an illusion to believe that irregular migration will come to an end as a result of the legally dubious deal agreed between EU leaders and Turkey on 18 March 2016. Instead, we should recognise that migration is a natural human phenomenon, which has to be managed as such, and reform the dysfunctional EU framework on asylum and migration.

All Greek to me: the deal in practice

The deal between EU leaders and Turkey, reached on 18 March 2016, appears to have become, despite the absence of democratic scrutiny and parliamentary oversight, the new pivot of the EU agenda on migration.

In a quixotic attempt to “end irregular migration“, EU and Turkey agreed with the deal on a policy of blanket returns of “all new irregular migrants” arriving to the Greek shores after 20 March 2016. In exchange, EU Member States agreed to accelerate visa liberalisation for Turkish nationals, boost existing financial support for Turkey’s refugee population and to resettle, on a voluntary basis, a maximum of 72,000 people, an exiguous total number that corresponds to the 3% of Syrian refugees already registered in Turkey and only to the 0.01% of the European Union population.

In practice, the implementation of the statement has so far led to the forced return of 343 people from Greece to Turkey and, in the name of the newly agreed “1:1” principle according to which, for every migrant deported from Greece to Turkey another Syrian national will be resettled from Turkey to Europe, to the resettlement of 103 Syrian [2] asylum seekers from Turkey to the European Union. In Greece, it has led to the systematic detention of refugees and migrants in appalling conditions, including the detention of mothers with babies, children and people with disabilities or serious illnesses [3].

The first report presented by the European Commission on the state of play of the implementation of the EU-Turkey deal presents these modest figures as a success, noting a “sharp decrease in the number of irregular migrants and asylum seekers crossing from Turkey into Greece“, yet omitting to mention that about 8,000[4] refugees and migrants are still currently on Greek islands, having arrived after the deal was implemented. For the majority of migrants arriving in Greece, the implementation of the EU-Turkey deal equals to arbitrary and prolonged detention. For others, it means embarking onto longer and more perilous routes, along which migrants will continue to lose their lives[5] in a desperate attempt to reach the European shores.

The EU-Turkey deal deliberately turns a blind eye not only to the EU Member States’ international and human rights obligations, guaranteeing the right to seek asylum, the prohibition of collective expulsions and the guarantee of an assessment of individual needs for international protection, but also to some well-documented realities, including the fact that Turkey:

Rather than adding new elements to help addressing the situation at the EU external borders, the EU-Turkey statement dehumanises migrants and asylum seekers, making use of Syrian refugees as bargaining chips and as a tool for political leverage as part of mutual, interest-led relationships, including visa liberalisation and EU accession dialogues.

What does this mean for the future of EU migration policies?

Rather than functioning as a deterrent for irregular migration and smuggling, the EU-Turkey deal will further enhance human suffering and migrants’ vulnerability by pushing people towards increasingly dangerous routes.

Denying the fact that migration is not a temporary phenomenon that will come to an end, EU leaders are entertaining the idea of establishing bilateral cooperation with third countries based on the “model” of the EU-Turkey cooperation.

In order to avoid the proper democratic scrutiny which the sensitive nature and human dimension of such agreements would certainly require, EU leaders could therefore increasingly be recurring to a model of bilateral third-country cooperation in the form of non-binding “statements”, as such not challengeable before European courts and not subject to the scrutiny of the European Parliament.

Proposals to extend the principles of the EU-Turkey deal to African countries of origin and transit have been already advanced by the Italian Prime Minister in a discussion paper titled “Migration Compact”, focusing on enhanced cooperation with third countries to prevent irregular migration and strengthen border controls.

The UN Special Rapporteur on the human rights of migrants, François Crépeau, very rightly foresees that “it will take a whole generation to undo the damage presently done to the democratic functioning of European and national institutions, to the perception abroad of the principles of European foreign policies and to the understanding of mobility and diversity as assets to be celebrated and not threats to be feared“.

The crude reality that EU leaders seem not to be ready to face is that a policy of blanket forced returns is not only illegal, but also ineffective.

As long as EU leaders deliberately refuse to establish unconditional, safe and legal routes to Europe through high scale resettlement programmes for refugees, the issuing of family and humanitarian visas and the creation of other avenues, including for migrant workers in low-wage sectors and family reunification, the smuggling business model will continue to prosper.

Back to the drawing board: are there alternatives?

The ultimate treachery of modern EU migration policies lies in the fact that, rather than rationally aiming at managing migration through the provision and regulation of adequate regular channels, their main objective is an unrealistic “fight” against irregular migration, carried out at any human, political and financial cost.

Calling for alternatives is neither idealistic nor utopian. The statement: “the EU and Turkey today decided to end the irregular migration from Turkey to the EU” is a utopian one. Alternatives do exist and would provide a more rational response to the human phenomenon of migration.

As part of an effective, alternative policy for managing migration, EU member states would have to significantly increase their resettlement efforts: resettlement should not be limited to Syrian nationals and should be preserved as one of the durable solutions to refugee displacement and an unconditional instrument of international solidarity. A yearly resettlement of 500.000 refugees for a period of six years from countries of transit, would result, if properly distributed, in entirely manageable numbers for the EU. The UN Special Rapporteur on the Human Rights of migrants highlighted that, for Germany, this would represent 80,000 people: less than 10% of the numbers taken in the past year.

Safe and regular channels are to the benefit of all; not only do they save lives and offer access to protection, but they also provide receiving states with the possibility to better plan, put structures in place and ensure integration into welcoming societies.

Public anxieties about migration and asylum can be challenged and debunked from a principled standpoint opposing criminalisation of human mobility and fully embracing migration to build a free, open, diverse, mobile, inclusive and welcoming Europe.

[2] Preference for European Commission data rather than unconfirmed IOM numbers

The influx of refugees to the shores of Greek islands has generally been met with overwhelming support from locals, eager to provide much needed aid to the refugees.

Left to the Locals: the European towns working to integrate refugees Migration
By Beatrice White 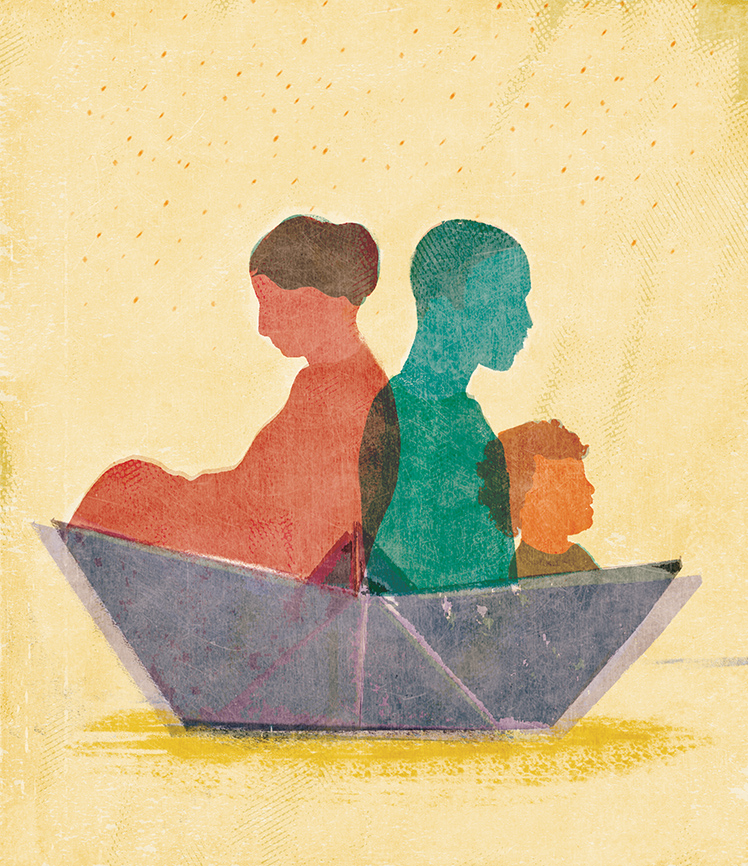