Beatrice White is the Deputy Editor of the Green European Journal. She has previously worked for a daily newspaper in Istanbul, Turkey, and in the UK House of Lords. She is a member of the editorial board of Green World Magazine.

“We Cannot Delete Our Way Out Of This”: Learning In The Maze
By Beatrice White, Juliane Reppert von Bismarck

Juliane von Reppert-Bismarck speaks to Beatrice White about how education needs to adapt to the realities of the digital world.

Any project of building a different society goes hand in hand with reimagining education. For Greens, this is a potential too precious to pass up.

For climate negotiations to succeed, building alliances alliances and coalitions across cultural, economic, and geographical divides is crucial.

ENMK
Read more
Backs Against the Wall: Bringing the Fight Back
By Beatrice White, Ece Temelkuran

Ece Temelkuran warns of the signs of creeping authoritarianism.

As the Brexit transition period draws to an end, the Green Party of England and Wales must adopt a clear position on the future UK-EU relationship.

The MeTooEP movement shone a light on sexual harassment in European Parliament. Despite important progress, much remains to be done.

An interview with the secretary-general of Reporters Without Borders.

Analysis of the run-up to the June 24 elections in Turkey in a media landscape plagued by repression of dissent, fake news, and suspicion from all sides.

Thanks to energetic grassroots campaigning and a steady shift in social attitudes, women in Ireland have finally won the right to choose whether to have child or not.

We spoke to feminist pioneer Gloria Steinem about the far-right backlash, racism & why we should be "linked, not ranked".

EN
Read more
The Beginning of the End? What Turkey’s Referendum Vote Tells Us
By Beatrice White

Does the result signal an inevitable decline of democracy or could it reinvigorate resistance across society?

Editorial: A striking brand of political momentum is building, driven by the resurgence of citizen-led initiatives around the commons...

A broad coalition seems to be gathering pace in Ireland, and extending far beyond the country’s borders, calling for a reform of Ireland’s abortion laws – the most stringent in Europe. A courageous campaign combined with a shift in public attitudes could mean real change is finally on the horizon.

EN
Read more
Discrimination Is a Barrier That Can’t Be Knocked Down: The Roma Experience of Exclusion
By Beatrice White, Florentina Stanciu, Miroslav Kemplar, Zsuzsanna Lakatosne

The borders that criss-cross our maps, and the notions of national unity that they connote, belie the fact that within and across these neatly delineated units there are communities whose very existence is a challenge to this territorial division. The case of the Roma people, spread throughout Europe and beyond, is an apt illustration of this.

On Greece’s Halkidiki peninsula, in the North-East of the country, a monumental battle is taking place. The town of Ierissos and its inhabitants have become emblematic of this struggle, by taking a stand against an immensely powerful opponent. That opponent is Eldorado Gold.

EN
Read more
The Children of Gezi: Defending the Northern Forests in Istanbul
By Beatrice White

What happened after the Gezi protests ended? Ever since the barricades were dismantled, the burnt out buses removed, and the world’s attention moved on to protests and unrest elsewhere, Istanbul seems to have become quiet.

Since enacting ambitious legislation in 2009, Scotland has been leading the way on climate change targets. But the campaign would never have been successful without the broad mobilisation of people across society, who came together to demand action. Now the activists are taking their story beyond Scottish borders, as efforts to build a European and global coalition gather momentum with Paris 2015 in sight.

The trajectory of the ‘End Ecocide’ ECI has highlighted some of the challenges faced by activists in using this democratic tool, and some of the flaws which need to be improved if it is to fulfil its aim of making the EU more responsive to citizens. An interview with Thomas Eitzenberger and Lilia Tamamdzhieva, coordinators of the ECI.

Popular protest may have saved Gezi Park, but elsewhere in Turkey the destruction on the environment in pursuit of private profit continues. The Green Though Foundation organised a conference to discuss the challenges posed by these developments and what they say about politics in modern Turkey. 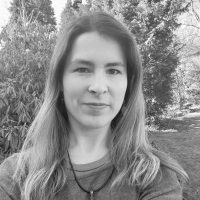