After a promising start, how did everything go so wrong in Greece for Syriza, with redoubled austerity imposed to the detriment of the Greek people and their environment? Yannis Paraskevopoulos analyses some key mistakes Syriza made and the role of the Greek Greens in the process. First of a two-part series.

5 strategic errors by the Greek Left

Sustainability has hardly proved compatible with conventional austerity packages, designed to tear down large parts of the economy and impose a “hunt for growth” at any cost.

In principle, the Charter of the Global Greens demands radical reform of the IMF, traditional champion of such policies, or its complete dismantlement. Indeed, even mainstream environmental NGOs like the WWF have documented the heavy environmental toll of austerity all over the European South.

This holds true especially in Greece, which lost more than 25% of its GDP to austerity between 2009 and 2015, with a heavy toll on environmental sustainability paying a heavy price as well [1]. The Greek Green movement had therefore every reason to be strongly interested in last year’s renegotiation of the “Greek crisis package”.

By January 2015, the crisis in Greece had already been underway for half a decade. The political system had largely collapsed, with the center-left and center-right parties rejected by about 60% of the electorate and with the social movements failing to give rise to any truly new political alternative. In culture and business, the decay of traditional elites barely paved the way for new creative forces.

Moreover, fiscal implementation itself had already been derailed under the previous conservative government: EUROSTAT’s financial review for 2014 showed a 2 billion euro discrepancy, with the primary surplus reaching just 0,4% of the GDP despite a binding 1.5% target. The 2012 binding target of permanent primary surpluses of over 5% from 2017 to at least until 2030 was so unrealistic that it was in fact more of a roadmap for an eventual Grexit than a real fiscal consolidation tool.

An essential revision of austerity commitments was therefore the only chance for Greece to breathe and find a path to social and environmental sustainability. Nevertheless, the 2015 renegotiation effort ended with an additional austerity package, with even more stifling conditions: Greece is now much alike to Central and Eastern Europe, than to the rest of the European South. The outcome was indeed defined by an overwhelmingly asymmetric balance of power, as SYRIZA maintains, but this balance was critically shaped by a series of fatal strategic choices made by SYRIZA itself.

Error 1: No alternative plan for Greece

Presenting an integrated alternative national plan was a vital condition for any change of course. Issues like public finances, tax reform and wealth taxation, structural changes in a different direction, an integrated welfare state and affordable cost of living, reorientation of the “real” economy, priorities for the renegotiation ahead but also basic guidelines for a new social contract, should have been dealt with.

Such a plan, thoroughly debated with the Greek people, would have been the best defense against pressures to continue a dead-end austerity: The creditors would then have to choose between business-as-usual austerity packages that had been shown to fail under previous “loyal” governments, and a reliable alternative which promised a fiscally self-reliant Greece.

Lacking such a plan was, however, a strategic choice for SYRIZA, eager to avoid any internal conflicts within the Greek anti-austerity camp and viewing austerity packages exclusively as an “attack” (and mainly calling for unity and a strong opposition), not as a “hostage” situation demanding an alternative way out. They were therefore focusing much more on getting enough votes to gain power and negotiate with the creditors, than working for an alternative vision to change the broader balance of power and to build a solid renegotiation basis.

Error 2: No plan for Europe, either

In the 2014 European election Tsipras was the nominated candidate of the European Left for European Commission president, a perfect chance for him to create a large part of the political capital he would soon need: to present “what to change so that the EU stops functioning as an austerity machine”, to set the precepts for the democratic reforms Europe also needs, to be established as the second rising Europe-wide force (after the euro-sceptics), to gain the respect of other European leaders, and to confront them with his own political dilemmas.

Instead he treated his European candidacy as merely honorary, giving him some extra points for his Greek campaign. While the Greens had been constantly working on integrated concrete proposals for radical changes in Europe and the Eurozone, the European Left and Alexis Tsipras contended themselves with a simplified no-austerity message and just kept their (rather poor) 2009 European election record in a race that initially seemed to favour them much more than the Greens.

Going for an extensive unilateral public debt haircut, was presented as a liberating alternative in the face of austerity packages and dependency on troika creditors. Overlooking that much less indebted countries had also been hemmed in by austerity packages, it acquired a fiercely symbolic charge and became a due negotiation priority.

In practice, a haircut could only be focused on the intergovernmental debt towards the rest of the Eurozone countries: IMF appeared as the basic potential ally in a haircut, the ECB was instrumental in keeping the Greek banks alive, private sector creditors had already received their haircut in 2012. In this context, a unilateral Greek haircut would impact the weakest Eurozone economies most: Spain and Italy would find themselves forced to apply for Stability Mechanism loans too, while Eastern European countries poorer than Greece would have to pay for Greek recovery. Moreover, this haircut concerned loans only starting to be repaid in 2022.  A unilateral haircut would therefore be the “perfect” way to have all Europe united against Greece, without the slightest gain in overturning austerity.

Conscious of all these, the SYRIZA platform called just for a (vague) European Convention on Debt. The debt issue ended up as a firework and was messily withdrawn in February 2015, as the interim accord provided for “appropriate surpluses” for the total of Greek public debt. On the table remained now only debt restructuring issues.

This way, however, a valuable alternative was aborted: opening a discussion about introducing a periodic Eurozone-wide assessment of public debt sustainability (per country and for the Eurozone as a whole), starting from the 2019 European Parliament, early enough for 2022. Such a proposal could build on the 2011 Sustainable Development Pact of the European Greens, and also demand that social and environmental dimensions have an equal standing in such a project as fiscal ones.

Error 4: A recessionary negotiation strategy, as a basic Greek contradiction

Recessionary side-effects were among the most powerful Greek arguments: by shrinking the economy, austerity packages were also undermining the resources to pay back the loans. However, opting for a grueling months-long negotiation with the debt serviced exclusively by Greece’s own resources, also led to an informal “suspension” of domestic public payments, as well as to freezing any liquidity of the public sector. Both brought an additional recession spiral, this time due to the Greek government itself.

In this context, policies that were initially meant to underline the supposed determination of the Greek side, ended up reducing the strength of its most convincing argument.

The debt issue is not the only case where the strategy of anti-austerity rhetoric ended up strengthening the austerity camp (and the creditors).

The enduring choice of SYRIZA to fully invest in this strategy mainly backfired by sidelining the crucial question about the essence of the austerity packages (“consolidation mechanisms” or just mincers of sustainability?), thus earning the austerity camp the support of lots of well-intentioned people who were just looking for change and only tolerated austerity in the absence of any reliable alternative platform. In this context, the utter failure of previous conservative-socialist government to reach the binding 2014 primary surplus (and the fact that this was the real reason for the Jan 2015 early election), was just left in the shadow by SYRIZA themselves. The same thing happened with the impossibility of the 5% mandatory primary surpluses.

The dialogue on euro and a possible Grexit was also blurred. Historically, in all IMF austerity packages, national currencies and their devaluation had been a standard tool for the violent shrinking of wages, pensions, and small savings. In Greece’s context, a return to drachma (which W. Schäuble – Germany’s Federal Minister of Finance – openly advocated, even offering a massive debt cancellation) would in fact equal an additional austerity package with multiplying consequences. Nevertheless, the unity of SYRIZA (as well as of the anti-austerity front) could only withstand a choice for the Euro as a token of moderation and “europeanism”, not an open criticism to aspirations for a national currency.

This way, however, the SYRIZA-ANEL government had enormously limited their own maneuvering space right from the start. A deal with significantly lower mandated surpluses (key to any real austerity loosening) could not be sold any more to its unprepared audience as a significant victory. Instead, Tsipras’ struggle to avoid any impression of early concessions, seems to have played a role in the of the interim Feb 20th agreement, a vagueness that led Greece into duly paying up every creditor for the rest of the negotiation, while being financed by none.

After a promising start, how did everything go so wrong in Greece for Syriza, with redoubled austerity imposed to the detriment of the Greek people and their environment? Yannis Paraskevopoulos analyses some key mistakes Syriza made and the role of the Greek Greens in the process. Second in a two-part series.

It was just the four of us: all women, Mediterranean, and “differently green.” The purpose of our trip was to better understand the inner workings of the newly elected Greek government, and to see how the Greek Greens were faring as junior partner in the Syriza government.

After the Greek elections, Syriza’s Alexis Tsipras won’t get everything he wants – but he will probably get enough to paint it as a victory for beleaguered Greeks. 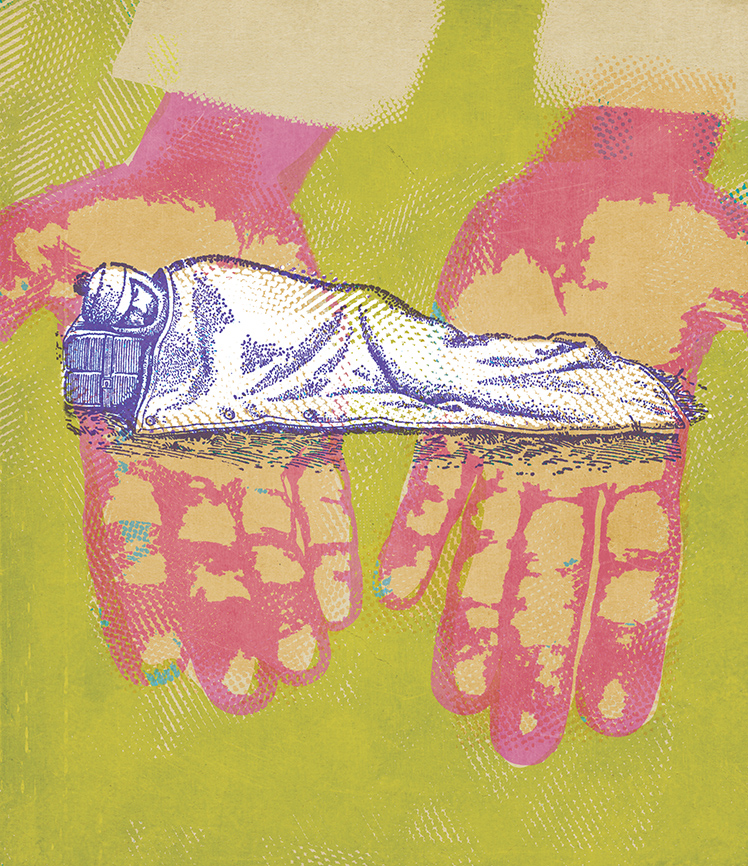