Erica Meijers is a journalist and a theologian. She works at the Protestant Theological University in Groningen, the Netherlands. Until 2017 she was a member of the editorial board of the Green European Journal and editor-in-chief of de Helling, review of the political foundation of the Dutch Greens. In 2016 she published with Nuala Ahern the book Green Values, Religion and Secularism, edited in cooperation with the Green European Foundation.

Big data: omnipresent but mostly invisible. How can politics catch up with Silicon Valley and get a grip on our information?

Ton Lemaire pleads for a new universal morality, which he calls humanimalism.

EN
Read more
The City as a Battleground
By Bart Stuart, Erica Meijers

From centres of economic activity to amusement parks for tourists, what is happening to our cities and what space is left for their citizens?

ENMENLPLRU
Read more
The Other People
By Erica Meijers

Erica Meijers unpacks the concept of 'the people' at the heart of populist movement's message, and argues that a look at its theological roots can help to understand and subvert it.

EN
Read more
The Mission of a Grenzmann: Tribute to Benoît Lechat
By Erica Meijers

On a sunny terrace on the borders of the river Oder, which flows between Germany and Poland, a small group of activists, journalists and politicians from different European countries decided in the late summer of 2011 to start a new magazine that would contribute to building a European public space and at the same time empower the Green movement.

Inequality is back on the agenda. French economist Thomas Piketty has drawn attention to it again with his book Capital in the Twenty-First Century, and that is a good thing. Green and Left-wing parties are drooling over the book, but I have heard few suggestions as to how we should fundamentally tackle that inequality. To do that, we need an idea from a completely different world.

Stories about the Great War are usually confined to a national perspective. The war of 1914-918, which decimated a whole generation of Europe’s population and marked those who survived for life, is hardly ever commemorated jointly. This ought to change.

ENPL
Read more
Power to the People
By Erica Meijers

Nelson Mandela personified the anti-apartheid movement in South Africa and became a worldwide symbol of hope in the face of discrimination. Although apartheid was ended, racism and discrimination still remain present in our society, and that needs to be remembered.

Now that Merkel has triumphed in the German elections, one of the opposition’s main aims - the establishment of a national minimum wage - is likely to miss the boat and be left behind. Prospects are bleak for the growing numbers of working poor.

EN
Read more
Getting a Taste for It
By Erica Meijers, Esther Boukema

In the Netherlands, one organisation is making a breakthrough in encouraging a better relationship between people and food. The secret – start young. An interview with Esther Boukema by Erica Meijers.

The European Project lacks any significant ingredient of emotional bonding. In the absence of a “European soul”, the existing rational, bureaucratic structure is doomed to remain a distant presence for the citizens of Europe.

ENNL
Read more
Where Would We Be Without Barbarians?
By Erica Meijers

“Barbarians” still provide us with a way out of our own frustrations, identity-conflicts and forbidden feelings. 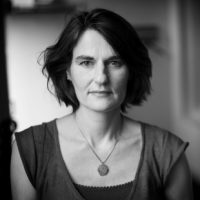