Welfare and Social Issues
By Erica Meijers
All info
EN

On Sunday the 15th of December in the City Theatre of Amsterdam, where people gathered on the day of the Funeral of Nelson Mandela, somebody from the audience shouted  ‘Amandla!’ after the ritual singing of Nkosi sikelel’ iAfrika, I automatically replied: ‘Awethu!’ or ‘Power to us, power to the people’. It was just like in the old days of the anti-apartheid struggle. But this time I heard myself screaming after all these years and I suddenly wondered: who are ‘the people’? Which power are we talking about?

Amandla Awethu! I chanted it countless times during the anti-apartheid rallies of the eighties and nineties. Last Sunday the spirit of anti-apartheid activism revived, maybe for the last time. The emotion this evoked, at least in me, however leads to reflection as well.

Several commentators remarked rightly last week that the governments of the world would pay better tribute to Madiba (Mandela) by making humane laws for refugees and migrants than by praising him without any action. The glorifying stories about Mandela these past days contrasted with the nationalistic defence of Black Peter (the black servant of St. Nicolas) in the Netherlands, by the prime minister among others.

Without black leaders such as Nelson Mandela and Martin Luther King, the old images of black people as thick lipped, uncivilised and childish creatures would not have been dismantled and  replaced by the image of self-assured, modern world citizens. Their discourse of equality and unity was attacked in the Netherlands in recent years as a misplaced form of ‘political correctness’ that kept people from saying what they really think. It is true that the thought that all people are one risks putting everybody in the same pot and denying real and unwelcome differences. But, on the other hand, the stressing of differences can in the end lead to the violation of human rights. If we learned anything of apartheid, then it was this.

Unlike during the days of the anti-apartheid struggle, today I am more aware of the populist connotations of ‘Amandla Awethu’. It was useful during the struggle against white domination, when all black people were excluded from power. In a democracy as South Africa is now however, with seventeen peoples and languages, it does not suffice anymore.

But still,’Amandla!’ is more than just a nostalgic memory of heroic (and very hard) times. It reminds us to ask this one question time and again: who is excluded from power today? Strangely enough, the answer is twofold: On the one hand it is those people who do not recognise the discourse of equality and unity as their own story. Although they claim to be the ‘real’ people, they feel excluded from the decision-making in our country and it must be said, their voices often are not heard in our parliaments. On the other hand it is those people who are put aside  as too ‘different’. Yesterday (16.12.2013) in Antwerp there was a protest against the assault of a black woman who went to a toilet in a café and afterward was locked up for several hours by the police. Events like this remind everybody who despised apartheid that the struggle against racism is a long and unpredictable process which is far from ending. Just like the old days, it is still about power and about the question of who profits from the status quo. As a battle cry that defends everybody who is excluded from participating in decision making, it is still very much justified and valid: Amandla!

Where Next for the French Greens? Politics
By Alain Lipietz

‘Sweet Dreams and Beautiful Nightmares’: Why Security is a Black and Brown Issue Justice
By Siana Bangura

The term 'security' is used as though it were neutral, but in fact it is underpinned by assumptions and prejudice, with some regarded as worthy of protection while 'others' are seen as threatening. 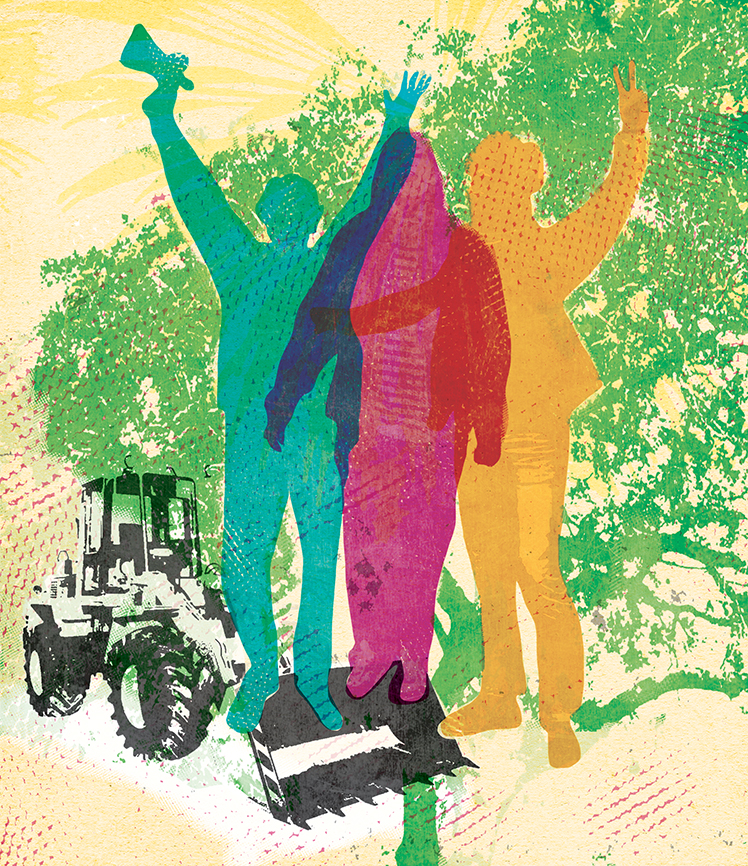