Since 2015, more than one million asylum seekers have entered Europe. Of these, roughly 250,000 have come to the Nordic countries, prompting them to reassess their immigration systems and services. As they greatly benefit from population growth, they ought to welcome humanitarian immigrants, providing sufficient services and education instead of resorting to panic measures.

According to statistics, 76% of Finland’s population growth in 2014 was generated by immigration. In Sweden, immigration accounted for 77% of the country’s population growth in 2015, while in Denmark, the corresponding percentage was as high as 96%. In other words, the increase of the Nordic countries’ population would be virtually non-existent if not for the people who come here from elsewhere. In addition, the proportion of young and working-age people is higher among the immigrant demographic than it is among the rest of the Finnish population.

All of the Nordic countries seek to attract highly educated professionals from different fields. The competition for experts is intense and requires careful consideration of strategies, nation branding, and pull factors.

In 2015, 26% of the first residence permits issued by the Finnish Immigration Service were based on employment. The corresponding percentages were 43% in Norway, 25% in Denmark, and 15% in Sweden. Other, often more significant, reasons for residence permit applications in the Nordic countries include family ties, displacement, and education.

Besides labour immigration, another pivotal way of boosting population growth is humanitarian immigration. Refugees often require extensive integration measures and services in order to attain appropriate employment or education in their new home country. Their educational and professional backgrounds are heterogeneous, and many of them require additional training.

Moreover, excluding the reception of quota refugees and family reunification, humanitarian immigration is unpredictable as it results from complex global phenomena and is therefore difficult to control in terms of extent or timing. For these reasons, humanitarian immigration is met with more apprehension and restrictions than other types of migration.

The Nordic countries are keen to restrict humanitarian immigration

In contrast to the discussion on labour immigration, the public debate and decision-making related to humanitarian immigration rarely concern promoting the phenomenon, but conversely focus on controlling and restricting it.

Finland, Sweden, and Norway all strive to limit the number of immigrants they receive as well as the benefits that immigrants are entitled to. The three countries also promote a more efficient use of the resources devoted to asylum procedures and integration.

The imposed limitations concern each phase of the immigration process: entering the country and applying for asylum, residing at a reception centre, the services and benefits received after being located in a municipality as well as family reunification and different types of residence permits. The aim of using resources more efficiently is related to removing those whose application has been denied as well as various integration measures such as language training.

One means of controlling the number of arriving immigrants has been to carry out internal border controls within the Schengen area. These controls prevent asylum seekers from travelling in the EU area, which has resulted in a large number of refugees from different countries being trapped in abominable conditions at refugee camps, surrounded by hastily mounted walls.

In Sweden, those who seek family reunification must be able to demonstrate their ability to provide for themselves as well as the spouse whom they want to bring into the country. In Norway, the minimum income threshold for family reunification has been raised, and likewise the age limit for starting a family has been raised to 24 years in order to curtail forced marriages and ensure that couples are able to provide for themselves. Norway has also abolished the financial aid previously provided for the transportation of those who come into the country  under family reunification rules.

While Sweden’s immigration policy may often seem softer than that of the other Nordic countries, Sweden has also imposed restrictions. For instance, in the autumn of 2015, it introduced a temporary law announcing that the majority of future residence permits issued by the country would be non-permanent.

Since last autumn, Sweden has witnessed heated public debate on whether the entire Swedish society is currently on the verge of collapsing due to the increasing number of asylum seekers. Many have considered this talk of a collapse to be an exaggeration of the challenges faced by Swedish reception centres and other authorities involved in the asylum process as they have strived to provide the necessary services for those arriving in the country.

The government programme of Denmark aims at “a new, stringent, and consistent immigration policy ensuring an open door to Denmark for those who are able and willing. And shutting the door on those who are not”. The programme proposes, among other things, cutting the benefits provided to asylum seekers down to the level of student grants, tightening the conditions for family reunification, and denying a permanent residence permit from those who cannot speak Danish or are unemployed.

Denmark drew international attention for its legislative reform, which allows the police to search and confiscate valuables from asylum seekers and illegal residents. The valuables are intended to finance the cost of their stay in Denmark.

The bourgeois government of Norway has for the past three years implemented several measures to render the country a less attractive target for asylum seekers. The government has increased the budget for removals and encouraged voluntary returns, making it clear that leaving the country after being refused asylum is not optional but mandatory.

In addition, foreigners in Norway may now be detained longer before the authorities are required to present an arrest warrant issued by a court. This is presumed to enhance the deportation process. Moreover, employees working at reception centres are no longer bound by confidentiality and are in fact obliged to report information about their residents to the immigration authorities.

Newcomers should be regarded as a much needed population boost

With regard to integration, the Finnish government’s programme of measures states that “experiences of security and inclusion engage immigrants in the Finnish society and contribute to deterring the exclusion and violent radicalisation of young people”. Experiences of security and inclusion are tangibly affected by both the possibility of family reunification and the temporary nature of residence permits.

Building a future in a new home country will remain sorely impeded if there is little to no hope of family reunification. Another key factor in the integration process is the way that residence permits are affected by regularly updated safety assessments concerning countries of origin. Security and integration are hardly encouraged by the possibility of having one’s temporary residence permit revoked on the grounds that one’s country is suddenly determined stable enough to return to. It should also be noted that a safety assessment can never contradict other assessments regarding the situation in countries of origin, which is what has now occurred in Finland.

In order to efficiently and quickly integrate newcomers in the Nordic countries, it is necessary to moderate and promote family reunification. It is likewise important to reconsider the effect that safety assessments have on residence permits. Immigrants ought to be perceived as new permanent residents of Finland and the Nordic countries and as new municipal citizens across the country.

It is important to promptly identify the immigrants’ skills and provide them with flexible paths toward career development and education. Regardless of their reason for entry, these newcomers should be regarded as a much needed population boost and their permanent residency encouraged. Right now it is imperative to look to the future instead of resorting to rash, short-sighted solutions.

The figures quoted in this article are derived from the demographic statistics for 2014 – 2016 provided by the national statistical services of the Nordic Countries.

The University of Liège researcher explains how our changing environment is making people move, calling for evidence-based policy decisions.

Left to the Locals: the European towns working to integrate refugees Migration
By Beatrice White 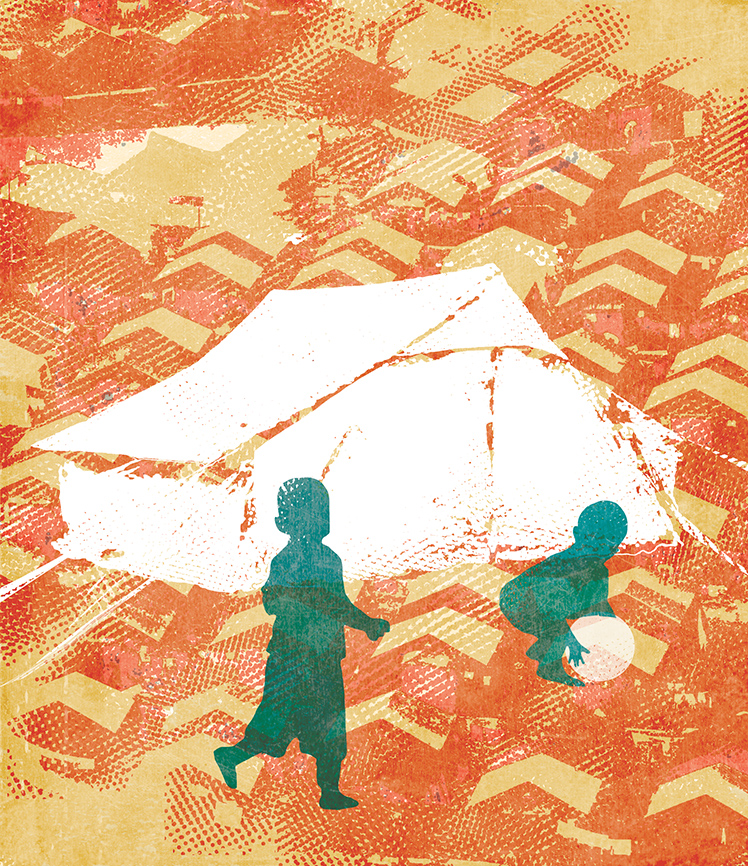