Future of EU
By Mirela Grünther-Đečević
All info
EN

Beset by problems such as corruption, high unemployment, and ethnic tensions, the stalling of Bosnia and Herzegovina’s accession talks with the EU has only added to the challenges the country faces. The process, which began almost two decades ago, must be given new impetus if the country is to break out of the impasse in which it currently finds itself.

Looking back over the 17 years of European Union accession process one can say ‘a long way behind and still a long way ahead’ having in mind the political obstructions that have accompanied the entire process in all those years and still remain. To overcome those political obstructions and encourage reforms the international community had and has launched various initiatives, which in the past mainly referred to constitutional reforms and which ended unsuccessfully each time. In this context it is important to mention the so-called ‘April Package’ initiated in 2006 resulting in a package of constitutional reforms which was accepted at that time by most of the ruling parties but then failed to be adopted in the Parliamentary Assembly of Bosnia and Herzegovina by only two votes. What followed was the so-called Butmir Process in 2008/2009; another attempt which tried to save some elements from the bigger ‘April Package’ that failed. Meeting failure after failure, the ruling party positions were increasingly less about concrete reforms aimed at enhancing functionality or ensuring human rights protections, and more about existential and conflicting views of the nature of the state.

After years of stagnation, Britain and Germany launched a new initiative on Bosnia and Herzegovina in 2014 which was later called the “EU initiative”[1], promising real progress towards EU accession. This initiative installed the Reform Agenda, according to which it was decided to move away from political reforms to socio-economic and related reforms. This Reform Agenda sets out the main plans for socio-economic reforms of all levels of government. Meaningful progress on the implementation of the agenda for reform was a necessary precondition for a membership application to be considered by the European Union. In addition, the Reform Agenda is closely aligned with the aims of the European Union’s new approach to economic governance in the Western Balkans and is in conformity with the Economic Reform Programme as a fundamental element to encourage comprehensive structural reforms to maintain macroeconomic stability and to boost growth and competitiveness.

Where does Bosnia and Herzegovina stand in 2017?

Seventeen years after the accession process first started, Bosnia and Herzegovina is still a so-called “potential candidate country”. The complex constitutional structure stemming from the Dayton Peace Agreement is still highly dysfunctional and inefficient. The country of 3.5 million people has 13 constitutions, 14 legal systems and 152 ministries. Bosnia and Herzegovina has a highly complicated institutional set-up which results in a dysfunctional state. The oversized and underfunded nature of the public sector reduces the effectiveness of public policy and hampers reforms.  The labour market situation is very difficult, with the unemployment rate at 27.5 %, particularly high among youth (62.7 %). The business environment remains weak, accompanied by unsustainable economic growth. Since 1991 the country’s population has shrunk from 4.3 million to an estimated 3.5million today. The birth rate is negative, the population is rapidly ageing, while there is sizable outward migration, in particular of young people, with most skilled/educated people seeking opportunities abroad. People feel that they have no power to change their lives and that the only solution is to leave the country in search of a better life elsewhere. Besides that, the political rhetoric is increasingly destructive and nationalistic and the country is trapped in its highly institutionalised corruption.

Many saw this not only as a step against the Constitutional Court of Bosnia and Herzegovina but also as the most destabilising step after the war made by Republika Srpska as a means of paving the way towards its final goal of another referendum concerning the secession from Bosnia and Herzegovina.

Unfortunately, for too long the message has been sent, in particular by the European Union, that such destabilising behaviour is acceptable and that only the formal progress in fulfilling the requirements for the EU accession counts. The European Union has been trying for years to manage Bosnia and Herzegovina’s deep political and structural problems solely through the technical tools of the EU accession process.

Having in mind the rising conflicts and instabilities not only in Bosnia and Herzegovina but in the Western Balkan region as such, the German Foreign Ministry presented at the end of May 2017 a new initiative for the Balkans, the “Berlin Plus Process“[4]. The agenda envisages additional efforts and funding for accelerating the Western Balkans’ progress towards EU accession and the founding of an infrastructure and technology fund. The plan is also for German instruments of cooperation and development to be better directed to the needs of the region[5], including the establishment of special funds for start-ups, professional training and the development of IT infrastructure. Such initiatives are certainly to be welcomed as they have the potential to improve the lives of citizens or even, as described above, to prevent the emigration of young people.

A more comprehensive approach is needed

But when it comes to Bosnia and Herzegovina, more is needed. Having the complex and difficult political situation in Bosnia and Herzegovina in mind with its deep-rooted political disagreements and obstructions, reform stagnancy and institutionalised corruption, there is some doubt that an approach away from structural and constitutional reforms ahead towards socio-economic reform can be successful. When looking at Bosnia and Herzegovina one must have in mind that the main problem certainly lies within the political structures and the political elite generated by that system – an elite that declares its support for European Union integration but which at the same time is not willing to transform the process into successful democratic dynamics. Politicians in Bosnia and Herzegovina benefit from the current system of ethnic politics, a system that does not allow fundamental reforms and generates corruption and stagnation. The divisions caused by the war may have been frozen, but their scars remain deeply entrenched in the society and have been easily revived for political goals.

Politicians in Bosnia and Herzegovina publicly claim that their goal is to bring the country closer to the European Union, but the lack of compromise on all levels and topics speak a different language. In reality their main goal is to maintain the status quo and keep the state paralysed. Reforms would only endanger their positions.

Bosnia and Herzegovina certainly needs socio-economic, infrastructural reforms but at the same time the country must be allowed to move from the Dayton structure, a compromise that ended the war, towards a functioning modern state structure. This cannot be done without serious political and constitutional reforms, too. A more comprehensive approach for Bosnia and Herzegovina is needed, considering all the factors that have been paralysing the state for years and that have allowed the country to backslide rhetoric-wise into the 1990s, but at the same time helping the state to make real progress and move forward by liberating itself from the political destabilisation and system of ethnic politics.

[1] The initiative was originally initiated by Germany and Great Britain and was then taken over by the EU.

[2] “Wigemark hands over the best ever report to (Chairman of the BiH Council of Ministers Denis) Zvizdic,” article published by Dnevni Avaz on November 10, 2015

[3] The referendum was a reaction to a decision last year by the state-level Constitutional Court, which ruled that holding the annual Day of Republika Srpska on January 9 was discriminatory against non-Serbs in the entity because it was also a Serbian Orthodox religious holiday.

[4] This process is an extension of the Berlin Process, which involves six EU member states and six Western Balkan countries. The initiative was launched in August 2014 as a top-level forum for Western Balkan governments, chambers of commerce and civil society

[5] The regional “six” which the agenda pertains to consists of EU candidate countries Serbia, Montenegro, Albania and Macedonia, and potential candidates Bosnia and Herzegovina and Kosovo.

Europe and the Western Balkans: Dull Reality and Unrealistic Expectations Future of EU
By Zlatko Dizdarević

An analysis of how and why the EU accession process for the Western Balkans seems to be going nowhere, and what this might mean for the region.

A conversation on the nuclear energy debate in 2019, the future of Ukraine under Zelensky, and where climate action is headed in the years to come. 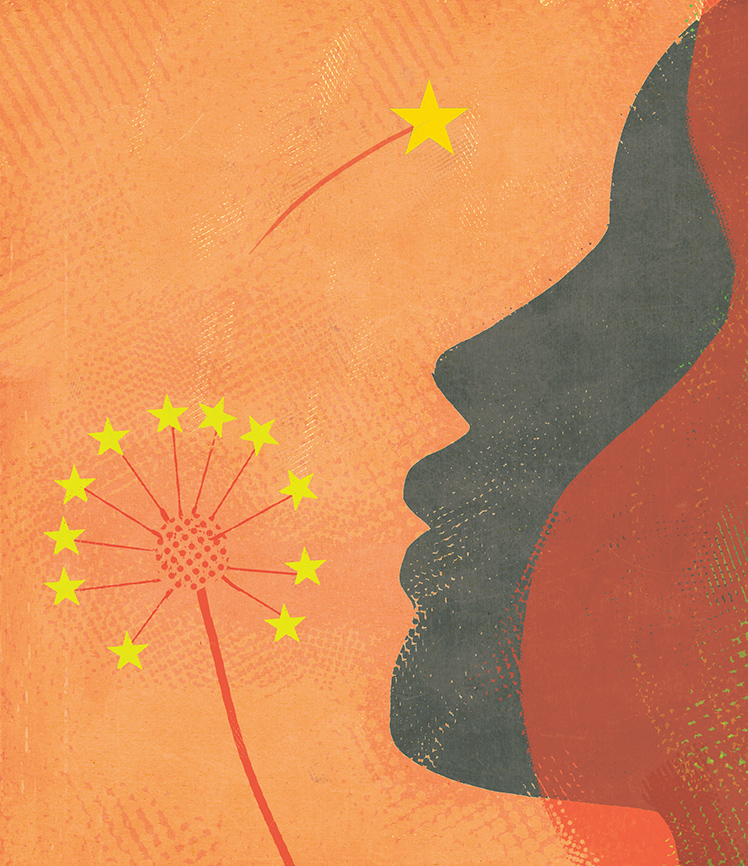