You are here: Home › Authors › Editorial Board

The Green European Journal Editorial Board.

Peace, Love and Intervention – Green Views on Foreign Policy
By Editorial Board

Over the past decade, an ongoing reshuffle in the balance of global power has seen China change scale from regional to world actor, Russia reassert its ambition to be treated like a major player, and calls emerging for Europe to play a more active role in world politics.

The IPCC’s latest report is categorical: unless we act now, dramatic changes in global temperatures will occur by the end of the century. The message is loud and clear: it is a call to action of the utmost urgency.

EN
Read more
The Hour of Audacity
By Editorial Board

In the face of rising populism, Europe must adopt an audacious approach that addresses the anxieties of citizens and proposes a vision of the welfare state beyond the nation state.

ENFR
Read more
Another Food System!
By Editorial Board

The food revolution is a cultural and social revolution, claims the Editorial Board of the Green European Journal, who introduce its fifth edition.

ENPL
Read more
Editorial Project: greening the debate on the future of Europe
By Editorial Board

If they really want to take up the challenges that they will face in this century, Europeans need to develop a common public sphere where their differences can meet. By helping to build a green European public space, the Green European Journal aims to make a modest green contribution to this broader project. 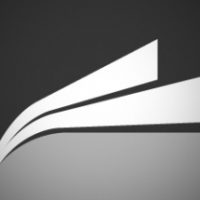