We Need to Talk: Why Change Only Comes Through Communication
By Pekka Haavisto

Finnish Foreign Minister Pekka Haavisto on how environmental disasters, vaccine solidarity, and human rights are at the heart of geopolitics. 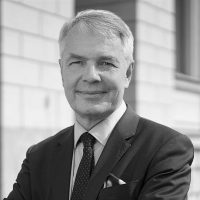