Why is the spectre of social (in)security haunting Europe despite it being richer than ever before?

An interview with the economist Yann Moulier-Boutang and Philippe Lamberts, Co-President of the Greens in the European Parliament.

Throughout his time in the European Parliament, Philippe Lamberts has been campaigning and working towards a fairer and more human system of financial regulation for the EU. Nevertheless, it appears the financial orthodoxy is still calling the shots in Europe. With the new parliament term underway, he gives his assessment of the progress made so far, and the outlook for the future.

An interview with Philippe Lamberts, Green MEP and member of the Committee for Economic and Monetary Affairs, who along with his colleague Sven Giegold, is one of the main actors in the struggle against mainstream financial orthodoxy.

Symbol of absolute power corrupting, the ring imagined by J.R.R Tolkien clearly fascinates many citizens. If caution obliges us to distinguish between fiction and reality, nevertheless imagination allows us to draw certain perceptive parallels.

Are the neoliberal policies being pursued by the European Commission are feeding that populist forces that may tear the Union apart?

The Greens have to use alternative green economic concepts and share them far beyond the academic sphere, with all who are now starting to realise that our economy is completely unsustainable. And above all they have to assert their specific approach to social justice. 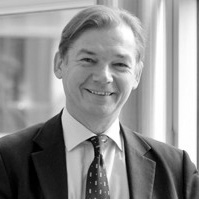