A shared republican understanding of democracy could offer a way out from the dead ends of ethnic nationalism and identity politics.

DEEN
Read more
On the Way Towards Greater International Responsibility?
By Ralf Fücks

There is no shortage of material with which to criticise American policy. But what exactly is the aim of this criticism – decoupling from America, or the renewal of the West?

EN
Read more
Bridging the Gap: Autonomy as a Pathway to Civil Society
By Ralf Fücks

An interview with Ralf Fücks, Director of the Heinrich Böll Foundation.

EN
Read more
Ukraine: What the EU Can Do
By Ralf Fücks, Walter Kaufmann

We should not forget what exactly provoked the mass protests that eventually led to the fall of the old regime in Kiev: it was the then President Yanukovych’s sudden decision not to sign the Association Agreement with the EU. Ten years after the ‘Orange revolution’, the dramatic change of events in February 2014 have given Ukraine and Europe a second chance.

EN
Read more
End or Beginning? Europe as the Trailblazer of the Green Revolution
By Ralf Fücks

The decisive question for the coming decades is not ‘if’ but ‘how’ the global economy will grow. We are currently in the middle of a green revolution in which millions are already participating. To advance, however, we need effective environmental policy at national and international levels. And above all, we need a European Green New Deal.

A relationship with, not against, nature should be one of the core principles of ‘green growth’.

The debate of growth versus degrowth misses a crucial point: while there are limits to further growth, we can find ways to move these limits.

The ecologist Reinhard Loske wants to get away from the dogma of growth. Ralf Fücks, CEO of the Heinrich-Böll Foundation, favours green growth and a bio-economy. An interview. 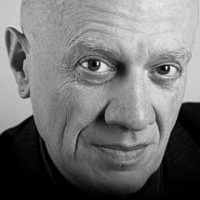