Roberto Albanese was among the founding members of the Italian Greens. He was elected as regional councillor of Lombardy in 1985 and ran for the 2014 European elections and other local elections as member of the Green party. Director of the Green Man Institute (Monza), spokesperson of the Greens of Monza and Brianza district, educator and essayist, he worked in many European projects to promote peace and environmental protection. He sadly passed away in January 2016, shortly after this article was completed.

The idea of Europe becomes much more than simply an idea when people, overcoming the uncertainty – if not outright hostility – of states, act according to borderless solidarity. 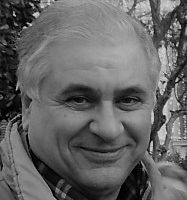