Ska Keller is a Greens/EFA Member of the European Parliament from Germany and a Member of Parliament’s Committee on International Trade.

This year, hundreds of thousands of refugees have entered the EU in the hope of a new life and a safer future for themselves and their families. However, instead of welcoming them, European politicians are trying to keep them out EU territory, or at least away from their own countries.

The European Union today is witnessing an ideological battle over its economy and politics. A cycle of austerity, fuelled by short-sightedness and irrationality, is creating a major setback for European integration and driving disillusioned citizens to turn away from the European project in even greater numbers. While dissenting voices and visions are silenced, this amounts to an attack on democracy and solidarity. An interview with Mar Garcia Sanz and Ska Keller.

ENPL
Read more
Silence is not enough: Green proposals for a European migration and asylum strategy
By Ska Keller

To avoid further catastrophes and deaths in the Mediterranean we need a radical shift in the priorities of EU asylum policies. Increasing the budget of the “Triton” operation of the EU border surveillance agency FRONTEX and doing another minute of silence is not enough!

What do the Greens think about the current fatigue with representative democracy?

EN
Read more
History and the Europe of the Citizens
By José Bové, Ska Keller

In the run-up to the 2014 European elections, all citizens of Europe had the opportunity to select the two leading candidates for the European Green Party. The winners of this ‘Green Primary’ were Ska Keller and José Bové, both Members of the European Parliament. What links do they see between Europe’s history and its politics?

The Global South could be a potential loser in the negotiations over an EU-US Free Trade Agreement. The fairer alternative is to return to the post-war idea of multilateral negotiations that involve civil society and provide a fair deal for all.

Negotiations on a Transatlantic Trade and Investment Partnership (the EU-US Free Trade Agreement) have the potential to undermine environmental, social and labour rights. As Greens, we must work to make the process more transparent and fight any attempt to lower standards. 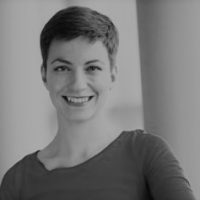