In Slovenia around 80 percent of people support closing the border to most of the refugees and migrants. Even those who describe themselves as left wing see foreigners as a threat, polls show. And the self-declared centre-left government hopped on the bus of public opinion, suggesting the amendments to the Aliens Act that enables closure of the border to effectively everyone, when needed. Parliament approved the new bill on the 26th January 2016, even though it generated a lot of criticism for potentially undermining our international commitments, especially regarding The Convention on the Human Rights, the Geneva Conventions, and even our own Constitution.  With the general election only a year away, it seems that  an albeit tragic silver lining may be that the government has prevented the rise of the extreme right by itself assuming part of their agenda.

Between September 2015 and March 2016, 477,791 people – refugees and migrants – entered Slovenia. A big majority also left, as Slovenia was and still is just a transit country on the so called Balkan route. But it was still a lot; the images of masses of desperate people crossing the country were haunting. It was an organisational challenge, it was a security challenge, and it was a humanitarian challenge. It ceased by early 2016 but, in a few short months, it had changed the people of this country. It transformed civil society, local communities, and last but not least, politicians, political parties, the political mood, and the country as such.

By the summer of 2016, the rivers of refugees seemed a thing of the past for most Slovenians. That is, aside from UKIP using a poster of refugees crossing Slovenia as a central Brexit campaign tool. And, of course, there were constant political reminders that it could happen again, with the autumn. Then autumn came, but there was no new wave, followed by the winter. The Balkan route remained closed. Currently there are only around 250 asylum seekers waiting for their applications to be accepted in Slovenia. But the doors of fear and intolerance remained wide open. Incidents, terrorist attacks, fake news, scapegoating, populism among politicians and public persons on all levels and across Europe fed the beast that was gaining strength also in Slovenia. The beast being public opinion, vox populi, The People.

The biggest national daily, Delo, published the results of a public opinion poll on several questions regarding migrants on 12 December 2016, more than a year after the enormous crossing of refugees through Slovenia. As many as 84 percent of respondents said they believe it was possible that Turkey would reopen its borders and let migrants enter Europe. Around a third said Slovenia should completely close its borders in case of new, major wave of migrants. Then there were 48 percent who said in such a scenario Slovenia should close its borders and let in just the ones who are in dire need of emergency medical treatment. That is 80 percent of respondents saying Slovenia should close its border to most migrants. Only 13 percent said Slovenia should accept migrants. Moreover, the same poll showed that 56 percent supported a continuation of the erection of a border fence, with only 33 percent against.

Another public opinion survey, conducted by the Institute for Political Management in Ljubljana and published at the end of November 2016, showed that 56.7 percent of respondents considered themselves as left or centre-left on the political spectrum. And the same poll showed that self-positioning on the ideological left-right spectrum basically did not reflect on or affect the attitude towards migrants and migration. People across the political spectrum view migrants as a threat and not as an opportunity for social and economic development. As many as 83.7 percent, to be exact.

What this shows is that people do not need to consider themselves right wing or conservative in order to see migrants as a threat. Ideological positioning is effectively irrelevant.

This is where Slovenia stood at the end of last year. And one does not need to be a political prodigy to guess what happens next.

Already on 5 January this year the government sent to the parliament a proposal to amend the Aliens Act, a proposal that could potentially undermine our international commitments, especially regarding The Convention on the Human Rights, the Geneva Convention, and even our own Constitution. The proposed amendments have not yet been made public, but according to the documents obtained by journalists, the early version proposed that in case of renewed mass migrations which could pose significant threat to organised community life in the country, in the sense of a threat to law and order and to the internal security of the Republic of Slovenia, authorities could, under a decision by two-thirds of lawmakers, effectively close its borders to illegal migrants. These migrants could apply for international protection, but in the absence of proof of potential torture, inhumane treatment in the country they entered to Slovenia from (not the country of origin), or medical emergency, or unless they were minors without adult escort, their application would be denied. This means a majority of people being sent back to the neighbouring country from where they arrived. According to many international law experts who have seen the proposal, this constitutes a potential breach of Slovenia’s international commitments, as did humanitarian organisations such the UNHCR and The Peace Institute in Ljubljana, who protested against the amendments. Moreover, the Secretary General of the Council of Europe (CoE) has expressed considerable concern about it. Not once but several times, the CoE offered Slovenia legal experts to help adjust the bill to  international law, but it seemed that the government and the parliament would go through with the amendments. And they did. Without significant changes. Not only that but they lowered the parliamentary majority needed for taking this decision. Not two thirds anymore, but a simple majority will be needed to put it in action. Prime Minister Miro Cerar still insists that Slovenia is fulfilling its obligations, and remains committed to upholding international law, democracy, and freedom, and that the amendments reflect this.

Playing a part in this is a circumstance that is far from irrelevant. Slovenia is due to hold a general election next year, and evidently it would be political suicide for any party to contradict such strong and unanimous public opinion. And I believe – or want to believe – that measures like the Alien Act are not motivated solely by a power struggle. I know that many in the government actually believe this is good for Slovenia. If by any chance, this is just a way of staying in power, we are all doomed.

Governments should lead, not just follow. And more than ever Slovenians, as well as Europeans, need moral leadership. Europe needs to stick to its core values and norms: solidarity, respect of dignity, human rights. Equal treatment of our fellow human beings. There are bad apples in every society, amongst migrants and refugees as well, but European civilisation created levers to tackle that; it’s called the law. The rule of law should apply to all. We do not need to love everybody, but we need to respect all. Witch hunts belong to the Middle Ages.

And when my friends from abroad praise Slovenia for not recording a rise in the political extreme right, I cannot but smile sourly. No, Slovenia does not need the extreme right. Here their ideology is promoted by the right-wing and implemented by the centre-left.

I completely understand the very difficult situation our government is in given what is happening in Europe, in the EU, in the Middle East, and even in the world. But nobody should get a free pass just because something is difficult. We need not forced integration but good common values which we can get foreigners excited about so they will want to share them. If I came to Europe as a stranger now, I’m afraid I would not be enthused by the values expressed by so many. How are we supposed to expect others to share them when we mostly show them only the dark side of ourselves?

Genesis of Fear: The Case of Slovenia Migration
By Tea Šentjurc

How can we account for the perception among Slovenia’s general population that migrants pose a threat?

The University of Liège researcher explains how our changing environment is making people move, calling for evidence-based policy decisions. 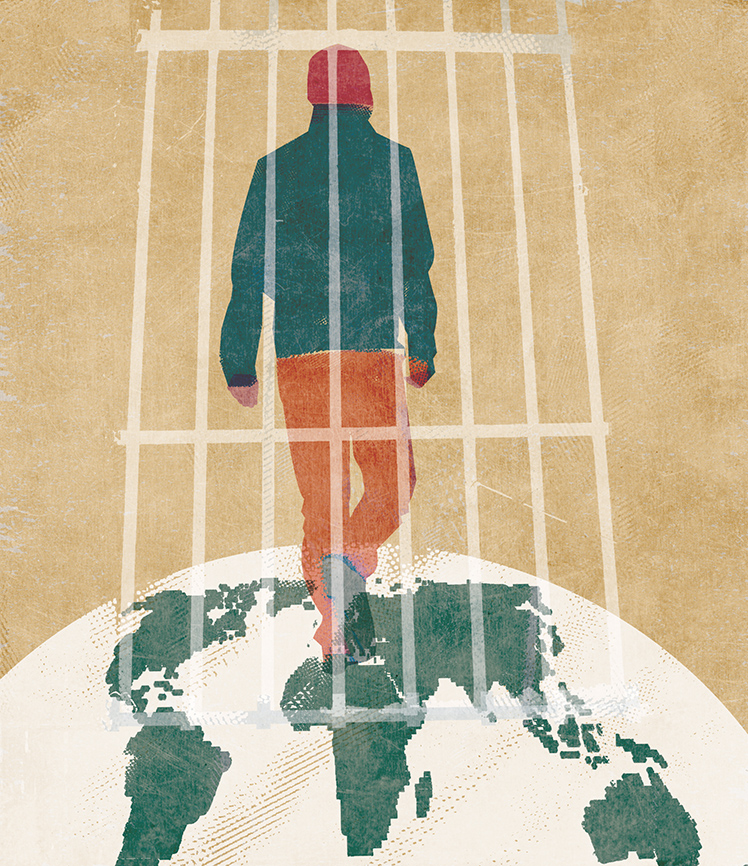