Climate and Energy
By Tomáš Jungwirth
All info
EN

Climate change is finally fuelling public action and making headlines. From school strikes to the Green New Deal, politicians are being forced to sit up and react. Greens and environmentalists should welcome this energy. Regardless of whether it translates into votes, new movements are vital allies in the struggle for a sustainable societal transformation.

“It is worse, much worse, than you think.” With these words opens The Uninhabitable Earth by David Wallace-Wells, a terrifying and captivating account of life on a planet disfigured by destruction wrought on it by humanity in the form of the climate crisis, as it will in all probability unfold in the (very near) future.

Our plight is aggravated from all sides: individual cognitive biases undermine our very ability to comprehend the challenge; vested corporate interests strive to replicate the economic status quo; politics everywhere remain obsessed with growth rather than sustainability; our comfortable consumerist lifestyles induce complacency; and most of the institutions we have built do not seem fit for the purpose.

In spite of having had a solid scientific understanding of global climate change for at least three decades now, humankind has thus far proved unable to follow up with the profound socioeconomic transformation required to prevent the bleakest of outcomes. Instead, emissions of greenhouse gases continue to surge unabated: in 2018, they have risen by an estimated 2.7 per cent globally, compared to 1.6 per cent in 2017.

Many have long warned against alarmism. For one, widespread scientific restraint has been enhanced by the knowledge that climate deniers – whether driven by real conviction or cynical opportunism – will readily use any unfulfilled prediction or miscalculation to denounce all of climate science as farce. Adding to that, a body of literature on human psychology consistently advised that hope is best spurred by messages of hope. But this tactic has not borne fruit. And by all accounts, time is up.

The house is on fire and people are in the streets

2018 will go down as the year when people finally began taking the streets in the name of the climate. It may be too little, too late, but things are changing.

Last summer, the young Swedish climate activist Greta Thunberg sparked a wave of protest among school pupils. This movement of children coming out in the defence of their very future spread to places across Europe, Australia, the Americas, and beyond. In parallel, the UK-founded Extinction Rebellion movement was created, using methods of civil disobedience to pressure governments to acknowledge the climate crisis and act accordingly. Hundreds of city councils have responded to a call to declare a climate emergency. Meanwhile, the Green New Deal was unveiled by US congresswoman Alexandria Ocasio-Cortez. The proposal for massive public investment in the green transition calls for a broad mobilisation effort equivalent to the one the US undertook in the Second World War and has already demonstrated its potential to transform American politics.

What all of these initiatives share is that they do not shy away from calling a spade a spade. “I want you to act as if the house was on fire. Because it is,” Greta Thunberg asserted a couple weeks ago facing world government and business leaders at the World Economic Forum in Davos. But recently even scientists have moved their narratives in the direction of truth over caution, as demonstrated by the last Intergovernmental Panel on Climate Change special report that unequivocally stated that we have 12 years left to avoid the worst effects of climate change.

Somewhat paradoxically, hope can be sought in the contagious character of the message of panic. In the words of Richard Heinberg of the Post Carbon Institute, a US-based environmental think-thank: “Once you know about overpopulation, overshoot, depletion, climate change, and the dynamics of societal collapse, you can’t unknow it, and your every subsequent thought is tinted.” Understanding the gravity of things is crushing yet, at the same time, inspires action. And so where all other motivations had failed to make us act, just perhaps, fear may succeed.

Many veteran Greens and people engaged with environmental matters more generally perceive the new social movements with a mix of awe, hope, and envy. They had been saying the same things for years, even decades, and more often than not, few seemed to listen. Adding a pinch of salt to the wound, climate strikers are also refusing to openly align themselves with any political force, so as to prevent allegations of partisanship.

Nevertheless, while ownership and attribution are sensitive issues, in face of the challenges ahead they are clearly secondary. And since party politics is hardly going anywhere anytime soon, the boost in climate consciousness among the general public, regardless of its source, has the potential to empower Greens all around Europe and beyond.

just as the emergency is inherently transnational, so is the climate movement

In this sense, the protesters are also a timely reminder of how crucial it is for the Greens to stay focused on their core message. In Green party manifestos, the environment comes first for a very good reason: it is the necessary precondition to just about everything else. As becomes more evident with each passing day, a struggle for the planet is nothing but a struggle for the future of humanity.

The Greens have for some time now been the light bearers for planetary and civilisational sustainability. To promote that cause, they can use just about any allies out there. For this reason if no other, they should embrace the new initiatives on any terms offered to them.

Ticket out of identity politics

Without a doubt, the impacts of the climate crisis, be it water shortages or crop failure or mass migration, will greatly aggravate the future potential for both inter-state and intra-state conflicts. They can easily become a breeding ground for new factionalism and particularism. Nevertheless, just as the emergency is inherently transnational, so is the climate movement.

In the same vein, the climate crisis may serve as a ticket out of the identity politics that prioritise the interests of disparate groups over the construction of the collective, and that have been keeping many across the political spectrum overly busy of late. Only a quick glance at the approaching tide should be a sufficient wake-up call to put aside tribal affiliations and rise beyond the narcissism of minor differences. Cooperation is needed against a common foe: the environmental genie that was let out of the bottle in the name of our very human progress.

Should a critical mass conclude that a way out of this mess is inconceivable without challenging some of the fundamental institutions and rules of our present socio-economic order, so be it. History, whoever is there to write it, will not judge lightly those who remained too timid or otherwise distracted and who failed to act accordingly at this time of utmost urgency.

The challenge for Greens is to consolidate their credibility by building successful green-left alliances and bridging the ecological and the social so as to leave none behind.

As the COVID-19 crisis has further highlighted, local public services are essential to achieve a sustainable and democratic life. 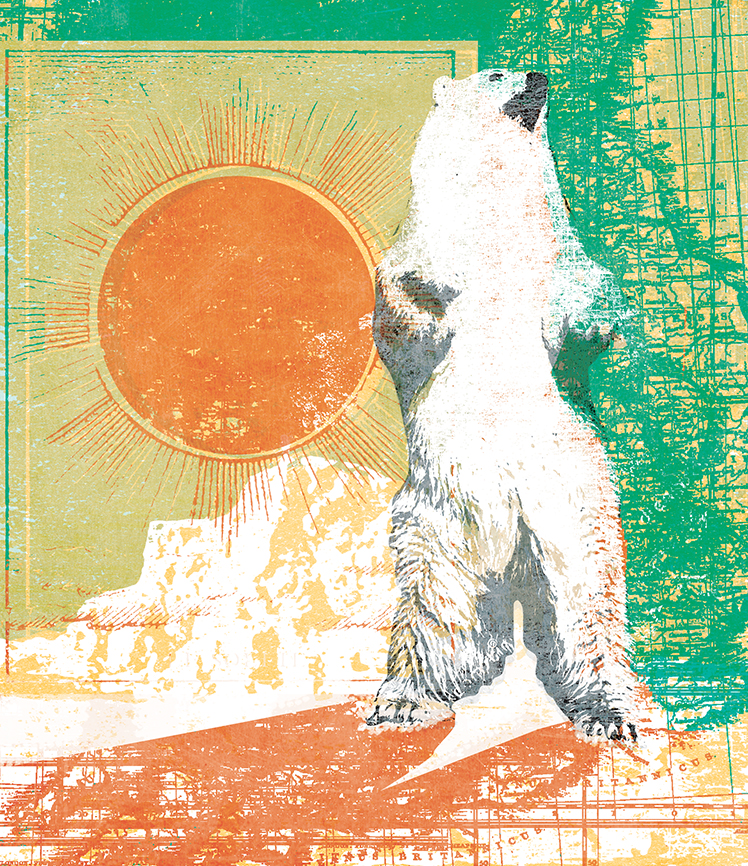