Climate and Energy
By Alidost Numan
All info
EN TR

It was the biggest demonstration I ever participated in, and yes that includes those of recent years that may potentially come to mind. Maybe it was not as numerous, maybe it was; that is not the important part. The media’s count was a mammoth 400 thousand, surpassing the quarter of a million best-case scenario expectations. 400 thousand people, of diverse backgrounds and thought, speaking many languages, those I recognise and those I don’t, we walked together. A flood of humanity that stretched for tens of kilometres, meandering with the curve of the path; an endless count of climate activists front and back! This seemingly surreal image set ones heart going; but such is the condition, and such is our very tangible contemporary climate reality.

Our demand and the solutions on which we were agreed showed strong unity. I entered and exited the People’s Climate March at different points; it was the sort of welcoming atmosphere where people felt comfortable doing this. All participants I encountered voiced one item on an overlapping list of demands, but were happy to chant and participate in demanding other items.

Everybody there was aware that climate change is a life and death issue, that we are at the edge of the cliff, and that political inaction is unacceptable. Nobody was there to say “come, let’s solve this by changing our light bulbs and buying more efficient cars”. Apart from the awareness of this planetary emergency, the second thing all united on, one could feel, was where the necessary change needs to be: the transformation has to be in the economy.

Key issues from close to home

The call for renewables and a renewable energy economy, with a strong emphasis on employment, was everywhere. The very visible discourse was “we need to make fossil fuels fossils”. As well as solar energy, offshore wind had many proponents in the march. Hydraulic fracturing evidently hurts as many local communities as argued, as there was no shortage of people with anti-fracking t-shirts and signs. Smiling Sun flags were fairly commonplace too, and I did see some anti-nuclear signs. Nobody there bought techno-fix solutions, replacing one giant problem with another. Another important, and surprisingly ever-present issue was food. Calls for local, organic food, were in your face no matter where you turned, and a cry reminding that the food industry is killing the climate cold be heard constantly. I suppose one should not be surprised at this; we were in the USA after all, and the bus ride to New York was through hours-long stretches of GMO cornfields interrupted with rest stops consisting solely of fast-food franchises. The discourse “your meat habit is taking away the planet’s right to life” can also be very justified in the context of this country, and both on the road and at the rally, one had a distinct sense that very few among those climate conscious in the post ‘90s generation were carnivorous. The correspondence between action and words was a principle nearly all of them cared for, I felt among the people surrounding me.

The truly hope-inspiring impression is the one on that the transformation needs to be regarding the economy. In the US, there is disenchantment at grassroots level that transcends party boundaries when it comes to the effects of banking crises and lobbying. The idea that inaction regarding climate change is very much related to this defunct structure is now mainstream, and nearly all in the march walked expressing in one way or another that corporate capitalism in its current form and consumerism were to blame as culprit number one. Thus, one of the demands that I kept coming across all over the procession was a strong call for a carbon tax.

Citizens on the march

Who was there? The logistics of and the successful mobilisation towards the People’s Climate March, and its communication were all so successful, as well as technologically innovative without being alienating, that these deserve an article in their own right. Even though at its start, the cortege was organised according to fields of concern, sure enough, everyone had intermixed so that everyone was everywhere. At least, that was the case for the students, the frontlines and forefront people, the solutions people and environmental activists. Nobody pushed their political party, labour union, or even environmental NGO affiliation or waved their flag too fervently, and clearly the message came first. The majority of the people were unaffiliated citizens there with their friends and children anyway.

As always the case in the United States, there was a very visible presence of faith groups; many have been and now more and more are seriously engaged in divestment. Climate change for these groups is a matter of respect for the created, and also one of justice, human fraternity and solidarity. Another striking group was the series of neighbourhood movements. Both regarding food and regarding disasters, these groups are victims of climate injustice, and there are many among them who are emigrants of or are related to people in countries where climate change is taking a harder toll. They are at the end of the barrel, so to speak, where risks are concerned; and it is apparent that they are now aware of this. Of course, the most visible and numerous, crowd was the students and youth movements. There is formidable organising going on as part of the divestment campaign on campuses all over this country with its private universities, many with endowments in the billions of dollars in investment value. Grassroots student movements spearhead it, and clearly this organising has paid off for more than divestment. These groups were everywhere! They were very vibrant and had come with well-prepared banners. More importantly, not only was it evident that they embrace climate change as their generational issue, but those I had a chance to interact with or observe also seemed to know the issue well. Signs with “Youth want climate justice” written on them were everywhere.

A historic responsibility to act

Those meeting on the UN Climate Summit on 23rd of September, two days after the march, should have been scared! And certainly, Barack Obama had to acknowledge, “the alarm bells keep ringing, our citizens keep marching”. The summit itself, while a strong gesture at the top level, recognising the gravity of climate change and the need for a post-Kyoto treaty, turned out to be still within a logic that is far too voluntary and unbinding. Debate of issues was piecemeal. Statements of intention towards commitment were very conditional; the under-attendance itself showed this. Voluntary goals set by industry participants (out of all the participants!) was about the only tangible result. This will not do. Neither the youth, nor any one of us will let go of the matter if governments do not reach a meaningful and binding climate accord at Paris in 2015.

There were no dominant slogans or chants in the People’s Climate March. Most of the attendees had no such experience anyway. We all knew the real statement was in our presence there, and in our magnificent numbers. In such awareness, there were no speeches either, nor was there any unnecessary rhetoric. We have been voicing what we have to say for twenty years. As one of the signs I saw expressed it well: “The debate is over”. There was only a small celebration at the end point where the many music bands that took part in the march performed, and a wishing-wall where we tied ribbons. The moments that made the greatest mark on many participants were from 12:58, when an utter silence fell upon the streets of New York in honour of those already affected by climate change. The incredible silence of hundreds of thousands in its awe was overtaken by the revolt and outcry of hundreds of thousands, at 13:00, all at once, calling for climate action now.

This article was originally published in Yezil Gazete in Turkish, and has been edited.

This interview on eco-social struggle in Latin America highlights the importance of social movements and warns against the illusion of change from above.

A legal system that prioritises the conservation of the living world over private property would be a powerful tool for ecological transition.

From the Street Up: Founding a New Politics in Spain Politics
By Cristina Monge, Esteban Hernández, Florent Marcellesi

Is political ecology able to push for real transformation and to offer a convincing narrative that transcends class lines? 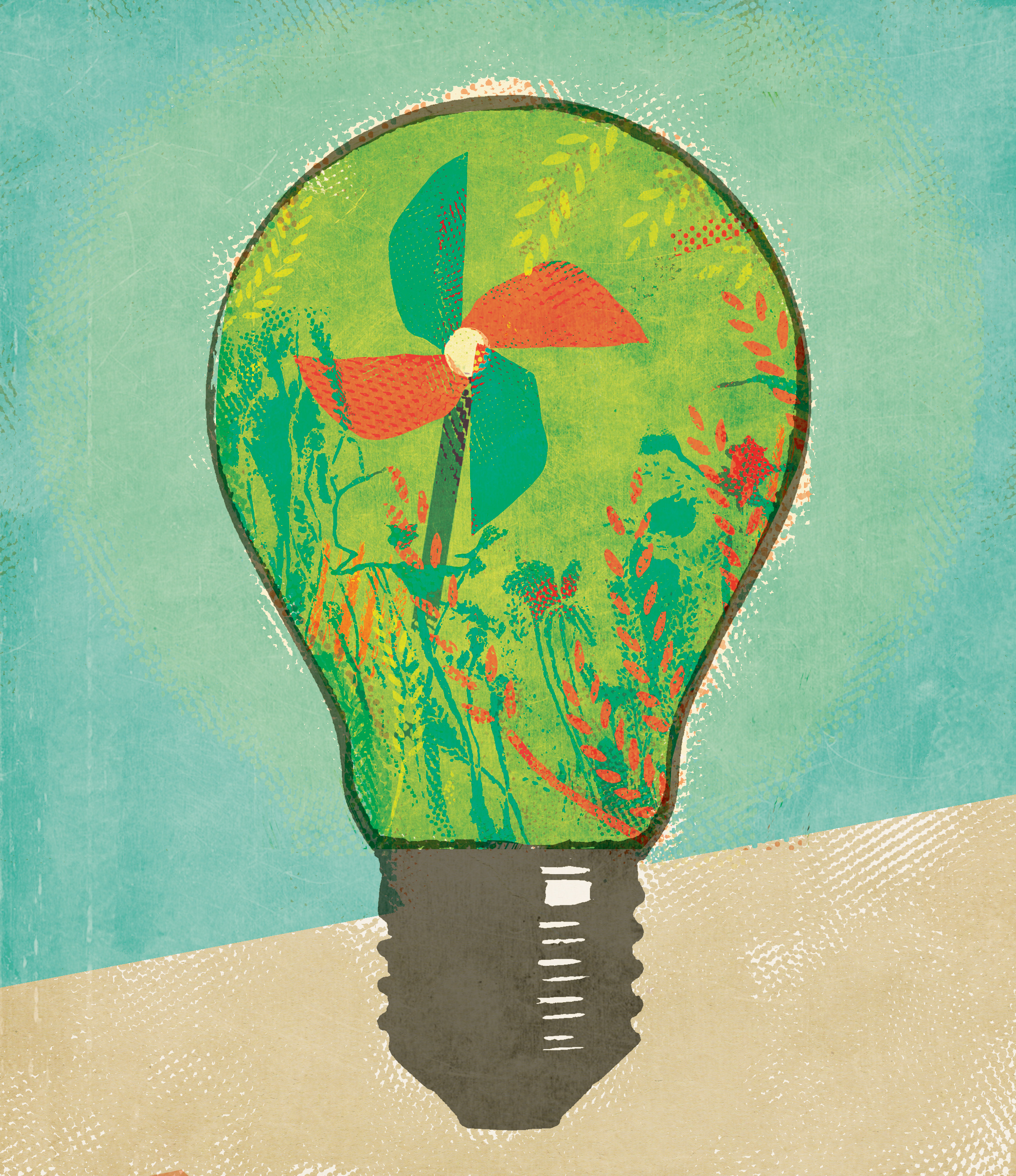