Reforming the EU through institutional fixes or selling it through better PR will only get you so far. Europe is undergoing profound changes that are not fully understood, from the level of the individual up to its position as a polity. The fraught question of its future speaks to wider dilemmas reshaping the conditions of democratic politics the world over. As part of the Green European Journal series looking beyond the May 2019 elections, Niccolò Milanese, author of Citizens of Nowhere, asks what it means when institutions no longer match the society they are meant to represent. His solution for political forces in changing times? Keep on your toes, avoid business as usual, and offer a vision for Europe that moves with its citizens.

Saying the European elections are usually an anticlimax overstates the degree of excitement they generate in the first place. Notoriously, the turnout in the elections has gone down every time since they first took place in 1979. In 2014 the official slogan of the elections was ‘This time it’s different’. It wasn’t: turnout went down again. In 2019 the slogan is ‘This time I’m voting’ (is this famously self-depreciating Belgian humour from the European Parliament in Brussels?). The explanations of this relatively low interest in the European elections are well known: they are treated as second-order elections by national political parties; they are inadequately covered by national media; and people tend to be unaware of the extent of the powers the parliament has come to hold. Not to mention, lower turnouts is a trend for all elections.

In 2019, many things are different. The UK has voted to leave the EU but has not yet left. Far-right political parties are in government in several European member states. Spurred by success, they have upped their ambitions from leaving the European Union to taking it over. Outside Europe, chauvinistic nationalism appears to be in the ascendency in USA and Brazil, but also in India, the Philippines, and China. Russian interference in the democratic life of other countries is widely reported. Meanwhile, the warnings that climate change and species extinction are becoming such grave risks that we need to take urgent action multiply, from UN reports to everyday comments on bizarre unseasonal weather. Will a sense of impending danger and risk lead to a renewed and reinvigorated European engagement? Or will these various risks lead to national retrenchment? Nothing is ruled out and making predictions is a fool’s game, but as far as I can see the answer is likely to be neither… or both. Which perhaps suggests that these are the wrong questions to be asking.

Still, the relationship has changed over the last decade. A decade of financial crisis has seen the European Union on newspaper front pages daily, European council meetings multiply, and the powers of the European Commission to control national budgets increase. A self-made ‘migration crisis’ and military and energy insecurity in the East have all driven national political debates which have European questions at their centre to an unprecedented degree.

Yet, outside of limited circles and institutions such as the European Parliament, this unprecedented degree of ‘Europeanisation’ has not led to one unified European public debate in which everyone shares basic definitions and norms, but rather a multiplicity of debates that offer different interpretations of the European scene. Interpreting the European Union is now a crucial task of political parties and politicians, as well as the media: a task for which they are typically badly prepared. The public debates about European politics are of course nationalised, but are fragmented in other ways as well, notably through the echo chambers of the internet and social media, which are partly but not entirely isolated one from another. In such a complicated environment, the basic techniques of political communication become extremely difficult. Not only are there multiple and diverse audiences to appeal to, there are endless media in which any message can be twisted to mean the opposite of what was intended.

Having said that, the intertwining of European and national affairs is not only about communication, the public sphere and the way Europeans understand or misunderstand each other. In a very material sense, national and European politics are inseparable and one needs only look at Brexit negotiations to become aware of the degree of integration of the European economies.

It would be too easy to suppose that the emergence of a genuine ‘federal’ European politics would solve all these problems. Transnational lists elected to a more powerful parliament that becomes the central organ of a newly unified European body politic. Truly ‘European’ media covering European affairs for a pan-European audience. Perhaps that is eventually where we will end up. An alternative would be an effort to make a clearer division of competences between European and national authorities, with Europe ‘focusing on the big things’. But the pretence of being able to decide through rules what is a local phenomenon and what crosses borders is likely a smokescreen for ultimately allowing the market to divide and decide the European polity. And whether one’s preference for the future of the Union is a federal republic or a confederal system with multiple levels, there is the question of how to get there from where we currently are. Ultimately, the challenge facing Europe as a democratic polity is a smaller and more intensified version of a new and globally confusing, messy, intertwined and interdependent politics; the communicative and economic dialectic of integration and fragmentation in the European Union is a metaphor for what is happening across the planet.

‘taking back control’ does not mean the return to a sovereign country, as the Brexiteers promised, but throwing ourselves into the uncertainty of working and experimenting together across the multiplying borders

In such a predicament, attempts to understand the current conjecture of European politics as a battle between nationalists and Europeanists, or between populists and the elite, between the centre and the radicals, or even between left and right might all be insufficient. All of those oppositions have some pertinence and each will reveal some tendencies. But it seems that politics as normal is no longer sufficient in a moment of technological and civilisational change. Our governments, parliaments and institutions will all struggle to govern, divided internally and unable to count on the unity of the population they are charged with representing. This is the moment of metamorphosis of the political body. The alternative to military force in a moment of such incapacity of politics is civic mobilisation and experimentation, and this implies enlarging our vision of the political scene outside of the institutions. The crucial question to ask of the candidates for the European Parliament may therefore be less about what their plans are for inside the institutions, but in what ways they plan to work with citizens to do all the things the institutions may be incapable of achieving, how they plan to empower and enfranchise citizens to act outside of the elections. This is not a politically neutral question: plans to decimate, undermine or privatise the cultural, environmental and social structures and institutions which give citizens collective capacity are a form of war on our future, as are attempts to create boundaries and obstacles to such collaboration.

All in all, the political incapacity of the European institutions which led to the financial crisis being unresolved and exploited by capital, the same cynicism which caused migrants to be blamed and left to die for an artificial crisis from which others profit, may continue for some time yet. In the meantime, from a position at once of resistance and of an avant-garde, perhaps more and more of us citizens will need to learn that really ‘taking back control’ does not mean the return to a sovereign country, as the Brexiteers promised, but throwing ourselves into the uncertainty of working and experimenting together across the multiplying borders, inventing a new politics as we do so. Maybe on that other stage, usually out of the media spotlight and away from the ballot box – but much closer to our everyday life – is where the real drama is taking place.

Policies and Vision Matter, Not Style Politics
By Emilia Palonen

As a way of doing politics, populism is here to stay. Its opponents must offer real alternatives and keep political debate grounded upon the choices at hand. 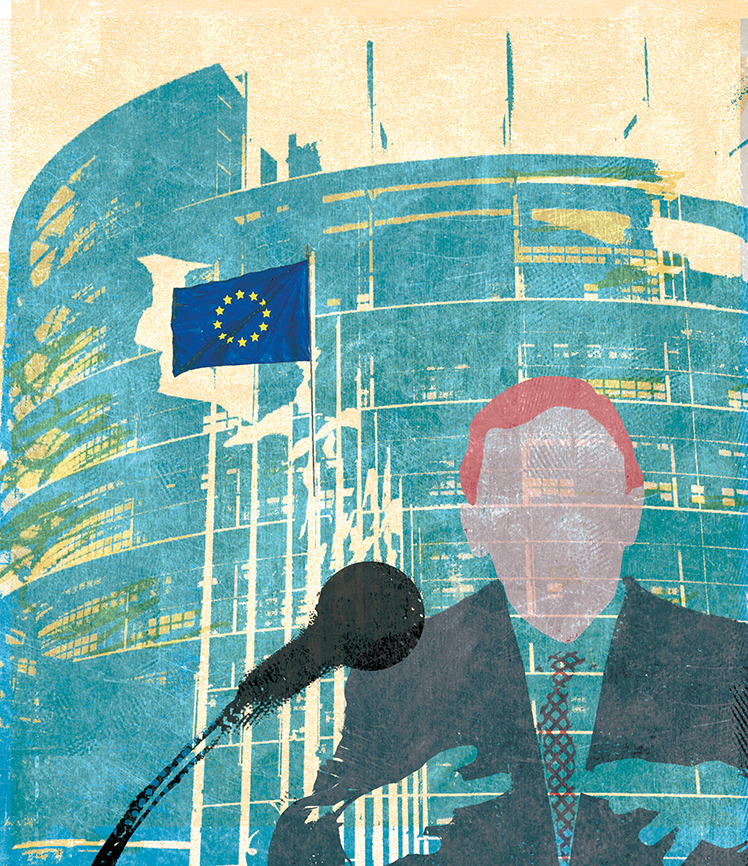