Society, Media and Culture
By Anders Schröder
All info
EN

Within the green movement, there is a split between techno-optimists and techno-pessimists. What is the cause of this division, and when did it occur? According to Anders Schröder, the answer is to be found almost 400 years ago. From policy matters to debates over strategy, this divide shapes political visions with the green camp and beyond. In order to navigate it, its roots must first be understood.

The green movement is divided between two different visions of how the perfect green society looks. One side sees a global village, where free individuals live in energy-efficient cities and combine green policies with new technologies to create a sustainable society. The dominating values in this vision are individualism, rationality, and an optimistic view of development and technology. Proponents of such a view are usually called eco-modernists.

On the other side, we find a social vision where we should seek to move away from the city and out into the countryside, build small communities, reject new technology as a solution to the climate crisis, and instead change our lifestyle and our relationship with Mother Earth itself. Here, the focus is on holism, spirituality, technology scepticism, and local solutions. Proponents are often referred to as deep ecologists. While these two visions exist in parallel within the green movement, they often struggle to reach mutual understanding. To grasp how these two visions came about, and why they are so divergent, we need to go back 400 years: back to the emergence of what is usually called modernity.

A World to Master or a Disenchanted World

In 1620, Francis Bacon published his masterpiece Novum Organum, a book that would permanently revolutionise Western thinking. In this book, Bacon advocates for a scientific method where nature is studied and conclusions are drawn according to observations. This, Bacon argued, was how we could increase our knowledge of the world and develop new technology. This may sound obvious today, but in the 17th century, knowledge was determined by tradition, religion, and customs, rather than empirical studies of nature. Bacon envisions a humanity in which new knowledge, gained from studying nature, benefits everyone. That knowledge is then used to take control of nature with the help of new technologies, leading to an upward spiral where humanity moves further and further away from barbarism, towards civilisation. In the end, Bacon predicts, humanity will control nature completely, and “extend the dominion of the human race over the universe”.

Much of what Bacon dreamt of has in fact happened. Today, all the world’s knowledge is available through a phone in the palm of your hand. Diseases such as smallpox that previously killed millions have been eradicated, and new ones can be hoped to be cured. Through new technology, lifespans are now twice as long as they were in Bacon’s time, and, needless to say, people live much more comfortable lives as well. Bacon’s idea that knowledge should be built on rational observations instead of tradition and religion also laid the foundation for enlightenment ideas of democracy and equality. Eco-modernists would say that Bacon’s way of thinking has created the modern society we have today, and that any societal problems must be solved with the same thinking. More common rationality, more knowledge, more individual rights, more globalisation.

Bacon’s dream of a civilisation moving upwards is a dream of eternal economic growth, and the exhaustive exploitation of nature is a goal in of itself.

However, not everyone agreed with Bacon’s ideas. In Bacon’s world, nature has no rights. On the contrary, God has given nature to man for exploitation. Max Weber, the father of sociology, noted in the early 20th century that the new rational social order that arose because of Bacon (commonly called modernity) had led to a disenchantment of the world, not least of nature. In the past, nature was something magical to which everybody felt connected, and considered themselves part of. When everything is studied scientifically, the perceived magic of life disappears. Instead of walking through a forest and seeing its enchanting beauty, we go through the same forest and see a number of biological processes, or even a set of natural resources to extract. Philosophers such as Martin Heidegger and Theodor Adorno feared that the process of modernity was making us more distanced from nature, and unable to see its real value.

In this way, the thinking of modernity lays the foundation for the consumer society. Bacon’s dream of a civilisation moving upwards is a dream of eternal economic growth, and the exhaustive exploitation of nature is a goal in of itself. Greater control of nature equates to greater civilisation. Combine this with increased individualism, also a consequence of modernity, and the result is an egocentric society where the only purpose of nature is to fulfill the desires of consumers.

Many other critiques of modernity could be mentioned. For the purposes of this article, the important point is that deep ecologists agree that modernity has separated us from nature. They believe that a socially and ecologically sustainable society cannot be created in a context where the ideals of modernity so clearly dominate. Perspectives on modernity have far-reaching consequences on which green policies are preferred.

For example, an eco-modernist might see genetically modified organisms as a positive development. Creating crops that require less water and less pesticides can be good for the environment, they say. When nature is tamed, both nature and humanity are winners. A deep ecologist, on the other hand, is concerned about the effects of GMOs on biodiversity, and is also fundamentally sceptical about whether it is ethical for humanity to create unnatural plants. Nature should not just exist for the sake of the human race.

Another example is how animals are valued. Eco-modernists often discourage meat-eating for animal rights reasons. Eco-modernists attribute a value to each individual animal, a sort of individual right. A deep ecologist is less likely to oppose all meat-eating, since eating animals may form part of a natural cycle. However, the deep ecologist is much more concerned about biodiversity. The value of the animal does not come from its individuality, but from its place in a larger ecosystem.

Finally, the divide between city and country should be mentioned. The eco-modernist tends to prefer the city. The city has the potential to be resource efficient, with public transport and energy efficient houses. The anonymity of the city allows for individual freedom and diversity. Deep ecologists tend to prefer the countryside for being closer to nature, but also closer to their neighbours, replacing the anonymity of the city with community and local democracy.

Imagining a Virtuous Break with the Modern Age Society, Media and Culture
By Edouard Gaudot

To prevent the crystalisation of existing hierarchies and oppression, techno-scientific advances must keep freedom, equality, and sustainability as guiding principles.

Algorithmic Governmentality and the Death of Politics Society, Media and Culture
By Antoinette Rouvroy

What is algorithmic governmentality? What transformations are the tech revolution catalysing in society and politics? In this in-depth conversation, legal philosopher Antoinette Rouvroy questions the drive to rationalise all aspects of life through data and sets out possibilities for alternatives. 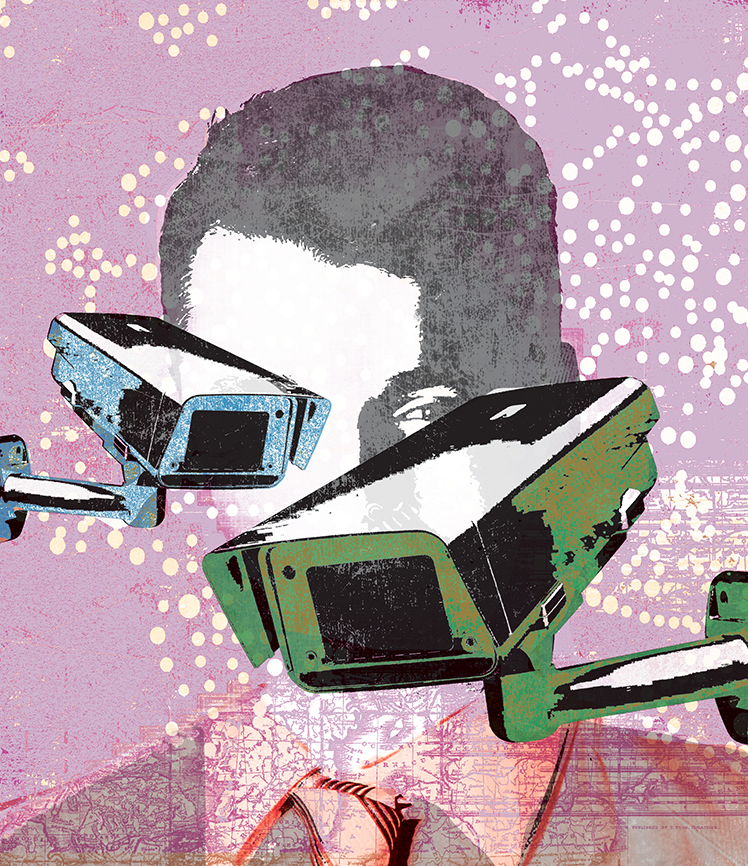