Thomas Klau is a political analyst, writer and consultant. He has previously worked as bureau chief and policy fellow for the European Council on Foreign Relations in Paris, and as columnist and correspondent for the Financial Times Deutschland in Brussels and later Washington. He is a co-founder and trustee of Asylos, a charity engaging in research for refugees and asylum seekers.

The Suicide of the Atlantic West
By Joschka Fischer, Thomas Klau 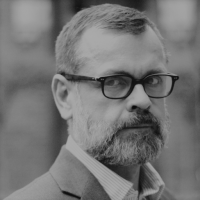