Joschka Fischer was German Foreign Minister and Vice Chancellor from 1998-2005. He entered electoral politics after participating in the anti-establishment protests of the 1960s and 1970s, and played a key role in founding Germany’s Green Party, which he led for almost two decades. He is the author of the book Is Europe Failing? (2014).

The Suicide of the Atlantic West
By Joschka Fischer, Thomas Klau

“War,” said the ancient Greek philosopher Heraclitus, is the “father of all things.” In view of the bloody – indeed barbaric – events in the Middle East (and in Iraq and Syria in particular), one might be tempted to agree, even though such ideas no longer seem to have a place in the postmodern worldview of today’s Europe. 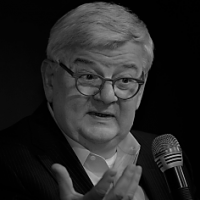