Strong political and economic ties with Russia prevent Belarus from becoming a fully neutral and independent state. And any change of geopolitical orientation or integration with the West seems out of the question. The only option Minsk has, if it wants to maintain sovereignty, is to find its place in the multipolar world, one that is now coming into view. In turn, this has implications for the EU and for any values-based foreign policy.

Recent talks about the possible incorporation of Belarus into the Russian Federation have brought wide attention to the country and its place in the changing world. It sparked a series of discussions on Belarus’s neutrality and multipolarity, which have been the foundation of the republic’s foreign policy since the collapse of the Soviet Union. First stipulated in Article 18 of the 1994 Constitution, it was repeated and further developed in official state documents. Yet for almost two decades, these two important principles were reduced to words on paper while the behaviour of the Belarusian authorities, especially President Alyaksandr Lukashenka, displayed a completely different approach. Indeed, almost since the beginning of his rule, Lukashenka was tightening co-operation with Russia. The milestone agreement in this regard, concluded in 1999, established the Union State of Russia and Belarus.

For almost a quarter of a century Minsk authorities have been stressing the cultural proximity between Belarusians and Russians, enforcing Soviet nostalgia and treating Belarusian identity, language and culture as something hostile to official state policy. In the meantime, Russia, by subsidising the inefficient and unreformed Belarusian economy, has taken over through Gazprom, Belarus’s strategic gas industry system. Military and security co-operation was also sealed. The integration of the two states was further reinforced by Western ostracism directed towards Minsk authorities for their human rights violations and sad democratic record.

Realistically speaking, Belarus has no chance to establish any political alliance that would be anti-Russia.

Starting with multipolarity as a rescue solution for the Belarusian economy, two facts need to be considered. First, trade agreements are the fundamental element of Belarus’s foreign policy. Second, the Belarusian economy has never gone through a full transformation to a market economy. Thus, the elements of a capitalist system that have been introduced in Belarus were merely inherited from the Soviet Union and still remain based on state ownership and central planning. This machine, which is not very efficient, was supported with Russian money and loans for the last couple of decades. Therefore, it was Russia’s recent economic crisis and the Kremlin’s impatience of providing constant support that pushed Minsk to look for partners elsewhere.

The West appears like an obvious choice, geographically speaking. Belarus’s location between the EU and Russia gives it a unique opportunity to be an intermediary. However, relations with Western states and institutions are still a large problem for Lukashenka. Unlike Russia, these potential partners expect that, in exchange for credits and investments, Belarus will introduce reforms, liberalisation and free elections as well as make some concessions. These are things the Belarusian authorities are not ready for. The truth is there were times in the last quarter century when Belarus promised the West that it would reform. Yet it acted undemocratically in the aftermath of receiving aid, and opposition politicians were sent to prison while Western diplomats were expelled. Moscow, naturally, came to the rescue and the cycle was completed.

In search of new partners

That is why the authorities in Minsk are now looking for partners outside the traditional division between West (the United States and Europe) and East (Russia). The first bet was China, which was expected to turn Belarus into a “hub” of modern technology and an important element of its New Silk Road initiative. However, it turned out pretty quickly that the Chinese are not interested in working together with the Belarusians on developing modern technologies, nor do they want to share their know-how with them. Despite multi-million dollar investments in the Great Stone Industrial Park near Minsk, which is a flagship Belarusian-Chinese economic project, it is feared that China uses Belarus as an assembly plant for its goods (in addition, Chinese-built factories have a devastating impact on the environment). The annual trade balance does not help much either, as it shows China’s advantage in its relationship with Belarus.

Belarus has also established economic relations with some Latin American and Asian states. But even here what the statistics show is cruel. How can you talk about a successful multi-vector policy if the World Bank records that 44 per cent of Belarus’s trade balance is with Russia, followed by a mere 11.5 per cent with Ukraine? Even the trade exchange Belarus has with the EU, taken as a whole, does not exceed its trade with Russia. What is more, trade with the EU essentially means the export of petroleum products made from Russian resources.

if the current “stability” disappears, society may withdraw from the unwritten agreement it had entered into with the authorities

Nevertheless, Belarus needs international partners to maintain sovereignty and to show that there is a difference between Minsk and Moscow. For these reasons, Lukashenka initiated Minsk I and Minsk II (the peace negotiations over the situation in Donbas), made calls for an OSCE-style security conference, and Belarus occasionally cast votes against Russia at the United Nations. Despite these gestures, as Kamil Kłysiński of the Warsaw-based Centre for Eastern Studies (OSW) rightly puts it, “the close political and military relations with Moscow undermine Belarus as a neutral actor in the post-Soviet space.”

The wave of populism and departure from democracy, which has swept the Western world recently, has created potential partners for Belarus and strengthened existing ones. This includes the countries which once belonged to the second and third world and noticeably pay less attention to political values than Western liberal democracies generally do. Most importantly, these states are more open to pragmatic co-operation. Such are the relationships that Belarus has recently established with Turkey, Hungary and the United Arab Emirates.

In crisis moments, Belarus uses the “multipolarity” tactic as a tool to influence Moscow by showing signs that the Belarusian economy can become independent from Russia. Minsk also looks for new partners when it needs to push the Kremlin to support the deficient Belarusian economy. It also uses them as a security to reduce the risk of incorporation into the Russian Federation. When this proposal was presented by Prime Minister Dimitry Medvedev in December last year, the main argument coming from the Russians was that with a deep political integration between the two states, Russia would be subsidising not an independent Belarus but an element of the Union State. Understandably, any attempts made by Belarus to balance the trade exchange through co-operation with other non-Russian partners would deprive the Kremlin of this argument.

When playing the multipolarity game with Russia, Minsk risks “overbidding”. It is clear that the Kremlin does not treat its Eastern neighbour as an equal partner. Instead, it sees it as a sphere of Russia’s influence and an element of the Russian world. Thus, should Vladimir Putin ever come to the conclusion that Minsk is attempting to leave the current arrangement, he will not hesitate to take adequate action to stop it. This could range from an exchange of authorities in Belarus to its complete incorporation into the Russian Federation.

A way to cement the political system

Belarus looks for partners and investors to save the economy and maintain sovereignty. However, it has another goal, and arguably the most important one: to retain the existing political system (i.e. Lukashenka’s rule) and ensure a fluid succession within the system – of course, when the time is right. For the moment, the system operates thanks to the stability, access to social services and public order which were promised by the authorities to the Belarusian people in exchange of their renouncing democratic values. In the long run, however, this contract can be quite costly.

Aware of this threat, the Belarusian elite knows that only a permanent inflow of “outside” resources can keep their system together – whether it is done with roubles, euros, dollars or yuans. Thus, finding partners outside Russia is needed to maintain the status quo. Otherwise, if the current “stability” disappears, society may withdraw from the unwritten agreement it had entered into with the authorities. A Maidan in Minsk is clearly Lukashenka’s greatest nightmare.

Belarus’s multi-vector policy brings risks. More than anything else, it could provoke Russia to force the authorities in Minsk into “deeper integration.”

Strong political and economic ties with Russia prevent Belarus from becoming a fully neutral and independent state, one that freely selects its partners. Yet any change of geopolitical orientation or integration with the West is out of the question. The only option that Minsk has, if it wants to maintain sovereignty, is to find its place in this emerging multipolar world. Initiatives like the Minsk I and Minsk II peace negotiations undeniably show the regime wants to act as a partner for global powers. With new investments it can even become an experimental beachhead of the Eurasian Economic Union. In other words, Belarus could be a place where, due to sanctions against Russia, legal investments can be made and where goods could be exported to the huge Eurasian market.

Belarus’s multi-vector policy brings risks nonetheless. More than anything else, it could provoke Russia to force the authorities in Minsk into “deeper integration” which, in practice, means incorporation. However, in the face of an economic crisis it would appear to be a safer solution. If carried out skillfully, it could stimulate a slow transformation of the economy, help maintain Belarus’s independence and the stability of its political system.

Does this policy mean there will be gains for everybody? Certainly not. The Belarusian opposition and civil society have legitimate reasons to be concerned. Since the war in Ukraine, even the EU has started to be less outspoken about democratic values. At the same time, the number of potential partners who openly criticise liberal democracy has grown worldwide and at a disturbing speed. Maybe this is an indication that Belarus will also find its place in this “new world”?

This article was originally published in New Eastern Europe.

A conversation on the geopolitical world Europe finds itself in, how different powers think about foreign relations differently, and what this all means for Eastern Europe.

Foreign investment into the EU often have political, as well as economic, motivations. Should the EU act on this?

The Kremlin is inclined to leave Europeans with no alternative but to reset a strategic dialogue. To achieve this Moscow will have to use a variety of its assets. 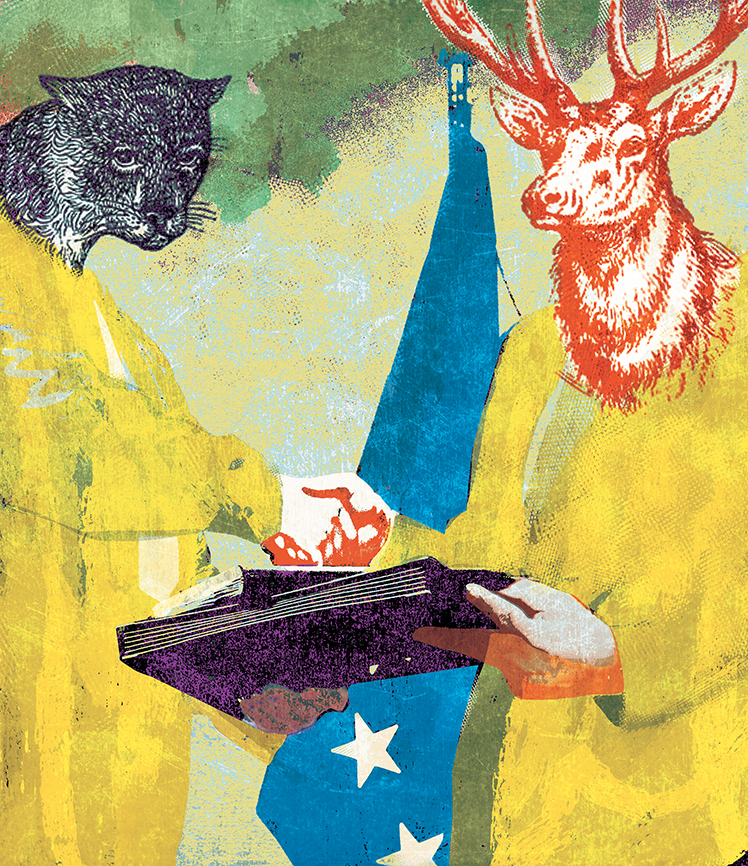