EN
More by Green European Journal
Just Transition Is About Systemic Change For the Union Makes Us Strong: Selected Reading for Labour Day Beyond the Brink: Understanding Europe’s New War

Most governments in the European Union receive the largest share of their revenues from the taxation of employed labour income, followed by capital and consumption. In the face of the many unfolding changes to the world of work, the Green European Journal asked what could be the alternatives or complements in terms of taxation, and how the way labour is taxed could be improved.

A series of experts from Green parties and organisations in different countries answered the two questions below. They come from Belgium, Bulgaria, the Czech Republic, Denmark, Finland, France, Germany, Greece, Hungary, Ireland, Italy, the Netherlands, Poland, Spain, Sweden, and the United Kingdom. Alongside their answers, a pie chart shows the existing distribution of the country’s total tax burden between capital, consumption, and labour.

Question 1. In the majority of cases in the European Union, taxes on employed labour are the largest source of national government revenue. What are the alternatives to labour taxes – not meaning a total substitute but other avenues to explore – proposed by the Greens (party or movement) in your country, if at all?

Question 2. Throughout Europe the challenge is often not how to replace or supplement taxes on employed labour income but how to improve them. How do Greens suggest improving labour taxes in your country? 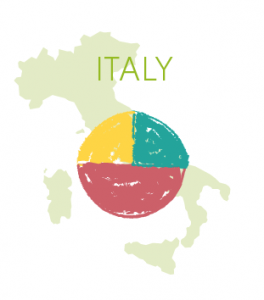 1. Greens in Italy would reduce labour taxation by intervening in two environmental issues: firstly, abolishing direct and indirect fossil fuel subsidies, worth about 15 billion euros per year, and secondly, through adequate taxation of activities with high environmental impact, such as quarries, bottled water, beach concessions, and road freight transport.

2. The Greens emphasise the need to redefine taxation on labour and production to drive the transition to a green, sharing economy. For example, VAT on goods must be differentiated on the basis of environmental and social objectives in order to reward innovation, quality, and protect labour rights. 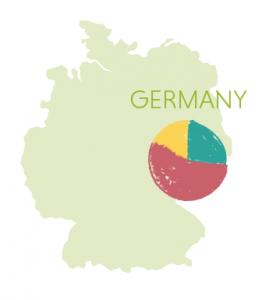 1. Greens propose first to strengthen taxation of pollution and CO2 emissions. Our guiding principle is to ‘tax bads, not goods’. It is equally important to fight the declining share of taxes on capital as one of the drivers behind rising inequality of income and wealth.

2. The Greens think that the taxation of labour income is very unequal in Germany. People with lower incomes who receive social benefits often have higher marginal tax rates than the rich. The tax system should be made more progressive and should encourage employment. 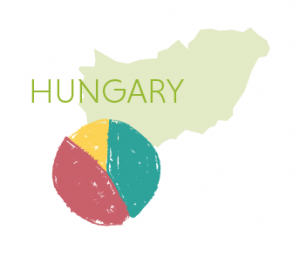 1. The goal is to reduce tax on labour and increase tax on capital and resource use, which refers not just to pollution but also natural resources such as land, water, forest, and air. Resource taxes will be applied according to social quotas and through calculations built in to the prices of goods.

2. LMP proposes a progressive income tax instead of the current flat tax, and a reduction of the burden on the less wealthy. We would like to apply this to every type of income, be it from labour, capital (interests, shares, enterprises, wealth), or from any another source. 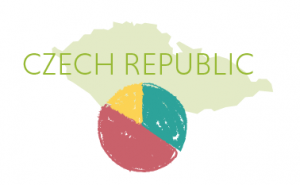 1. The Czech government should eliminate the excessive number of exemptions and simplify the tax system. The Greens recommend measures to fight tax havens in cooperation with other EU countries. Broadening the tax base is also desirable, especially through carbon and pesticide taxes.

2. In the Czech Republic, there is a lack of consensus on the main parameters of the tax system, so broader consensus will be the main goal of any sustainable tax reform. More concretely, the Greens support progressive labour income taxes and pairing the labour income. 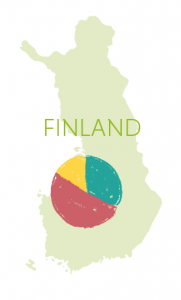 1. The Greens propose raising the property tax and introducing a sugar tax calculated by the product’s sugar content; as well as diminishing tax subsidies for environmentally harmful fuels, such as peat and light fuel oil for heating, and for industry and companies. We would also raise tax on shareholders of unlisted companies.

2. In order to improve the profitability of work, Greens have argued for the taxation of low-paid work to be reduced. Another problem has been the so-called income conversion, where high earnings are converted into lighter-taxed dividends. The taxation of dividends must be tightened. 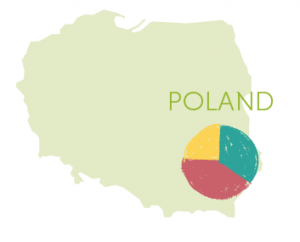 1. In addition to carbon and consumption taxes, one new form of taxation that will soon be a necessity and will limit the extent of income tax will be on automated, non-human work and services: robots, self-driving cars, and automated functionality.

2. Labour taxation must lead to a just sharing of wealth without hampering pay increases. One way to do this is to implement additional taxation of excess income relative to the pay of other employees: high earners are taxed additionally if their income is much larger than that of their coworkers. 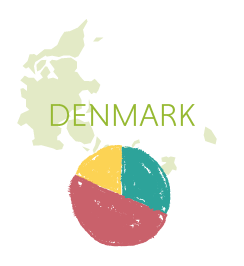 1. SF works towards and supports a new CO2 tax to replace the quota system, as well as taxes on environmentally unfriendly consumption. We have also pushed for Denmark to join the European countries for a financial transaction tax and, at home, to tax capital gains at (as a minimum) the same level as income.

2. In recent years, reforms have gone in the wrong direction and fairer, more progressive labour taxes are needed. Taxation must be raised on the highest earners, a wealth tax should be reintroduced, and tax authorities should be strengthened to combat creative tax loops and tax evasion schemes used mostly by high earners. 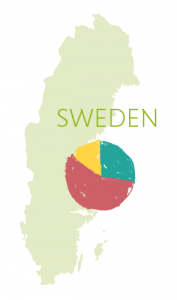 1. As part of the government, the Swedish Greens have introduced taxes on chemicals and on passenger flights. At the same time, we lowered social taxes for entrepreneurs employing their first colleague and introduced an income tax reduction on repairs of white goods.

2. The Greens have made income tax more progressive since becoming part of the government. Recently, we proposed to lower the income tax and social taxes (that employers pay) in some remote areas as a way to encourage people to live in rural areas with decreasing populations. 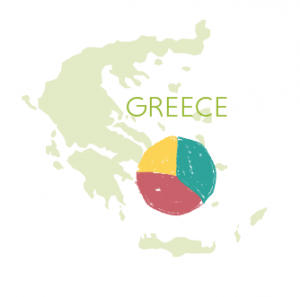 1. Greens promote environmental taxes through direct taxation on profits depending on the environmental impact of economic activities, alongside indirect taxation of consumption of goods and services causing environmental degradation, e.g. plastic bags, air flights, and gasoline. VAT calculation should be redesigned to incorporate criteria for sustainability and social justice. 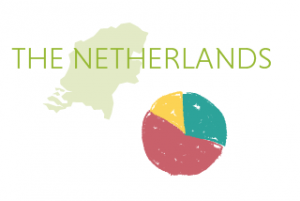 1. GroenLinks proposes several green taxes, including a higher tax on meat, CO2, and kerosene. We also want to promote a circular economy and put higher taxes on packaging. Our proposed ‘Piketty tax’ is a progressive tax on capital: wealthy people earning high interest should pay a fair amount of taxes.

2. Greens want to make the taxation of labour more progressive. For people with very low salaries there should be a negative labour tax. Moreover, we want to simplify the tax system because it has become way too complicated for Dutch citizens. 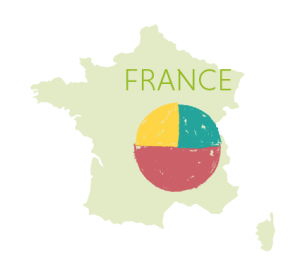 1. Since 2013, labour taxes in France have already been partially replaced by VAT increases and carbon taxes, with negative consequences for low-income households. The issue now is to extend carbon taxes to agriculture, fisheries, and road transport and to introduce ecological VAT, which means a change in European directives.

2. Greens are reflecting on indexing social contributions on a social rating included in a Social and Environmental Responsibility Report. This would mean standardising the indicators throughout Europe and controlling them. We also promote enlarging the social contribution base to include capital revenues. 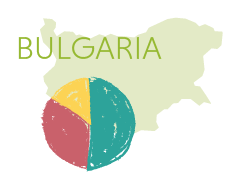 1. In Bulgaria, indirect taxes such as VAT are the main source of the national budget revenue. Still, it is necessary to further stimulate working people’s net incomes by reducing taxation, especially on lower earners. Higher taxation on pollution or fuel taxes could also contribute to the national budget.

2. Currently there is a 10 per cent flat income tax in Bulgaria. Social and health costs are very expensive. Zelenite is seeking changes to the pension system to make it more stable and give people more freedom to manage their funds. We also advocate for zero tax for people on low incomes.

1. In Groen, we propose a tax shift from low wages to capital and pollution in order to combat low-skilled unemployment, make the wealthy contribute, and discourage pollution. As regards to capital, we propose a capital gains tax, and for pollution, a CO2 tax.

2. In Belgium, employees and the self-employed are subjected to a different social security regime. Groen proposes to create a single social security system for both. We also want to radically weed out tax deductions and replace them by direct subsidies or at least tax credits.

2. Ecolo wants to tax labour and financial incomes at the same progressive rates in order to have a broader tax base and thus decrease the rates. We propose to finance social security more through the general tax system, and we want a higher progressivity of social contributions and labour taxes. 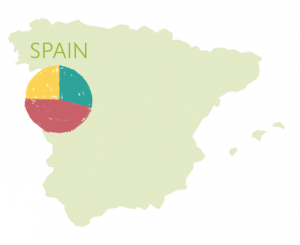 1. Equo supports new green taxes (and the reform of existing ones) favouring sustainability and penalising pollution in sectors including construction, waste management, repairs, transport, electricity production, and water. We would also repeal the ‘sun tax’, which has caused a slump in the household production of solar energy by taxing those with solar panels.

2. The current labour taxation system in Spain increases inequality and penalises the weakest links in society. The Greens want to make the system more progressive and equal across the autonomous communities of the country, and increase tax on assets so that those who have more pay more. 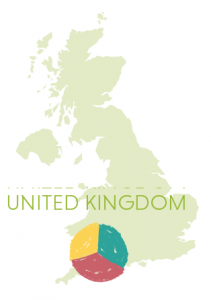 1. Greens have proposed a land value tax, a financial transactions tax, a wealth tax, and pollution and resource taxes, including a carbon tax. These taxes are mainly to enable us to increase public expenditure or reduce VAT, but we would also abolish National Insurance paid by employers.

2. Greens would make employment taxes more progressive with effectively a negative income tax for low earners (through Citizen’s Income) and higher rates for higher earners. We would absorb employees’ National Insurance (which only applies to employment income) into income tax, equalising tax on all income, including income arising from property. 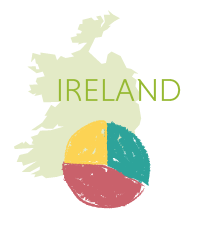 1. Irish Greens would return to a 13.5 per cent VAT rate for the hospitality sector – the 9 per cent rate was an emergency measure during the recession – and introduce an aggregates tax, a site value tax, and a sugar tax. We would also equalise the cost of diesel and petrol and remove inflationary supports for home buying.

2. Greens want basic income to be introduced starting this year with the introduction of refundable tax credits supporting lower earners, and initiating a policy shift that measures previously unpaid labour such as work in the home.

Work on the Horizon: Tracking Employment’s Transformation in Europe

Work on the Horizon: Tracking Employment’s Transformation in Europe

'Work on the Horizon' explores the centrality of work and its changing nature in the face of social and technological developments, connecting experiences from around Europe to explore what are, and what could be, Green and forward-looking policies, political ideas, and proposals.

Just Transition Is About Systemic Change For the Union Makes Us Strong: Selected Reading for Labour Day Beyond the Brink: Understanding Europe’s New War

Working on Overdrive: The Future of Platforms and Working Time Finance and Economy
By Juliet Schor

We spoke to Juliet Schor about the gig economy, accelerating digitalisation, and the need for a new economy.

Homeworking is becoming routine for more and more people. But what does this shift mean for our relationship to work, time and space?

This imagined news article describes a Europe where revenues recuperated from tax evasion and avoidance are invested back into wellbeing for the benefit of society and the environment.