The left is ideologically exhausted. But this is just as true for the right, no matter where you’re looking, whether it’s at the buzzwords of the FPÖ (Freedom Party of Austria), at UKIP, the Front National or the radical-primitive opposition of the Tea Party in the United States. Still, these new right-wingers are influencing policies seemingly everywhere and the left is just watching passively from the sidelines. A brief, selective analysis is not enough anymore.

The FPÖ is the most successful representative of the New Right (with slogans, such as “Foreign in your own country,” the party almost tripled its support from 10.6 percent to 27.1 percent in the elections in the Austrian state of Syria, end of May), that radically distinguishes itself in its rhetoric from the old, fascist right-wing parties. The old fascists created images of the enemy as secretive, superior forces (e.g. the global Jewish conspiracy and the Freemasons) against which the poor and oppressed masses had to resist.

In their battle “against the top brass”, the old right-wing parties mirrored the left of the 1920s and 1930s. They had different enemies and different solutions, but the pattern of anti-elitism was the same.

In contrast, the New Right is fundamentally against those at the bottom of the social hierarchy. The typical voter of the FPÖ is afraid of being robbed and impoverished by the have-nots, or by immigrants. FPÖ voters want to defend what they see as rightfully theirs: their jobs and their social benefits. They are ready to fight for their few privileges against the lower social class.

This is a fundamental difference and the pivotal point of the political campaigns; this rhetoric drives the success of the New Right. They address people who don’t have much, but that’s exactly the reason why they are afraid of losing part of what they have.

No need for political claims

As these voters only want to defend what they already have, the FPÖ hardly needs any real political claim. Every program for better education, investment in the technology of the future or the kind falls short of what their voters really want. What only matters are promises following these lines: We defend your job and exclude the “have-nots” from the social, health and pension system.

On a technical level this presents a challenge for political communication, as people do not like to admit that they bully the weak. So the weak have to be described as a menace and this works best when they are treated as “masses”. In their campaigns they claim for example that “the Muslims” infiltrate our society, as they have a much higher fertility rate, and thus they will take power in just one or two generations. Therefore we have to do something today, we have to fight them now – they say.

This is the plot of the New Right. The current fear of terror contributes of course to their success, but it is only a supplement. In the daily life in Fünfhaus or Favoriten (N.d.T.: districts of Vienna) there are no terror suspects, but there are mothers with headscarves and with three children. The children are perceived as rivals for scarce resources – and that’s how the slogan sounds right: “Our money for our people”.

The cultural “difference” of the migrants legitimates racism, but it’s not the reason for it. This reason is found in the struggle for resources.

To address voters from the income group one step above, the right speaks to the same fears but identifies a different enemy. This time it’s the tax-collecting state. The message, however, is just as simple: The state must not take money from you to distribute to the have-nots. To the surprise of the political observers there is no resistance from the Tea Party, the British Conservatives or even the Liberals when a government generously grants tax bonuses to millionaires…

A majority of these better-off voters is, in my experience, not neo-liberal. They don’t have any macroeconomic or ideological reasons for their choices at the ballot box, their choice is purely egoistic and pragmatic: they hope that they will do better economically. They are not interested if the super-rich will contribute to a more just social system, they only want to contribute the least possible themselves.

The argument against neoliberalism (that it destroys our society and harms the already weak) will not reach these people, as this is not their concern.

The target group of the right is slightly different when it comes to taxing than when it comes to migration, but as stated above, the pattern is the same: their rhetoric is not against those at the top, but against those at the bottom. And when it comes to the lower classes they have found somebody even lower to define as an enemy: the migrants, who are threatening their already uncomfortable existence and fight with them for the remaining social benefits. They accept that there is a scarcity of resources, the necessity to cut benefits and dismantle the welfare state is in their perspective incontestable, it’s like a law of nature.

To understand just how distorted this perspective really is one has to look from outside at our society – let’s try a view from the past.

In our thought experiment we go back to the summer of 1945. You’re a young adult. All you know about the world is the economic crisis, mass unemployment, inflation, fascism and war. From this starting point you get to look into the future, and you see 70 years of nearly untarnished economic growth. You see 70 years without war.

You see unimaginable productivity and, for your notions, unimaginably low unemployment rates, as well as very low inflation. You see a society which has continually increased its wealth since 1945 to 2015, with only small setbacks. The GDP and the net national income grew 29 times in the last thirty years. The only decrease was in 2009, but 2010 more than compensated for it. This society is so incredibly rich that, from the perspective of 1945, it looks like a utopia.

And after you’ve seen all this, you have a look at the results of a recent study, commissioned by a big insurance group, which found that more than half of the young people did not think that the social system, the healthcare system and the pension system were affordable anymore. Then you see the report of the Austrian Chamber of Commerce, which states that 80 percent of young employees are “worried” when they think of what’s going to happen to them after retirement.

How can this be? How can a majority in a society, which for decades became richer and richer think that their wealth is now decreasing?

The answer is easy, but not banal: The public discourse in Western democracies, for more than two decades, has only gone one way. All they know about is austerity. According to public opinion the state is near bankruptcy, both national debt and taxes are too high, the costs for pension and health go through the ceiling and education lacks funding. The unemployed cost too much, as well as the welfare state.

Once again: In the last 30 years the Austrian economy outgrow the year before 29 times. How often have you heard a discussion about the introduction of new social benefits? Rarely, I assume, if at all.

It is nearly a consensus that we cannot fund our welfare state in the future. This is something hardly ever questioned. But at the same time it’s more than questionable… I will just quote Wikipedia here:

“Cultural hegemony means, following Antonio Gramsci, the production of consensual ideas. In a bourgeois society power is not only executed by force, but by convincing the subjects that they are living in the best of all worlds: a stable form of capitalist rule is assured by a consensus, by a ‘hegemony’ in civil society and their machines of hegemonisation, like schools, churches, mass media and associations.”

The fear of a loss of social status (“Abstiegsangst”) is dominating Austrian politics. This is where the parties in power lose their voters. This fear is the pivotal point from which we in Austria talk about economy, about social issues, about education, about integration. This fear is also the reason for the completely disproportional discussion on security.

To understand all this, one just has to look at the discussion before the opening of the job market for citizens of eastern EU countries. In the region of Burgenland social democrats (SPÖ) competed with the FPÖ with slogans like “jobs for Austrians”. Even though Austria until recently had the lowest unemployment rate in the whole European Union and those so called “Ostarbeiter” (Eastern workers) didn’t even show up in Austria to take away the jobs of hard working Austrian workers. But this wouldn’t deter SPÖ and FPÖ from, again, exploiting the fears of society in their electoral campaign.

They created a consensus in our society that unfortunately goes like this: Upward social mobility is for the large majority unthinkable, we are at the limit and from now on the only way we can go is down. Do not ask for more, just grab what you can. And defend what you have against those even worse off than you.

We live in a cultural hegemony of “Abstiegsangst”. And we have to break it.

PS: The wealth of the Porsche family grew in the last year from 45 to 65 billion euros. These 20 billion euros could have been spent just as well on education.

This article was first published by MEP Michel Reimon on Facebook.

Slovakia After Elections: Back to Normal? Democracy
By Radovan Geist

With the new government in place, everything is seemingly returning back to normal. Or is it? Two weeks after the Slovakian general elections, which stirred great European interest, Robert Fico forms his third government and is preparing to rule for another four more years…

Analysis of the difficulties and way forward for progressive parties across Europe.

Viktor Orbán’s Fidesz were delivered to victory by an unfair system, media manipulation, and attacking their enemies. Opposition failure made it too easy for them. 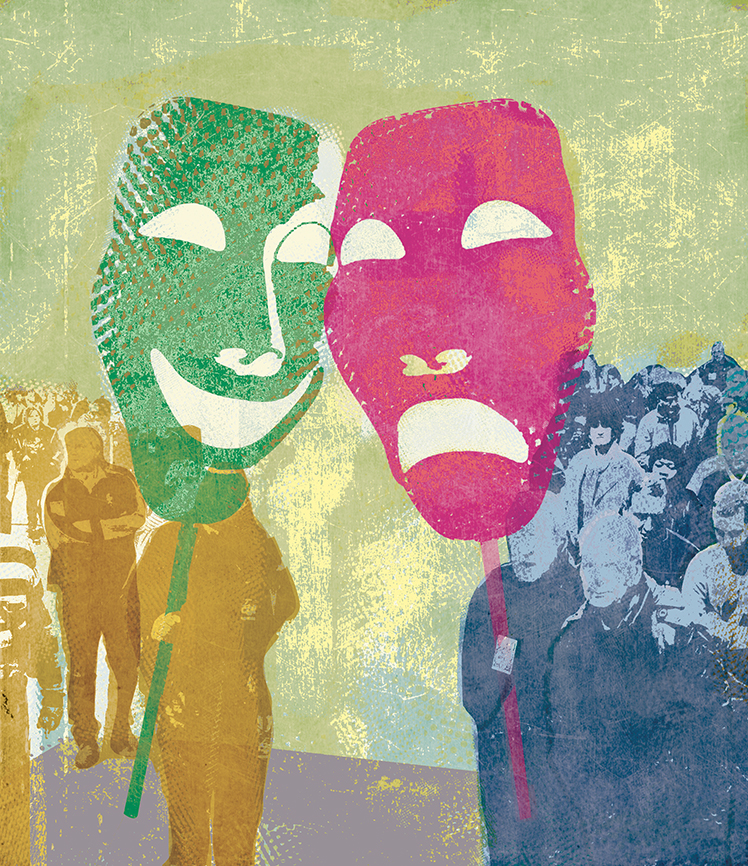