Dirk Holemans is coordinator of the Belgian Green think-tank Oikos and co-president of the Green European Foundation. His most recent book is Freedom & Security in a Complex World (2017, GEF).

Resilience Under Shock: Time for a Paradigm Shift
By Dirk Holemans

Faced with the systemic shock of the coronavirus crisis, the guiding principle for recovery should be resilience.

After 40 years of neoliberalism tearing at the social fabric, what form will the 21st-century counter-movement take?

From climate change to robotisation, the challenges of the 21st century call for a new model of democracy. Dirk Holemans explores what a new social contract might look like.

Ghent is the first city in the world to enjoy a commons expert to enshrine cooperation and communal ownership into its very structures.

The idea of a free interrail pass for every EU citizen on their 18th birthday to explore Europe’s diversity is enticing. However the EU’s emphasis on liberalisation is leading to the loss of night trains.

The ecological production project of the Green European Foundation (ECOPRO) centralises its focus on the development of sustainable green technologies in a post-growth society.

At first glance, sharing initiatives would appear to be important elements for building an economy based on solidarity and sustainability. Yet, these different models of sharing do not generate the same societal and financial return. Some of them, such as Uber, are forms of ‘sharewashing’. In fact, Uber’s business model, financed by Goldman Sachs, is at the polar opposite of sharing.

In Belgium voting is compulsory. Nevertheless, more and more people choose not to vote.

As the world rapidly continues to urbanise, cities will have to play a progressively greater role in the move towards a low carbon economy. By working towards the creation of a closed circular economy and a slow economy cities could be well placed to lead the transition.

What and how we eat has a profound impact on our culture, but changes in recent decades have profoundly changed our relationship with food, and not for the better. What are the costs of these changes, and can they be reversed? 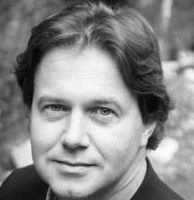