Welfare and Social Issues
By Zane Rasnača
All info
EN

The European Pillar of Social Rights has been the centrepiece of the Juncker Commission when it comes to strengthening the EU’s social and employment policies. But the ambitious reach of the initiative means that many actors must contribute to make its intentions reality. As with many grand initiatives in the past, the first year following the pillar’s adoption has been marked by a gradual diffusion of responsibility. This begs the question of whether these social rights will ever be put in place (and enforced), and if not, who will be responsible for this failure?

Over a year since the pillar was solemnly announced in Gothenburg, Sweden, at the EU Social Summit of November 2017, the time is ripe to reflect on what has been done so far. The initiative was intended to have an impact at numerous levels of policy-making and steer change in several EU policy frameworks. It is by far the single most talked-about EU social policy in recent times; and, in the words of the Commission’s President Jean-Claude Juncker, the pillar came “at a key moment to anchor a strong social dimension in the future of the European Union.”

To have any real value, the rights upheld by the pillar must be adequately established and protected. For this to happen, it is necessary to identify who is in charge of the process, and who can be held accountable for its future – especially after the term of the Juncker Commission comes to an end.

Taking a closer look at the example of social protection (principle 12 of the pillar) and the recent initiatives proposed in its name shows how the number of responsible actors gradually grows, and how hopes that the principle will eventually change the lives of EU citizens gradually diminish.

What is the European Pillar of Social Rights?

In a narrow sense, the European Pillar of Social Rights consists of two documents: a proclamation and recommendation setting out 20 principles formulated, for the most part, as rights. The recommendation aims to trigger legislative and non-legislative activity at the national level, while the proclamation expresses joint commitment by the EU institutions (and all the member states within the Council) to act at the EU level in line with the pillar’s principles. As soft law instruments, neither document is legally binding and accordingly there is no sanctions mechanism in place if they remain unimplemented. The pillar’s value is thus above all political rather than legal.

Despite lacking any legal force, the content of both recommendation and proclamation reads very much like a typical legislative text. For example, principle 12, the key principle for advancing social protection in Europe, states that “regardless of the type and duration of their employment relationship, workers, and under certain circumstances, the self-employed, have the right to adequate social protection.” This gives the impression that every EU worker and often the self-employed should be able to claim as a right sufficient social benefits, for instance in case of unemployment. Yet the illusion that the pillar gives rights directly to individuals is a false one, since the preamble clearly states that dedicated measures or legislation have to be adopted at the appropriate level for these rights and principles to be legally enforceable.

Therefore, in a broader sense, the pillar can be described as “an agenda or a process, which includes […] legislative and soft-law proposals and initiatives in addition to the 20 rights and principles.” Indeed, to ease its implementation, the pillar has been surrounded by various initiatives ranging from the legislative (for instance, this proposal on transparent and predictable working conditions), to the non-legislative (such as this proposal on access to social protection), and even proposals to change the institutional structure of the EU through the establishment of a European Labour Authority.

Who is responsible for the pillar?

Any case for legal responsibility is weak. It exists only in so far as, in line with the Court of Justice of the European Union’s standing case law, similar documents have been used for establishing the obligations of EU institutions towards third parties. This means that in some situations the pillar could be invoked before the Court against the three EU institutions that proclaimed it, but realistically such instances would be very rare.

Although most of the related initiatives have originated from the Commission, this does not mean that the Commission has shouldered the responsibility for its implementation. Instead, the Commission has stated that the tools for delivering on the pillar are in the hands of local, regional, and national authorities, while the EU can help in setting the framework, giving direction, and establishing a level playing field, namely by issuing further non-binding guidelines and communications. Rather than placing the EU institutions and member states squarely in the centre of responsibility, the Commission diffuses the responsibility further by shifting it also onto regional and local authorities. The Commission has proposed legislative measures related to very few principles; the action regarding others is non-legislative or even non-existent. It is noticeable that there are no clear selection criteria when it comes to choosing which principles or aspects to implement and which to leave aside.

Rather than placing the EU institutions and member states squarely in the centre of responsibility, the Commission diffuses the responsibility further by shifting it also onto regional and local authorities

The commitment by the European Parliament and the Council to the pillar is even less clear. While both these institutions are inevitably involved in the process as co-legislators and play a significant role in the European Semester process,[1] they have not presented plans on how (and whether) they plan to implement the pillar.

Social partners have been repeatedly mentioned as the key actors for implementing the pillar both at the national and EU levels. At the EU level, while the European Trade Union Confederation has repeatedly called for putting the social rights into legislative proposals, this has not yet resulted in any negotiations among social partners, most likely due to lack of will on the employers’ side. As yet, there is no information as to whether social partners have taken concrete steps at the level of individual member states.

Regarding the pillar’s principle 12, the Commission itself has argued that social protection coverage is “adequate” “when it allows individuals to uphold a decent standard of living, to replace their income loss in a reasonable manner and to live with dignity and prevents them from falling into poverty.” [2]

If the pillar was legally binding and individuals could rely on it before national and European courts, then this provision would instantly change the situation across Europe. Member states would be obliged to ensure that both workers and certain groups of the self-employed were covered by the net of social protection, and to ensure that social benefits were sufficiently high to allow for a decent standard of living.

However, since the pillar is not legally binding, the principle requires implementation. The steps taken so far, however, unfortunately reveal that this principle will not be established as a right across the European Union, but rather that it will be watered down. There is serious doubt as to whether the “rights” envisioned in principle 12 will ever trickle down to individuals at all.

Thirdly, a vague reflection of principle 12 could be found in some EU recommendations to governments issued in the context of the European Semester cycle. The Council recommended the Netherlands to ensure access to ‘adequate’ social protection for the self-employed, Estonia to improve the adequacy of its social safety net (for the elderly and people with disabilities), Latvia to improve the adequacy of minimum income benefits, and Hungary to improve the adequacy and coverage of social assistance and unemployment benefits. Finally, the Commission proposed that the Council adopt a recommendation on access to social protection for workers and self-employed.[3] The Council reached a political agreement on the proposal in December 2018.

all these documents are only advisory in nature; member states are free to follow them or not

All in all, these steps are very limited if one wishes to actually achieve a meaningful change for the socially unprotected across Europe. Primarily, because all these documents are only advisory in nature; member states are free to follow them or not. Also, the documents fail to set more detailed criteria that could guide policy change at the national level and facilitate compliance with principle 12. The EU recommendations were only issued for four member states, and taking into account the rather unsatisfactory overall rate of their implementation (only about a half stir some progress at national level), the chances of any significant results are very small. The Commission’s recommendation on access to social protection could have gone much further since initially it considered putting forward a legislative rather than non-legislative proposal, but unfortunately this did not happen.

The destiny of principle 12 is exemplary of the likely fate for most of the real progress the European Pillar of Social Rights promised. Instead of delivering change, we witness the production of further non-binding documents which have little force, and further dilution of responsibility for the advancement of the social rights included in the pillar.

In the 2018 State of the Union speech, Juncker declared that “it is time [to] turn[…] the good intentions that we proclaimed at the Gothenburg Social Summit into law”. Significantly though, this otherwise admirable statement again refers to everyone in general and no one in particular. Judging from the overall diffusion of responsibility, it seems reasonable to fear that, if the rights and principles the pillar endorses are never delivered to EU citizens, we may well be unable to find anyone to blame. Because when everyone is responsible, no one is.

The upcoming European Parliament elections of May 2019 will likely throw a spanner in the works because the pillar is a project of the Juncker Commission. Whether it will become a meaningful legacy or not will depend on the forces driving the future of the European Union in the upcoming parliamentary and Commission term.

If enough weight is put behind the pillar by significant actors at the national and EU level, such as trade unions and civil society, who demand responsibility and hold EU and national governmental structures accountable, then this could lead to real change. Unfortunately, the power of these actors and their interest in furthering higher social standards at the European rather than national level varies greatly from one country to another. At best, the future of the European Pillar of Social Rights remains ambivalent.

[1] The European Semester is a yearly process in which the European Union institutions review the economic performance and government accounts of EU countries and issue policy recommendations on that basis.

László Andor talks to us about social Europe, his idea of a European unemployment insurance scheme & whether the EU institutions are neoliberal.

From the European Pillar of Social Rights to the Euro-Dividend: Choosing an Ambitious Social Europe Welfare and Social Issues
By François Denuit

A renewed look at the EU's social role means it's time to consider a European-wide basic income.

We spoke to the Swedish MEP about channeling the wave of BLM protests into a politics for change. 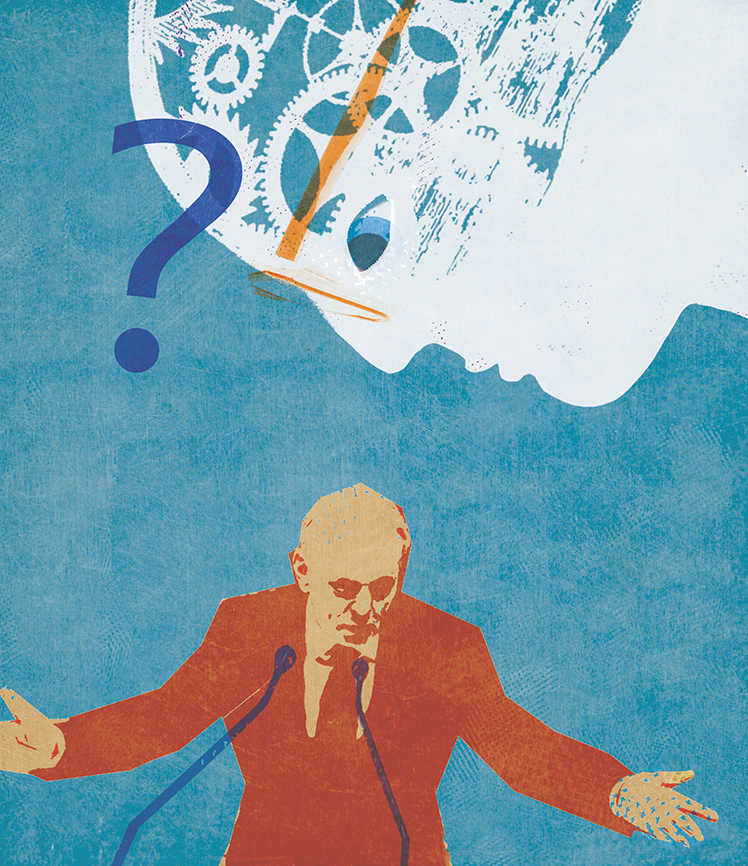