Climate and the future of work are two of the biggest challenges facing the world today and one cannot be tackled without the other. International institutions, in cooperation with governments, unions and employers, are pushing for a just transition that can shift the economy away from destructive forms of production while maintaining quality of life for all.

As we see the lives of many millions of people severely affected by extreme weather events, it is now accepted by most countries that human activity is causing the planet’s climate to change and that, therefore, it is in humanity’s interest to change its behaviour. A clear body of evidence demonstrates that human-induced climate change is well underway and that there are serious consequences of failure to limit the global temperature rise to at most 2° Celsius over pre-industrial levels. The ensuing environmental damage could prove irreversible and pose a threat to humanity itself.

If climate change is a consequence of human activity, then that activity is, for the most part, work or work-related. It is therefore no coincidence that climate change tends to be benchmarked against pre-industrial levels. And if work is the predominant cause of climate change, then inevitably it must be central to strategies to prevent, mitigate, and adapt to it.

An acknowledgement of shared responsibility was demonstrated through the Paris Agreement on climate change and the 2030 agenda for sustainable development with its associated 17 goals. In the declaration supporting the 2030 agenda, world leaders committed to “take the bold and transformative steps which are urgently needed to shift the world onto a sustainable and resilient path.”

One important ‘behaviour’ that we need to change is how we conceive development and progress. Since standard measures of national income such as the gross domestic product (GDP) only capture market-sourced goods and services, it defines work and production only in relation to the market. These national income measures are then used to gauge the economic welfare of a country. Equating market activity with economic welfare reinforces important knowledge gaps in understanding non-market contributors to well-being, such as unpaid care and domestic labour. This method of calculation also fails to account for environmental degradation and resource depletion. By not considering the environmental and social factors in an integrated manner, the impact of market activity on the environment or household labour is overlooked, resulting in policy measures that further undermine well-being. For example, natural resource depletion and associated environmental destruction are reflected in GDP figures as value added, which reinforces continued reliance on these economic activities.

Pursuing a ‘just transition’ model would allow us to beak the vicious circle we are trapped in. There is much speculation on how greening the economy may affect jobs in the years to come. The acceleration of the transition to sustainable energy sources could well trigger a substitution effect where existing jobs in high-carbon sectors are replaced by new ones in low-carbon sectors. Employment in truck-based road transport will shift to jobs in the rail sector, the manufacturing of internal combustion engines will switch to electric vehicles, and landfilling will be superseded by recycling and refurbishment. Of course, inevitably, some jobs will be eliminated.

if work is the predominant cause of climate change, then inevitably it must be central to strategies to prevent, mitigate, and adapt to it

The transition to an inclusive green economy can be a new engine for growth and create decent work across the world. The challenge is to ensure that the potential decent work dividend of the fight against climate change is realised. That will not be automatic. Transition can be abrupt and damagingly disruptive, even traumatic, when unplanned or under-planned. It has to be born in mind that new work does not necessarily emerge where or when other work is lost, especially seeing as certain sectors such as construction, agriculture, forestry, fishing, energy, and transport will be substantially transformed.

This risk has to be addressed through a socially just and inclusive transition. With this objective, the International Labour Organization (ILO, the UN specialised agency with its decent work agenda implemented through a tripartite structure that includes governments and workers and employers’ organisations) has adopted guidelines for a just transition. These guiding principles are based foremost on a commitment to social dialogue as key part of the institutional path to sustainability and underline that all policies taken toward a just transition must respect fundamental rights and rights at work. The principles pay particular attention to the strong gender aspect to many environmental problems and call for specific gender policies to be put in place. Furthermore, they recognise that decisions taken must be coherent across policy areas and support businesses, workers, and consumers to embrace the transition. These coherent policies will need to promote the creation of more decent jobs, ensure adequate and sustainable social protection for job losses, and provide necessary skills development. Importantly, the guidelines recognise that there is no one-size-fits-all path to just transition, each country will need to take a different path based on their particular context and history.

The ILO’s mandate for social justice spans the full spectrum of human experience as related to the world of work. While they do call for a comprehensive and proactive approach to shaping the world of work, the organisation’s 1919 Constitution and the 1944 Declaration of Philadelphia make no reference to environmental sustainability or climate change. Yet accelerating developments over the last two decades or more have convinced ILO constituents worldwide that its mandate for social justice can only be pursued effectively if it integrates environmental sustainability into the decent work agenda.

The transition to an inclusive green economy can be a new engine for growth and create decent work across the world.

The guidelines, together with the ILO’s Green Initiative, spell out the principles upon which just transition needs to be built and the key policy areas and institutional arrangements that need to be involved. But beyond the adaptation to new environmental and climate realities, the 21st century also holds great promises and threats to the world of work in terms of technology and new ways of working. That is why the organisation launched the Future of Work initiative in 2015.

The Green Initiative aims to better equip the actors of the world to understand the challenges and opportunities of the necessary shift to a low-carbon future, and help them to manage this change. It hopes to strengthen the ILO’s position as a unique reference on the connections between climate change, low-carbon and resource efficient strategies, on the one hand, and employment, social protection, equality and social dialogue on the other. Going beyond purely environmental concerns, the Future of Work initiative aims to understand new drivers of change such as technological change, demographic shifts, and globalisation, and put the ILO in a position to advance its mandate for social justice. This initiative started through national dialogues between governments, employers, and workers’ organisations, and in some countries includes other voices such as youth groups too. An independent Global Commission on the Future of Work was launched in August 2017, whose report will influence  the agenda for the 2019 Centenary International Labour Conference.

Creating green and decent jobs for the future

The fight against climate change is an integral part of the fight for global social justice. The poorest and most vulnerable of the world of work are the most affected by climate change. They are the most defenceless against its impact and the least responsible for its occurrence. This is one key reason among many that just transition processes must redress the high and growing levels of inequality in and between countries.

If nobody is to be left behind, the transition must be carefully and fairly managed. The Paris Agreement acknowledges the impact on the world of work of the move to a sustainable low-carbon, or carbon-free, future. A ‘green job’ is not by definition a decent job; it has to be accompanied by the correct measures and policies to be made ‘decent’. Governments have committed through the Paris Agreement to work with employers’ and trade unions to make sure sustainable development is taken forward in full regard of its social and economic, as well as its environmental, dimensions.

A ‘green job’ is not by definition a decent job; it has to be accompanied by the correct measures and policies to be made ‘decent’.

Obviously, greater climate ambition translates into more economic restructuring, more transformations of production and consumption patterns, and more pronounced and widespread impacts on employment. This requires the active engagement of employers’ and workers’ organisations because when policies are underpinned by consensus shared among all stakeholders, they are more likely to reach their objectives.

Businesses, in particular the small and medium-sized ones, need to be supported so that they can unlock the potential of green goods and services, enabling more sustainable production and consumption and generating new green jobs. Key elements for such support include a predictable, enabling regulatory environment that makes it easy for businesses to grow, coherence across public policies, increased public and private investment, and the promotion of green innovation.

But the fight against climate change needs two further ingredients: skills development and social protection. The process of greening existing jobs implies that education systems will have to adapt to new requirements of the world of work and that lifelong learning becomes a reality for all workers (including women). As a significant share of green innovation is technology driven, there will be high demand for skills in science, technology, engineering, and mathematics, and a need for knowledge in sustainable materials and environmental impact. Social protection is indispensable too as it makes it possible for people to move between activities without risking hardship or destitution.

The EU as a regional actor has been active on several fronts so far. Member States are being encouraged to green their economies and the EU long-term low-carbon roadmap to 2050 will hopefully provide predictability and support through a wide range of EU tools and policies.

Beyond Coal by 2030 Climate and Energy
By Florent Marcellesi, Joanna Flisowska

An interview on struggling for a coal phase-out by 2030, a just transition for workers, and on why gender is relevant to the COP climate talks.

From working time reduction and circular economy to basic income, the right choices could make the future of work fair and secure for all. 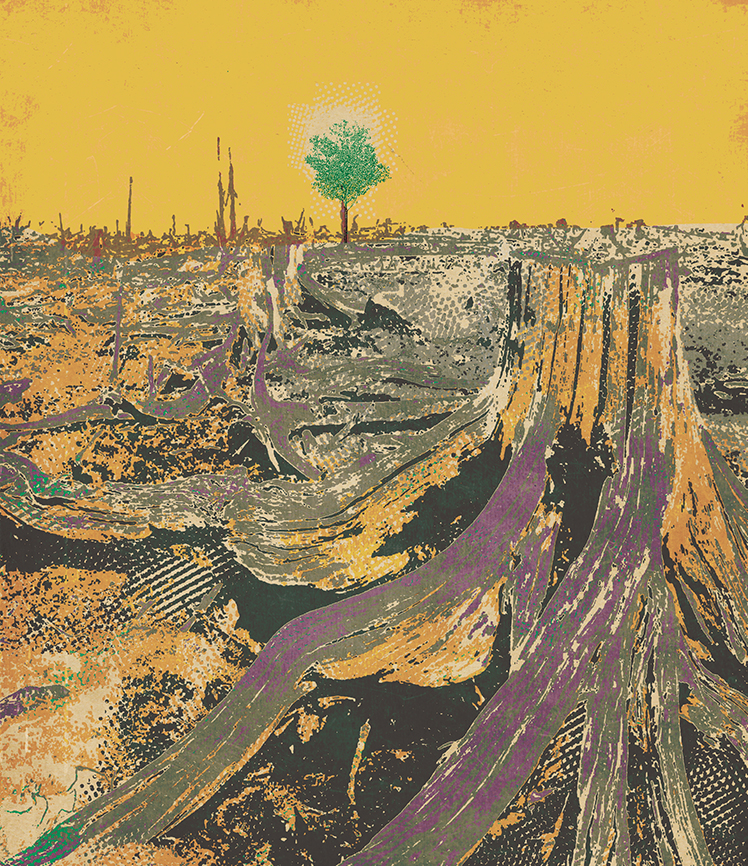