Benoît Lechat was one of the founders of the Green European Journal and was its Editor- in-Chief until January 2015, when he sadly passed away.

The European Union can find a democratic revival by supporting social innovation and by extension contribute significantly to the ecological transition. That is the primary conclusion of the framing paper that was just published by Professor Olivier De Schutter in preparation for the Francqui International Conference that will take place on May 8-9th, 2014 in Brussels.

ENFR
Read more
A Climate For Change
By Benoît Lechat

The ecological challenge should no longer be addressed solely as an environmental issue. Rather, it should be considered a social one. A riveting French report makes the relationship between the environment and 21st century lifestyles amazingly concrete.

The following text was the basis for a speech to be delivered at the Summer University of the French Green party Europe Ecologie – Les Verts in Bordeaux in August 2014.

Beginning in the fall of 2013, three manifestos published by German and French intellectuals revived the idea of establishing a “Political Community for the Euro” to give the single currency a true system of democratic governance.

One of the primary conclusions of the past five years is that the days of “easy politics” are gone, we have moved to an era of “hard politics.”

Our understanding of our great history is compiled not only through our reading but also through the recounting of family stories. The commemoration of 1914 offers us the opportunity to reflect on the war, on the possibility for forgiveness, and on our responsibilities in the present.

The lessons of the last crisis always seem to be forgotten, and the financial world continues to grow and pose a risk to economy and planet. We Greens must marshal all our energy and ideas to reign it in.

Greening industry is crucial to our ability to combat climate change and maintain a prosperous society. But to achieve this, we need a whole new relationship with the environment.

ENPL
Read more
Do We Need a Green Republicanism?
By Benoît Lechat

Are Greens republicans who ignore that they are republicans? And if so, what consequences may that have for their political doctrines?

These four debates are gateways to penetrating the transnational complexity of the European environmental debate, interconnecting national public spaces where debates on the fundamental issues for our future are still being carried out in an overly compartmentalised fashion.

Why do the Greens need to reconsider the ideal of equality in the light of the ecologic and economic crises and what are the challenges linked with such a project? GEJ editor-in-chief Benoit Lechat introduces the 4th edition of the Green European Journal “Equality and Sustainability”.

EN
Read more
“Solidarity and Strength”: for an open debate on the cause of the crisis
By Benoît Lechat

In October 2011, the Heinrich Boell foundation presented the results of a long collaborative project on the future of Europe. This project was an invitation to debate the project that we wish to see implemented for Europe in the 21st century. This reaction calls for a debate to be developed on two levels: firstly, to debate the causes and solutions to bring to the crisis and, secondly, the transitional dialogue to undertake in order to widen the social base of a renewed concept of European solidarity.

In 2012, the urgency seems to have once again reduced the political possibilities for investment into a green conversion of the economy. Therefore, if the Greens want to reinforce their social base for an “ecological re-industrialisation”, they must re-evaluate their definition of what is socially just and share this vision with as many people as possible, starting with social movements, both new and old. This could be their best way for surviving austerity.

How can a Green political party influence a long term discussion on the topic of post-growth politics? How can it centre this discussion on short term political action? Is it possible to develop the Green New Deal in order to obtain a short term exit from the crisis and an economy without growth in the long term? All of these questions were debated at the Green Summer Academy, organised by the Grüne Bildungswerkgstatt.

EN
Read more
Beyond growth/degrowth, questions for the Greens in transition
By Benoît Lechat

The re-emergence of the debate on growth must not push the Greens towards fundamentalism. The idea is not to jump into a ‘back to the roots’ movement but rather to review a series of questions that have been left unanswered, without falling into the trap of false dilemmas. In this prospect, is the question of how to reduce inequality in Europe; with or without economic growth, maybe one of the most important?

The events that shook Europe in 2011 show signs that we have arrived at the end of a chapter in the history of European integration.

EN
Read more
Debating in the maelstrom
By Benoît Lechat

Our Editor-in-Chief, Benoit Lechat, discusses the first edition of the Green European Journal. 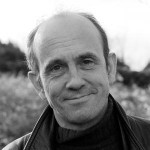