Pavel Latushka was previously Belarusian minister of culture and an ambassador to several EU countries. In support of striking theatre artists amid protests following the disputed 2020 presidential election, he left the government and became a key figure in the democracy movement, joining the presidium of opposition leader Sviatlana Tsikhanouskaya’s Coordination Council. He now lives in exile in Poland. 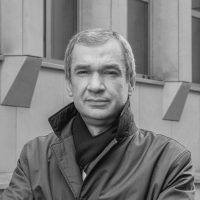