In the recent local elections of March 2018, the Dutch GroenLinks (Green-Left) won 8.7 per cent of the vote, cementing their position as the largest force on the Left of Dutch politics. In 13 municipalities, including major cities such as Amsterdam, GroenLinks is now the largest party. There are many useful lessons for Greens around Europe to draw from both the context underlying the results and from the effective campaign that GroenLinks ran.

Prior to this election, GroenLinks had never won more than 6.7 per cent of the vote so the result is certainly historic. As is the fact that the party became the leading force in many municipalities, including the capital Amsterdam as well as university cities such as Utrecht, Nijmegen, and Delft. In the local elections four years ago, the party won 5.4 per cent. What is even more exceptional, however, is that the party performed impressively outside of its traditional strongholds. For instance, GroenLinks is now the largest party in the southern city of Helmond, once an industrial centre. Now poised to enter government in at least 36 of the 100 largest municipalities, before the elections it was in government in only 16.

The local elections followed the national election of 2017, where GroenLinks won 9.2 per cent of the vote, their best ever result. Their success in March 2018 thus depended on them convincing 2017 voters to turn out for a second time. High levels of support among more educated voters were a major part of their 2017 success. This demographic has been shown through research to be more likely than others to turn out in local elections, a sign that boded well before the vote. Yet at the same time, younger voters, who also voted for the GroenLinks in disproportionate numbers in 2017, could not be depended on in the same way to show up. Targeting young voters thus became an important part of the GroenLinks’ strategy.

The fact that other parties, particularly key competitors of GroenLinks, did not put forward candidates in some places helps explain the success. The Animals Party only competed in 15 out of 333 municipalities where elections were held. The radical-left Socialist Party only competed in 110 municipalities, one third of the possible total. As supporters of these parties could not vote for their party of choice, many went for their second preference, which often turned out to be GroenLinks. 25 per cent of the voters who voted for the Animals Party in 2017 elections and who subsequently turned out for the local election voted for GroenLinks. Similarly, more than 10 per cent of the 2017 Socialist Party voters who voted again this time backed GroenLinks.

The Social Democrats (PvdA) [read more on the PvdA’s decline], traditionally the largest party on the left, were unable to regain the ground lost at the 2014 municipal election when the party suffered heavy losses. Many voters deserted the Social Democrats in 2014 after they participated in national government with the centre-right People’s Party for Freedom and Democracy (VVD) and helped implement an austerity and welfare state reform agenda. The trend continued in 2017, where many Social Democrat supporters switched to GroenLinks (and other parties) instead. What March 2017 shows is that these voters are staying loyal to GroenLinks and not returning to the Social Democrats.

GroenLinks’s message mixed left-wing and environmental policies. A third of total carbon emissions in the Netherlands are regulated, and could therefore be limited at the local level. For instance, municipalities have the power to ensure that new building projects use renewable energy sources for heating over natural gas. The party made sure to emphasise the importance of the local elections for climate policies. It also specifically sought to broaden its appeal beyond the environment by engaging with the issues that voters worry about most, such as healthcare and housing. The tone of the campaign was positive and focused on GroenLinks’s own narrative, instead of attacking others. Former Christian Democrat spin doctor Jack de Vries and former VVD speechwriter Ernst van Splunter both praised the GroenLinks campaign for its well-organised and strategic agenda-setting.

The party focused on two tools in the campaign: direct contact with voters both offline and online. In line with evidence that door-to-door campaigning affects election results, branches channeled much of their attention on door-to-door campaigning. In the campaign, some municipal branches knocked on half of the doors in their municipalities. When comparing these municipalities to those where branches did not campaign door to door, the result is 4 percentage points better. Engaging voters directly and talking with them about their interests and priorities appears to have paid off. Campaigning is about more than spreading your own message; it is also about listening to the concerns of voters. This focus on the direct engagement of voters was combined with a limited number of major events with the party leader, Jesse Klaver, that nevertheless still addressed local issues. One prominent such issue was the expansion of Lelystad regional airport, which would create noise pollution for the eastern provinces of Gelderland and Overijssel in particular. This attention helped make Groenlinks more successful than anticipated in these regions.

Direct contact with voters online was also an important element of the campaign [read more on Groenlinks’ messaging and campaigning]. The national party organisation helped branches produce short videos for sharing online. Rather than pitching policy proposals like a classic party political broadcast, these videos conveyed instead the sense of the city that Groenlinks wants to project and support: vibrant, multicultural, green, and optimistic cities.

There are three crucial lessons for (Green) campaigners elsewhere. First, if you have limited means, focus on doing a few things very well instead of trying to do everything and ending up doing them badly. For example, rather than holding a tour with lots of small-scale speeches or canvassing across many municipalities, Klaver took the stage in a limited number of larger events called ‘meet-ups’, which focused on headline issues such as the regional airport expansion or the role municipalities have in fighting climate change . Second, focus on direct contact with voters. The value of meeting voters directly and speaking to them about their points of view as much as your own policies is very important. Finally, messaging on social media should not focus on precise policies but on an emotional appeal about the kind of city or community people want to live in.

Pandemic Politics and the Lithuanian Elections Politics
By Almantas Samalavičius

Amid the ongoing pandemic and in the shadow of events in neighbouring Belarus, the elections in October may yet be another turning point in Lithuanian politics.

Breakthrough for Green-Left Coalition in Croatia Politics
By Tena Prelec

The Croatian parliamentary election of July 2020 promised to be a very tight race. What forecasts failed to predict is the green-left coalition breakthrough. 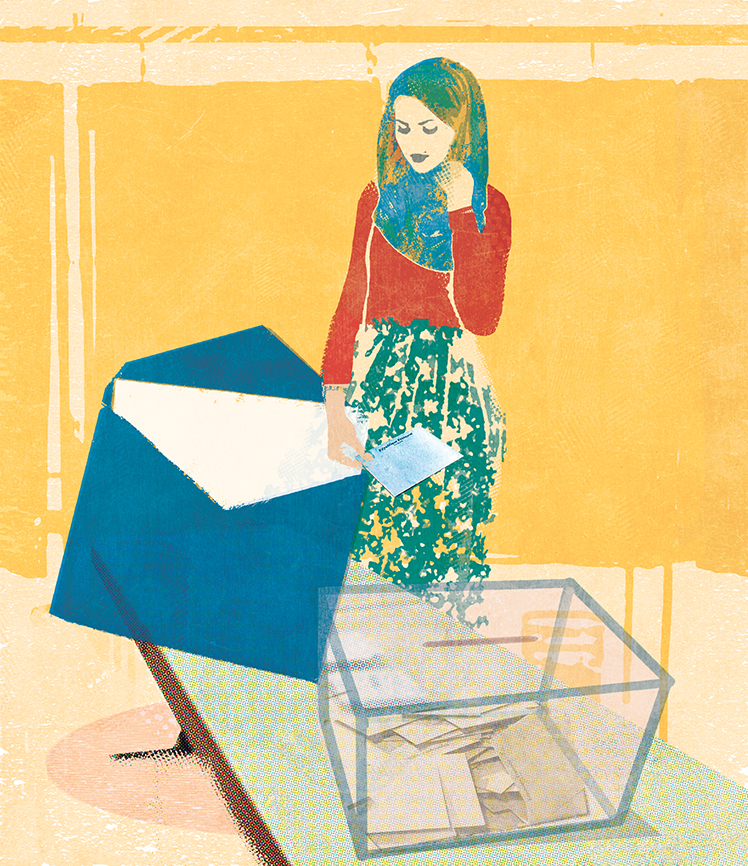