Turkey holds a critical position, both geographically and strategically, in the fight to halt the spread of IS and its entrenchment in Syria. Yet the approach adopted so far by the EU demonstrates an astonishing blindness to the scope of the problem, and its potential consequences for the region.

It was only in late summer 2016 that an offensive by the Turkish army in Syria code-named “Operation Euphrates Shield” finally closed the most important line of communication between supporters of the so-called Islamic State (IS) and the outside world. This development is essential for the security of Europe, which is primarily concerned by the jihadist recruits and the terrorist plots in the continent. However one might ask why it took over three years to close such a strategic corridor, as the “Islamic State in Iraq and the Levant”, sometimes referred to as Daesh from its initials in Arabic, was declared in the Syrian town of Raqqa in April 2013.

This delay of over three years points to a real failing in European policy towards Turkey. This article will specifically examine this policy, leaving aside the question of freedoms in Turkey and the huge number of refugees, to which the EU approach to Ankara is all too often reduced. Yet Turkish-European relations contain a key security issue in, in terms of the terrorist threat. Furthermore, this issue cannot be understood without taking into account the complexity of the grey areas of Turkish policy in Syria.

All too often one forgets that the Turkish president has long been one of the strongest supporters of Bashar Al-Assad on the world stage: in 2007 a free-trade agreement brought shared prosperity to Aleppo in Syria and Gaziantep in Turkey; secret talks between Israel and Syria were started in 2008 under the aegis of Turkey, which interrupted them to protest against the Israeli offensive in the Gaza strip, known as Operation “Cast Lead”. From the start of popular protests against the Assad regime, in spring 2011, President Erdoğan advocated restraint with Damascus.

Assad made a commitment to his Turkish counterpart to respect a ceasefire during the holy month of Ramadan, in August 2011. However, far from keeping his word, the Syrian dictator launched a massive campaign of military reconquest of rebel towns, notably Hama. Erdoğan felt all the more betrayed because the Assad regime encouraged the Syrian wing of the PKK, the Kurdistan Workers’ Party. The military leadership of this group, based in the north of Iraq, had difficulty accepting the peace process started between Ankara and its historical leader, Abdullah Öcalan, who has been in prison in Turkey since 1999.

This hardening of the Turkish attitude to Assad was to make Turkey a real support base for the Syrian opposition, while another of Syria’s neighbours, Jordan, bans all political activity among Syrian refugees on its soil. Soldiers deserting Assad’s army were to swell the ranks of a “Free Syrian Army” (ASL), in a force installed in the Turkish province of Antakya (previously known as Antioch, the “Sanjak of Alexandretta” that was ceded to Turkey in 1939 by France, the power controlling Lebanon at the time). A National Syrian Council (CNS) was established in Istanbul to bring together a broad range of opponents of Assad.

By autumn 2011 Turkey had come to believe, rightly or wrongly, that Europe and NATO had essentially turned their backs on the Syrian drama. In June 2012 a Turkish fighter was shot down by a Syrian missile system on the border between the two countries and there was no significant reaction from NATO. Similarly, Europe did not follow up on repeated calls from Ankara for a “security zone” to be established in the north of Syria, if only to stem the flow of Syrian refugees into its territory. Thus, left to face such threats on its own, Turkey would, in turn, allow its “deep state” (an alleged group of influential anti-democratic coalitions within the Turkish political system) a free hand on the Syrian border.

The obsession with the PKK

After repeated scandals in the 1990s, “deep state” was the term used by the Turkish press to describe the hidden collaboration between certain intelligence services, criminal networks, and extremist militants, which all united to fight the separatist PKK guerrillas. This “deep state” was reactivated in 2012/13 to face the challenge of PKK-controlled zones emerging in Syrian territory along the Turkish border. Indeed, the Assad regime decided to make concessions and allow the Syrian branch of the PKK to deploy in the north-east (around Hasakah and Qamishli) and in the “Kurd Mountains” (around Afrin, north-east of Aleppo). It should be noted that Assad’s army and political police maintained a discreet presence in the zones liberated by the PKK, where Öcalan’s portrait replaced that of Assad in public spaces.

It turned out that at precisely the same time that Turkey was promoting the ASL and the “moderate” Syrians, it let its “deep state” collaborate with the jihadists of the Al-Nusra Front, the Syrian branch of Al Qaeda. However, the official Turkish state and its “deep state” were concerned by the development of IS, which broke away from the Al-Nusra Front in spring 2013. One cannot overemphasise Ankara’s contribution to prevention by deporting people interested in joining the IS to their countries of origin; even if these countries often released them, due to a lack of awareness of the scope of the IS threat, even in Europe.

The battle of Kobane, a PKK stronghold occupied by IS, which was the scene of fierce fighting from September 2014 to January 2015, marked a turning point. Ankara wanted at all costs to avoid freedom of movement, and particularly to avoid PKK combatants settling on their territory, so they closed the border with Syria, provoking international disapproval. Turkey then encouraged the transfer of combatants from Iraqi Kurdistan and Syrian ASL militia members to Kobane, so the PKK would not have a monopoly on the “liberation” of the town. The military wing of the PKK and its head, Cemal Bayik, manipulated the suffering of Kobane in a very cynical way, to pave the way for the re-escalation of hostilities in Turkey itself, despite Öcalan’s persistent efforts to promote a ceasefire.

The “Islamic State” game in Turkey

The organisation headed by Abu Bakr al-Baghdadi, which declared itself to be a “caliphate” in July 2014 in Mosul, spared Turkey for a long time, as the country was vital for global recruitment of jihadist “volunteers” and as a transit route for units dispatched to Europe and elsewhere. IS also always refrained from claiming terrorist massacres carried out in Turkish territory, starting with the killings in Suruç in July 2015 (30 dead). This massacre in Kobane’s twin town, just across the Turkish border, triggered a reopening of hostilities between the PKK and Turkish security forces. Taking advantage of the shady games played by the “deep state” in Turkey and Bayik’s wrecking tactics with the PKK, IS managed to play off against each other the two forces that threatened it in the north of Syria.

For nearly a year, from summer 2015 to summer 2016, Turkey and the PKK were too absorbed by the conflict between them to inflict serious defeats on IS. American special forces were providing increasingly open support to the Syrian branch of the PKK, in the name of the fight against IS, provoking the ire of Ankara, which criticises PKK and IS “terrorism” with equal vehemence. There were highly tense talks between the American and Turkish armies, in the course of which Ankara flatly refused to allow PKK units to become established on the west bank of the Euphrates. If they crossed the river, this would consolidate a pro-PKK zone on Turkey’s southern border, and Bayik had made no secret of his desire to establish territorial continuity from Afrin to Qamichli.

The combination of two particularly deadly IS terror attacks (one on an airport in Istanbul in July 2016 and the other in Gaziantep the next month) and the PKK crossing the Euphrates (expelling IS outside the town of Manbij) provoked direct Turkish intervention in Syria. The revolutionary militia that it supports took control of the strategic town of Jarablus, but it quickly came up against PKK forces, who refused to evacuate Manbij and the surrounding region. The horrors of the crisis in Aleppo may have overshadowed this second front, but it is vital that Europe weigh up what Turkey is up to in Syria as soon as possible.

Renewed dialogue between the EU and Turkey about Syria must focus on shared concerns about the jihadist threat, and there must be a great deal more good will than has hitherto been in evidence. These important steps must now be taken in the following order:

The lines of collaboration above are just a rough draft of what is required. They do not go into detail on the resources and the care that Europe should dedicate to its relationship with Turkey on the question of Syria, going far beyond the question of refugees on the one hand, and highly legitimate concerns about the erosion of civil liberties in Turkey on the other.

Analysis of the run-up to the June 24 elections in Turkey in a media landscape plagued by repression of dissent, fake news, and suspicion from all sides.

The numbers of deaths in Syria and Iraq are deeply disturbing. But the numbers create the false impression that civilians are merely victims of violent conflict, passively waiting to be overwhelmed by violence or exhaustion. 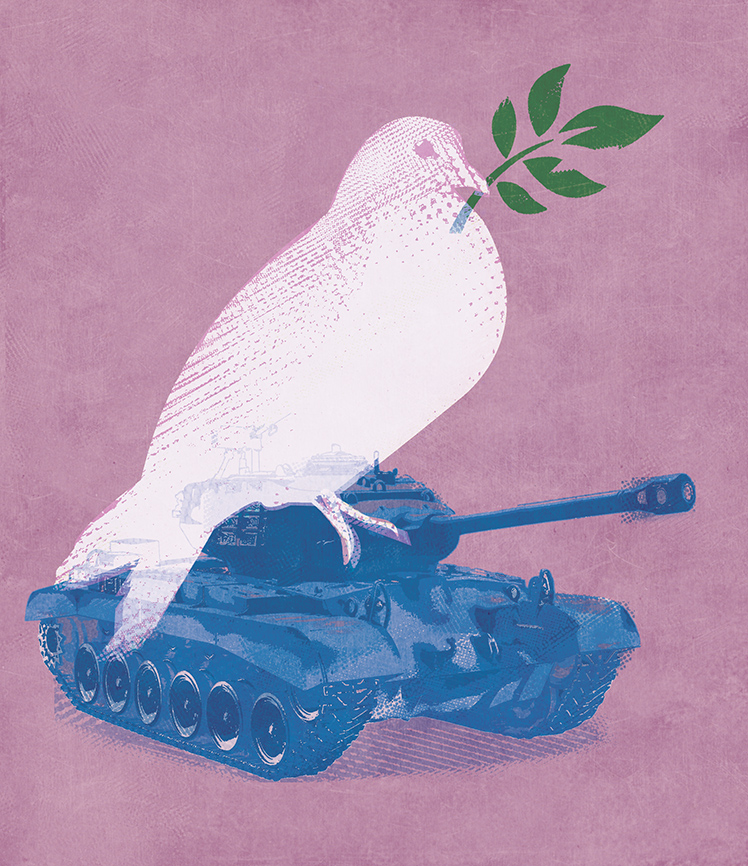