Rui Tavares is a Portuguese writer, historian, and member of the parliament for the left-green-libertarian party LIVRE. He is the author of the documentary film Ulysses: Breaking the Spell of the Crisis to Save Europe. He was formerly an MEP for Greens/EFA.

Object of Political Desire I: My Hypocrite Reader
By Rui Tavares

Politics should be less about the form and more about our desire for change.

EN
Read more
The Crossroads Before Us: Neoimperialism or European Unity
By Rui Tavares

Will neoimperialism dominate the 21st century or will a free, democratic and united Europe emerge?

The story of how people won back individual democratic rights from illiberal governments and designed institutions that would protect them for good.

ENPTSR
Read more
A New, Equal EU: The Future of Europe Seen From the ‘Peripheries’
By Erzsébet Schmuck, Rui Tavares

What does the future of the EU look like from Southern and Eastern Europe?

EN
Read more
The Categorical Mistake of “Looking for an Answer to National Populism”
By Marta Loja Neves, Rui Tavares

In the face of rising national populism, rather than seeking to combat these forces on their own terms, Green and progressive politicians can instead turn to a far more effective rhetorical tool.

Can Austria and Portugal provide clues as to which conditions are needed for progressive forces to flourish?

EN
Read more
The Rule of Law Challenge in Europe: From Hungary to Poland
By Kim Lane Scheppele, Rui Tavares

In 2013, Rui Tavares, then Portuguese Member of the European Parliament among the Greens-EFA group, put forward a report that investigated the threats to fundamental rights that Orban’s government had given rise to in Hungary since 2010, and proposed mechanisms for a common European response to such actions, both in Hungary and potential future similar cases.

EN
Read more
Is Portugal Trendy? Some Thoughts on a New Eurozone Government
By Rui Tavares

So, what are the implications for the EU of a new socialist-led, but communist-green and leftist-supported, and ostensibly anti-austerity government in Portugal? I keep hearing this question; less frequently, the interrogation is sometimes accompanied by ‘is Portugal a new Greece’? Will there be a new conflict within the European Council, a new battle with the ECB, a new Varoufakis, and renewed talk of a Eurozone exit? 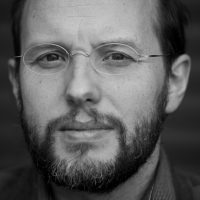