The Covid-19 pandemic has profoundly affected all aspects of life, and politics are no exception. Curtailment of basic liberties, states of emergency, and clear authoritarian power grabs in some countries – the experience poses serious questions on the robustness of democracies in a crisis. Social distancing has also emptied the shared spaces that bring people together and give life to communities. However, the health crisis remains a genuine emergency and, at some point, it will pass. What will the pandemic mean for the future of democracy? It is too early to tell. Avoiding alarmism and complacency, these infographics show us how democracies have coped under crisis. While there are grounds to be concerned for democracy’s future, there are also reasons to celebrate its resilience.

The Freedom House index looks at civil liberties and political rights around the world to take the temperature of democracy globally. Since 2006, the global picture has deteriorated without fail. 2020 was the worst year yet.

The protests must go on

Despite the health situation and legal restrictions, the right to protest was exercised throughout 2020 and 2021. While some demonstrations focused on lockdowns, the largest called for racial equality, reproductive rights, and honest government. 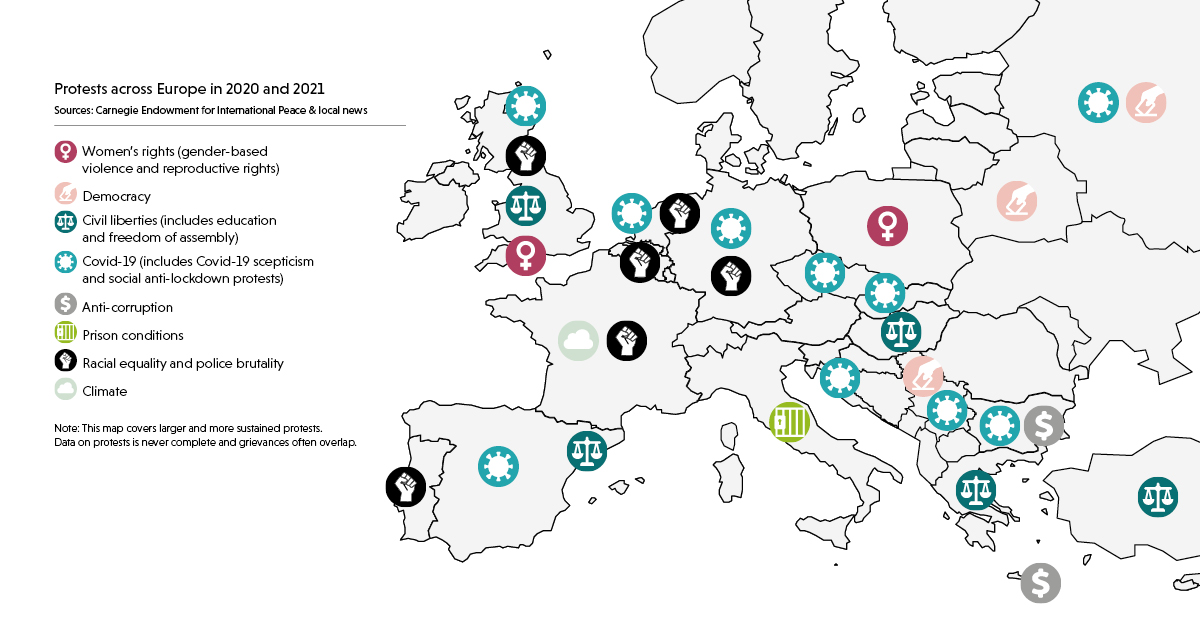 A shock to public confidence?

The pandemic was a shock that few expected. While the hard stop that the world lived through may have been expected to undermine people’s faith in their institutions, in 2020, particularly after the first wave, the picture spoke more to togetherness in a moment of crisis. 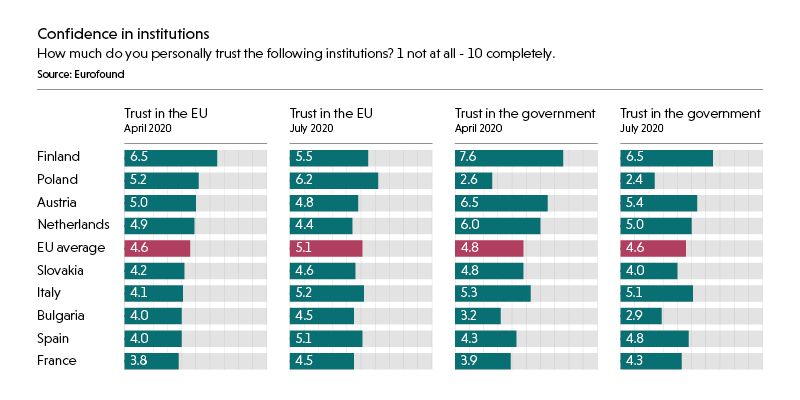 This article is from the paper edition
Democracy Ever After? Perspectives on Power and Representation
Order your copy

Almost every major election held in Europe since the pandemic began has seen a drop in voter turnout, for understandable reasons. In French municipal elections, the difference was stark. In the Netherlands, a special three-day-long election helped keep the numbers exceptionally high. 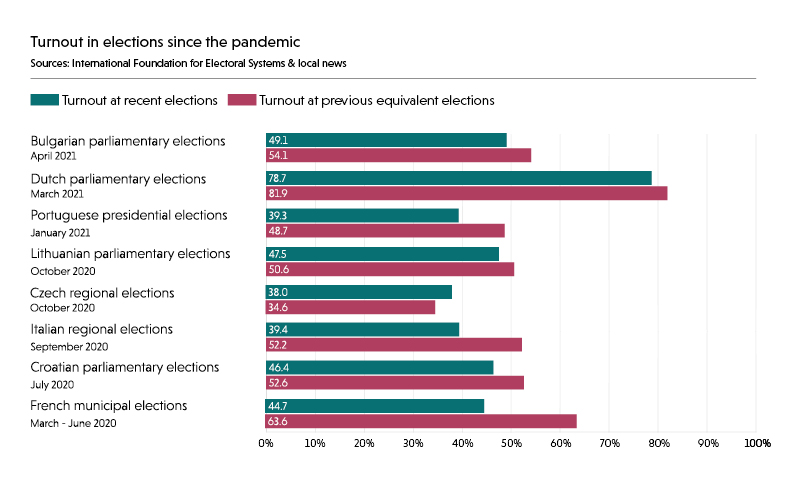 States of emergency are meant to be the last resort in moments of crisis. As executive action brings risks and temptations, they should be temporary and subject to checks and balances. Even in a pandemic, open channels for deliberation, debate, and disagreement are crucial to democracy. 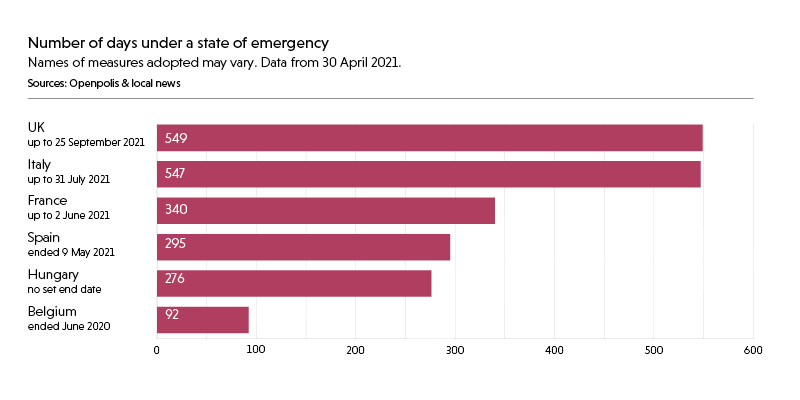 Many are predicting that deforestation and industrial animal farming will make pandemics more likely throughout the 21st century. But resilience does not only demand that we reform our food systems and supply chains; it means pandemic-proofing our parliamentary systems too. 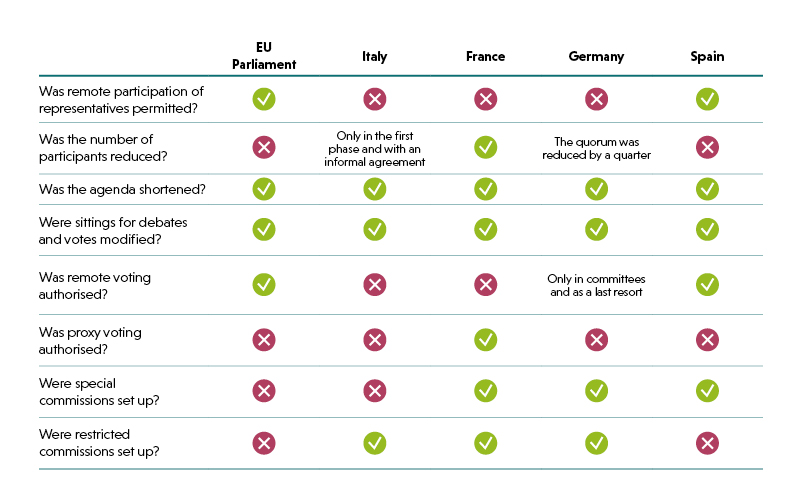 Democracy Ever After? Perspectives on Power and Representation

Democracy Ever After? Perspectives on Power and Representation

Between the progressive movements fighting for rights and freedoms and the exclusionary politics of the far right, this edition examines the struggle over democracy and representation in Europe today.

Order your copy
Democracy in the Pandemic: The State of Play
Emanuela Barbiroglio, European Data Journalism Network
David Graeber: The Power of the Imagination
Aaron Vansintjan
There Is Life in the Party Yet
Jan-Werner Müller

Female activists have been at the forefront of protests in Belarus, in marked contrast to the patriarchal culture that has long been entrenched in Belarusian political life.

Riding on a wave of nostalgia and amnesia, Britain set on a course to leave the EU. Disparities of the pandemic and the anti-racist movement brought home how the imperial past haunts today.