You are here: Home › Editions › Democracy Ever After? Perspectives on Power and Representation

Democracy is politics in motion. Rather than residing in immovable structures and institutions, it takes its form in everyday acts and processes at every level of society. Majorities wax and wane, alliances shift, divisions open and close, and sometimes earthquakes send shockwaves through the whole system. Democracy remains fundamentally a battleground, not only for competing visions for society, but also over the very meaning of democracy itself. Between progressive movements fighting to extend rights and freedoms and the exclusionary politics of the far right, this edition examines the struggle over democracy and representation in Europe today. With its future direction uncertain, the way for Greens and progressives to defend democracy is by steering it towards ever greater fairness, inclusion, and participation.

Articles in this edition

Turning the Tide
By Jamie Kendrick

As the movement that politicised the relationship between society and nature in the West, green politics is at the forefront of not just democracy’s defence, but its reinvention.

An interview on the critical infrastructure on which our democracies are built and its transformation.

Silja Kudel asks how far women’s participation in politics has taken Finland on the road to an equal society.

ENFRIT
Read more
A State of Disrepair: Democracy in the United Kingdom
By Natalie Bennett

The government has exploited cultural issues to the detriment of democratic rights and norms, putting already vulnerable groups further at risk.

ENFRIT
Read more
Backs Against the Wall: Bringing the Fight Back
By Beatrice White, Ece Temelkuran

Ece Temelkuran warns of the signs of creeping authoritarianism.

Avoiding alarmism and complacency, these infographics show us how democracies have coped under crisis.

ENMK
Read more
No Time for Castles: From Closed to Open Democracy
By Hélène Landemore

For proponents of deliberative democracy, today’s representative regimes offer nothing more than illusion.

Citizens’ assemblies will not be a silver bullet for the climate crisis.

A photo essay by Sofia Cherici and Federico Ambrosini tells the story of how, for one Italian town, democracy is an ongoing struggle for justice and self-determination.

The European Parliament bears the responsibility for nurturing the development of a truly trans-European citizenry.

Hannah Arendt's work can shed light on the reinvigoration of democracy at a time of corroded trust in political institutions, an emboldened far right, and ecological breakdown.

In studying real-world alternatives to state control and organisation via the market, Elinor Ostrom urges us to expand the notion of what democracy means.

ELENFRITMKSRTR
Read more
David Graeber: The Power of the Imagination
By Aaron Vansintjan

David Graeber's insights on the imagination and the practice of democracy have inspired many not just to see the world differently, but to seek to change it.

AMENFRITMEPLRU
Read more
Down but Not Out: Central Europe’s Independent Media
By Krisztian Simon

Despite the shrinking space and pressure from governments, some outlets in these countries have proved resilient.

It is time to let go of the assumption that democracy always leads to progressive outcomes.

ENFRITMKTR
Read more
After Modernity: Citizenship Beyond the Nation State?
By Aleksandra Savanović

If democracy stays cast in its national mould, the path ahead may be one of exclusion and disenfranchisement.

Rather than judging referendums as positive or negative, we should examine their distinctive political features and contexts.

The Hungarian government's use of referendums shows how direct democracy can be used to lend a veneer of legitimacy to a party's own policy agenda.

Designed to safeguard against a return of authoritarianism, the Italian constitutional framework leaves little space for direct democracy - yet referendums are not uncommon in the country.

Referendums in Romania have been instrumentalised by various political actors as strategies to increase legitimacy and popularity.

Switzerland is often hailed as a model of direct democracy. But these processes may prove difficult to replicate elsewhere for many reasons.

The national debates that accompany referendums in Malta are strongly shaped by the country's enduring bipartisan political landscape.

The UK's mixed experience with referendums reflects the variety of situations in which they are applied - with far-reaching consequences. 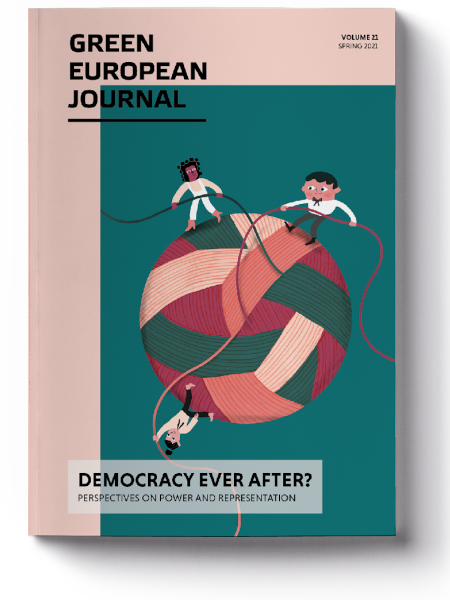