Future of EU
By Cristina Monge
All info
EN ES

The European elections of May 2019 saw increased voter turnout and engagement but, as the rise of populism and protest movements across Europe show, fundamental weaknesses in European democracy have gone nowhere. Europe’s ongoing crisis of political legitimacy renders it ineffective. Political scientist Cristina Monge argues that the public needs a real stake in shaping its politics if the European project is to succeed. With climate crisis one of many profound changes on the horizon, renouncing narrow liberal democracy in favour of new ways of decision-making via deliberative democracy may be in order.

The economic crisis that began in 2008 put Europe on the ropes and left it faced with two choices. Pursue policies for social cohesion, solidarity, and democracy, the kinds of policies that helped Europe overcome the traumas of the Second World War to become an area of peace, stability, and security. Or, alternatively, find a solution to protect the interests of big finance, even if this meant forgetting its founding values. Europe chose the second option, forgoing not only its own principles but the underpinnings of attachment and social trust that any democracy requires. In response, the Indignados in Spain, the Nuit debout in France, the Brancosos in Portugal, and other similar movements berated a system that no longer represented them, and garnered widespread sympathy. In Spain, they enjoyed 80 per cent support.

The mobilisations ended, but society’s faith in the system cannot be said to have been restored. Each of these protests took place on the national stage, but they undeniably shared a European backdrop. In case anyone was still in doubt, the harsh punishment of Greece made it clear who was in charge and who the European institutions favoured. In the run-up to the European elections, prominent EU politicians expressed regret for the treatment of Greece (such as former Eurogroup chief Jeroen Dijsselbloem in late 2018), but repairing damage to trust and democratic legitimacy is difficult. Austerity and how it was handled are not just European Union problems; they are as much problems of its member states. The difference for Europe is that these problems are compounded by the dilemmas that historically have troubled European Union politics: democratic legitimacy, institutional design, and intergovernmental versus transnational decision-making.

Europe should now become a laboratory for constant democratic innovation to allow the public to take ownership of its politics.

A crisis of effectiveness faces both European and national institutions, undermining trust and political legitimacy. The technological revolution, demographic change, and climate crisis coincide with a moment when much of the population feels exposed, vulnerable, and afraid. But the transition cannot be postponed, and the longer it is delayed the more difficult it becomes. Nor can the scale of change required be hidden from the public or achieved without ensuring social justice too, as the gilets jaunes movement proves. The fundamental question remains: how can the European Union manage ambitious and complex multiple transitions without public rejection or cracks appearing in its institutions?

The debate on the EU’s democratic deficits dates back to its founding and has never been resolved. Since the crisis of 2008 it has in fact deepened, a tendency that has been observed by the public at large. Two main problems dog the European Union today and risk preventing its effective operation.

First, Europe lacks the sense of belonging needed to build a ‘demos’. Though there are notable differences between EU countries, in many of them people do not perceive Europe as something close to them that is able to resolve problems. Many references to Europe in the media relate more to restrictions and difficulties than to positive news, which only exacerbates this perceived distance. If that was not enough, many people are baffled by the EU and do not understand its aims or needs.

Second, the European Union does not have a shared story based on common values. While you may point to the treaties, the values on which they were based were called into question and violated when the economic crisis was managed in a way that forgot solidarity and social cohesion as fundamental principles and that instead increased inequality. Since Europe abandoned its values during the most difficult moments of crisis, it is now even more difficult to build a common story, as the disputes over migration and asylum demonstrate.

How can the European Union build the legitimacy and attachment required to handle the challenges that face us?

The public needs to take ownership of Europe. According to the French historian Pierre Rosanvallon, this task is twofold: transforming the institutions so they listen to the public’s concerns, feelings, and proposals, and strengthening civil society so it can take part in the process. Democratic participation and the co-creation of public policy should be a priority for everyone who wants to defend democracy. As is the case in many member states, the existing mechanisms are not effective and fail in their intended role as channels for society to express its views and participate. Of the 84 European Citizens’ Initiatives proposed since 2011, only 4 have borne fruit. In 1985 Jacques Delors described Europe as an “unidentified political object”; it should now become a laboratory for constant democratic innovation to allow the public to take ownership of its politics.

settling for a low-intensity, liberal form of representative democracy is tantamount to renouncing European values

A common story based on European values is equally essential. Populist nationalists often attack the European Union by attacking its values. They do not question the European institutions, but they object to the spirit of cooperation and the values on which the project is based. Basic concepts such as solidarity are questioned by rejecting migration policies, values such as pluralism are weakened through non-inclusive discourse, and battles in which so much ground had been won, such as on gender equality, are once more up for debate. To counter this, all of European society should be involved in building a new, common story that stresses its values. Fresh approaches to dialogue, such as Emmanuel Macron’s ‘Great Debate’ town hall meetings, could be interesting ways to build this story through deliberative methods, if organised correctly and based on continuing discussions between different political, economic and social actors. The media has a part to play too, airing critical views and providing space for information and discussion being crucial for any healthy democracy.

Ultimately, when Europe is facing challenges on the scale of climate crisis, technological shifts, and demographic change, settling for a low-intensity, liberal form of representative democracy is tantamount to renouncing European values and the idea of an advanced democracy, and means giving up ground for the far right to win supporters. Taking bold action to reinvigorate democratic practice in Europe, on the other hand, could be an opportunity to resolve problems longstanding from the history of European construction. With so much at stake, only through deepening our democratic system through deliberative methods and including all public, private and social actors can these challenges be met.

The Roof Is on Fire: How Europe Can Save the Planet Environment
By Michael Schäfer

WWF Germany's Michael Schäfer explains what is at stake in the European elections from an environmental and biodiversity perspective.

The Green-Left Future of Europe: A View from the Periphery Future of EU
By Danijela Dolenec

Three proposals to revitalise stagnated democracy in Europe by giving voters clear choices on who is in power and what is at stake. 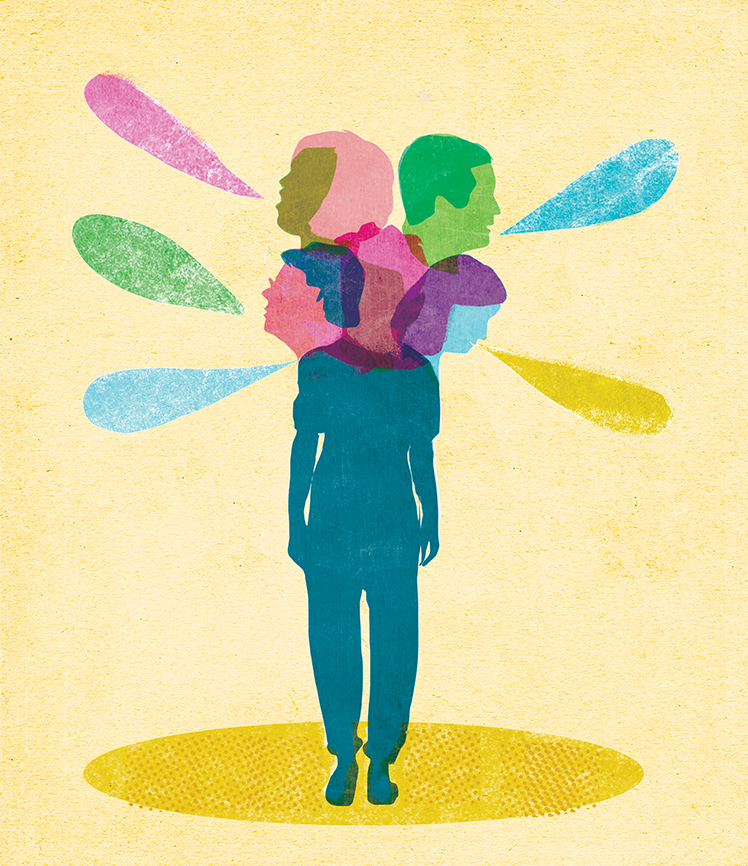