Book review: Tim Jackson has comprehensively revised and re-written his 2009 book‚ Prosperity Without Growth. The result is an ambitious attempt to re-think economics. In this almost entirely new book, Tim Jackson directly confronts the current scientific and political challenges and attempts to tackle both the ecological and the social question simultaneously.

An economy not based on exploitation

This involves recognising that the economic model that has brought us prosperity over the last 200 years has to be fundamentally changed. A socio-ecological transformation is needed if everyone is to be able to lead a fulfilled life: the compact city is a model for living for seven billion people; a Mercedes for everyone is not. The book’s socio-ecological approach is more thoroughly worked out than it was in 2009. So the treatment of inequality and poverty is now central, though Jackson understands the latter not primarily as material deprivation but rather – following Adam Smith – as the inability “to appear in public without shame”. Poverty signifies a relationship disorder; prosperity and wellbeing are founded on successful relationships, which lead to a fulfilled life. This understanding of the good life, which can be traced back to Aristotle, shapes and suffuses western thinking. Nevertheless, the possibility of living the good life is something that still remains restricted to a small number of people – in global terms, a minority. In this sense, Prosperity without Growth is a contribution to an economic science which seeks to find forms of economic activity and of living which are not based on the exploitation of others.

Tim Jackson is aware that what is required here is a transformation, a fundamental change in social structures. It is one of the book’s great strengths that it grapples with central mechanisms which determine our current forms of economic activity. I would like to address here three of these mechanisms, all of which are important elements of a new economics in the service of a good life for all.

Firstly, the book revolves around the pressure for growth and the destructive dynamics associated with it. This is described with the aid of numerous examples which help to illustrate the need for a renunciation of the blinkered logic of endless expansion and acceleration. Jackson describes here more clearly than in the first version the dilemma of growth, namely that growth is not sustainable while ‘degrowth’ is unstable. The good life requires a certain level of material prosperity as a bedrock. In many parts of the global South, therefore, there is a need for a continuing pursuit of material improvements. But in many European countries, too, economic contraction – as the example of Greece shows – is destructive so long as the internal workings of the system remain unaltered. What is needed is a shift away from a material understanding of progress which is aligned only with money or exchange value. But this comes up against the structural imperative of competition, which drives all those involved into a constant battle for improvements and additional profits – not because individuals are incapable of self-moderation, but because standing still can lead to ruin. For the pressure for growth – and Jackson does not make this point explicitly – is also a pressure for competition. Overcoming the pressure for growth also means, therefore, finding a new balance between competition and cooperation.

Secondly, Jackson addresses consumerism as the key driver of a wasteful and unsustainable economy. He describes the material and psychological consequences of an overly narrow view of how needs can be satisfied. The social phenomenon that is consumerism promotes the illusion that needs can be satisfied primarily through the acquisition of goods. Karl Marx called this commodity fetishism: buying makes you happy, smoking makes you free, and driving a car is how you experience nature. Jackson contrasts this with the significance of services, and especially of infrastructure. Infrastructure is the backbone of the economy: it frames people’s options for housing, mobility, food, and leisure: if there is no public transport, then there is no alternative to using a car.

Focussing the economic analysis on the quality of infrastructure provides concrete links to economic policy. Jackson’s approach could be strengthened here by the adoption of the older concepts of exchange and use value from political economy. These concepts make it possible to distinguish between the quantity and quality of economic activity, and to give due weight to both monetary costs and the actual utilisation of nature through the application of labour. Specific forms of infrastructure can then be seen not as the product of the interaction of supply and demand but as a key battleground of democratic and cultural contestation regarding the type of society we want to live in. This would mean, with respect to the need for a just and resilient socio-ecological transformation, focusing especially on the dismantling of the fossil fuel infrastructure – above all that enabling plane and car travel – and on building up a socio-ecological infrastructure based on public transport, public spaces, energy supply from renewable fuels, and educational, health, and social care facilities. Recognising this enables actors in government and administration, but also in civil society, to take small steps towards reform without abandoning the aspiration for radical change of the system as a whole.

Thirdly, Jackson tries in his analysis to integrate the roles played by politics and power. An entire chapter – ‘the progressive state’ – is devoted to political action. Jackson searches for a way to make economic policy effective so that states are not simply at the mercy of corporate interests. He is thereby reacting to the experience of the financial crisis and the way influential groupings – most notably, financial capital and the car industry – succeeded in mobilising the state and public resources for their own interests and against the interests of the community. Bailouts for the banks accompanied tax havens for large corporations. However right his intentions, Jackson’s conceptualisation and analysis remain vague, however. The reason for this lies in a misunderstanding of the nature of capitalist market economies, where the market and the state must be understood not as opposites but deeply intertwined. The fact that the maintenance of stability in a market economy requires a strong state was something understood not only by Karl Polanyi but also by Friedrich Hayek, the intellectual pioneer of neoliberalism. But whereas Polanyi feared that capitalism and the excessive concentration of economic power would undermine democracy, Hayek saw unlimited democracy as the greatest threat to freedom and the market economy.

The state is mutable

The state, and how it operates and is structured today, is a historical formation, and as such it is subject to change. A science of economics that seeks to contribute to a civilisation in which a few do not live well at the expense of others, but rather in a commonwealth that offers genuine opportunities for self-realisation to all, must also concern itself with the transformation of the state and of political action. State institutions are needed which no longer function as recruiting agencies for business interests through the ‘revolving door’ system – one day the central bank, the next day Goldman Sachs; one day, the regulatory authority, the next day an energy company. Instead, we need new forms of public institutions which are transparent and open to participation, which are organised decentrally and which can therefore adapt to different contexts. A participatory democracy of this kind empowers the population and turns them into citizens who can take over public institutions and take the public welfare into their own hands. In the energy and food sectors, exciting experiments of this kind are under way from which valuable lessons can be drawn.

More fairness in life and work

With this update of Prosperity without Growth, Tim Jackson is taking the debate about a new economics forward. This is in itself an important accomplishment, and for that reason his book must remain a standard work for the growth debate. But at the same time his book is also a starting point for further analysis that gets to the root of the internal dynamics of the system. Presumably this also involves a critical inquiry to find the correct term for the system we live in. I fear that the term Jackson uses – ‘post-growth capitalism’ – is an oxymoron, and ‘consumer capitalism’ is a pleonasm. We are living in a system whose determining characteristics are consumerism, the growth imperative, and the cooption of political power. Polanyi calls this the market society; many others call it capitalism. What is certain is that there are different kinds of market society and different kinds of capitalism. They take many different specific historical and geographical forms. To understand this, and to expand the scope for the sustainable and fair regulation and organisation of life and work, would be the task of an economics not limited to the search for optimisation and efficiency but defining itself as a social science seeking to understand and shape the economy and the society.

Greta has forced the change up the Czech political agenda. But how the debate will change the country’s path is still uncertain. 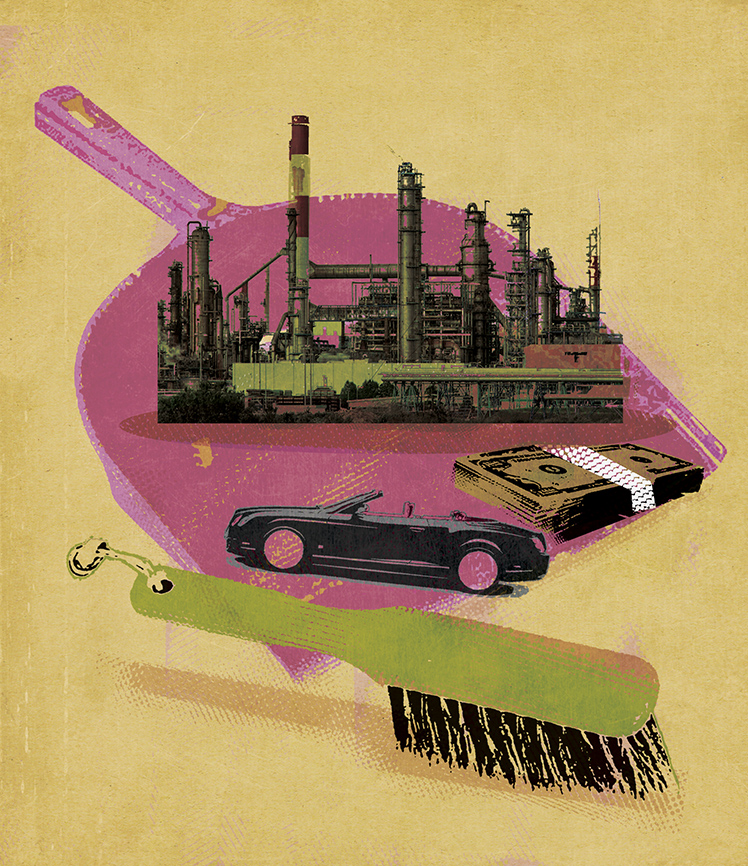