Richard Wouters is a member of staff at Wetenschappelijk Bureau GroenLinks (the think tank of the Dutch GreenLeft party).

The Cost of Not Living in Europe
By Richard Wouters

Outside the EU’s borders, hundreds of millions of people toil for our prosperity and even fight for our democracy.

ENIT
Read more
Save the Facts: Journalism as a Weapon against Disinformation
By Kathalijne Buitenweg, Richard Wouters

Social media platforms have created a situation where extreme views are amplified and facts are secondary.

An exploration of the environmental dividend as a response to the mistrust of green taxation.

Who does the ocean or the moon belong to? An interview about the legal power of 'the common heritage of mankind' concept.

As some of Earth's resources risk being depleted, could outer space become a source of raw materials in the future?

ENFRNLPLRU
Read more
There is no Planet B
By Liesbeth Beneder, Richard Wouters

Major global conflicts are not resolved in the Dutch Parliament. Nor is The Hague the centre of the world. The Netherlands’ influence is determined by the extent to which it collaborates with other countries. GroenLinks therefore needs to look across the border when defining its position on military intervention. The opinions of our allies should be taken into account. 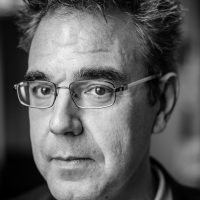