Yann Moulier Boutang thinks of us as bees. Each day we pollinate millions of digital platforms producing intelligence, information and interactions that form the core of the new economy. As part of an on-going reflection on the form capitalism will take in the future, the magazine Usbek & Rica interviewed Yann Moulier Boutang, an economist close to the Italian philosopher Toni Negri and also to the French Greens.

You use the term “cognitive economy” to describe the move from material economy to the knowledge based economy. Could you explain this to us?

Yann Moulier Boutang: We have shifted from a knowledge-based economy to an economy of knowing; from a full brain to a well crafted one. We no longer sell products.  Today we sell processes, procedures and intelligence.  The most important thing is learning, transmitting, cooperating, and caring.  Each of these somewhat subtle elements is what is key to value and innovation. This new frontier of economics is worth nearly one thousand times the value of the traditional merchant economy. This is a radical reversal for business that faces significant cultural resistance.

What type of resistance?

Take graduates from the elite French polytechnic engineering school Polytechnique for example.  They are taught in terms of “product” and “technology”, they are stuck in the same industrial process that was de rigueur in the times of Saint-Simon.  China is currently moving from made in China to designed in China, i.e. away from manufacturing and towards design. In the meantime, France is doing the opposite…it’s enough to make you pull your own hair out!   We remained governed by elitist technicians that believe that the French people are just a band of muzhiks, while they are actually moving in the right direction.  Did you know that, as a proportion of national population California’s I.T. industry has more French expatriates than India and China?

What needs to change in France to move in the “right direction” as you say?

We need an overhaul of the education system. A Canadian academic once said that the French education system was tantamount to “organizing a shipwreck to see who can swim…” I think that is an excellent definition.  In France there is no room for failure, or even for experimenting. What’s more, the cast atmosphere is very damaging: graduates from Polytechnique disdain graduates from l’Ecole normale, who disdain centraliens, etc. There is hardly any cooperation amongst them. The result is that only 30% of a given age group go to university and the failure rate after three years stands at 40%. In the United States the first three years of university are expensive but then, thanks to generous scholarships, a Master’s degree or PhD can be virtually free. In France, scholarships basically mean that a student can buy a cup of coffee or leave a tip.

Is manufacturing inevitably condemned to disappear?

Manufacturing’s share in the economy will remain on the decline.  At a certain point the decline will stabilize with manufacturing holding only 10% of overall economic value. Everything else will be played out in the factories of the future: universities.  What makes America strong today?  It’s not General Motors, but Stanford and M.I.T. Blue-collar industry is a thing of the past.  Today it’s white-collar industry that matters. Why does Germany outperform France? Because Germany has understood that the sale of a product counts less than the service.  In Germany they don’t ask you if you broke your glasses on purpose, they just replace them without making a fuss. What matters is the overall service.  People want products that last and that are reasonably priced.  The popularity of car sharing programs is the best proof of this. In the future only around 20% of people – only really hardcore car lovers – will buy their own automobile.  Everyone else could care less if the car is built in stainless steel or organic plastic, so long as it works!

Internet has ushered in the era of what you call the “pollination economy.” Can you explain the bee metaphor?

Internet is full of platforms that each of us pollinizes.  By exchanging and producing all kinds of information, we have created an immense “continent of externalities.”  The result is that people are interacting in sensational proportions. Very soon, this interaction will help us to understand emerging trends that the social sciences are unable to interpret. We’re about to enter the era of metadata and discover all that our interactions have to offer. The real economic challenge is cloud computing.  This is how American companies are able to maintain their hegemony.  As good beekeepers, companies like Cisco and Amazon have fully integrated the fact that economic value has shifted and therefore have channeled some of it while other companies remain blindly focused on production. We cannot reverse the trend of the pollination platforms or the cloud revolution; it has become a condition for survival in the market. It’s what I like to call the “forced communism of capital.”

Should Internet users who contribute content to blogs and social media be paid?

Applying the market system to the economy of contribution would be impossible.  Pollination platforms must remain free, with no provision for closure or a priori selection. Otherwise they will be turned into clubs and innovative capacity will be limited.  We’ll no longer be addressing the masses. I think we really need to establish the right to access databases. Finland is the only country to date that has enshrined in its constitution the right to not be disconnected from Internet.  It is an essential right, like the freedom of movement as enshrined in the 1689 Bill of Rights England. But we should go further.  Possession of data should be for a limited period of time.  Currently data is subject to market exclusivity, which is easily extendable. I want to be clear that I’m not advocating for everything to be made public, because making all data public would be no more of a solution than making everything private. Public goods fall under state control.  Common goods cover a much larger spectrum.

How can we create more favorable conditions for the economy of pollination?

I really believe in the adoption of a minimum citizen income.  Call it what you like: universal income, basic income, subsistence income, it’s not the name that matters. What matters is that if everyone, no matter what there social background, received around 800 Euros a month, no one would have to find a job to avoid starvation. Well, of course we’d need major tax reform in addition to that…

Could you explain in more detail the tax reform that is needed?

Our tax system is currently on the brink of total paralysis.  VAT tax, wealth tax, income tax, you name it: we’re taxing inventory and not flows.  It’s doomed to failure. The only fair form of taxation would be to levy a low level tax on true wealth on a very wide tax base. A 2% tax should be applied to all financial transactions whether they be withdrawals of a couple dozen Euros from the bank or multiple stock market transactions. Once the economy has recovered, we can decrease this to a tax of 0,5%. Currently, the State has no way of knowing the amount of the tax base before collection. Our members of parliament basically serve to vote on budgetary adjustments two or three times a year. What’s worse we have to employ thousands of people in the tax services! That is all very expensive.  I would suggest we replace all of that by giving the banks a public service role by having them collect taxes.  They could levy a 2% tax on every transaction and send the money in real time to the National Treasury. If we did that, we’d collect nearly two times the current State budget meaning we could balance the social security system.  We could even afford to pay out a universal income! Those who believe that this would be socially unfair are wrong: with a 2% tax on every bank transaction, Mrs. Bettencourt, (France’s richest citizen), would pay much more than any everyday citizen who withdraws money from the bank.

What are the different ways resources can be managed and what different outcomes does it lead to?

The Commons: A Frame for Thinking Beyond Growth Post-Growth
By Silke Helfrich

In this interview, commons scholar Silke Helfrich discusses the connection between degrowth and the commons, and how these two concepts can help us build a sustainable economy. 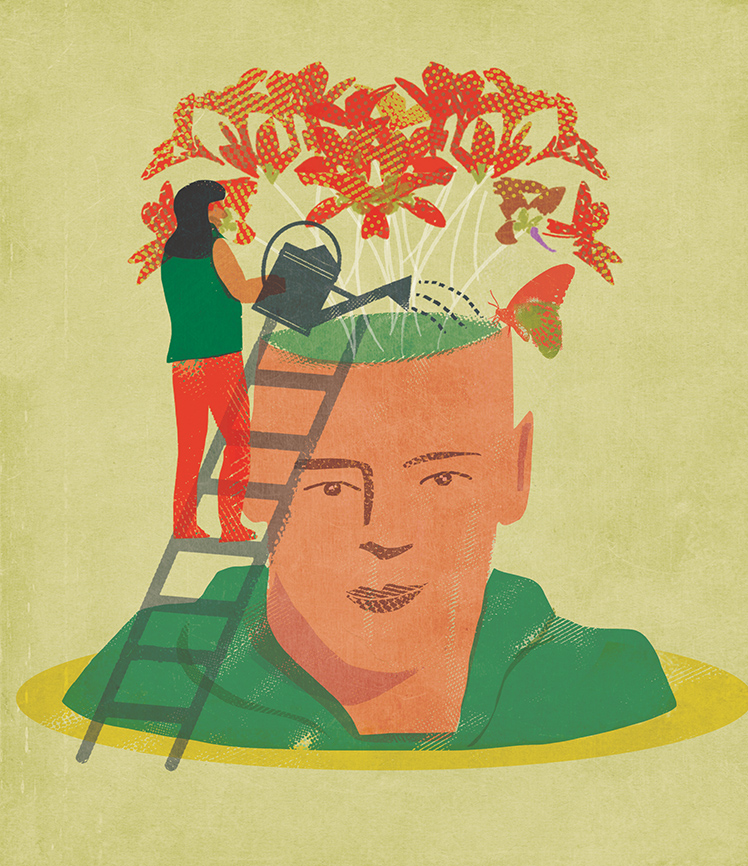